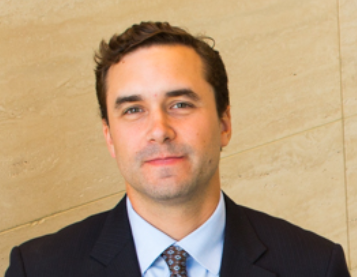 We knew this year was going to be an especially bad one for the flu. In its November 2019 issue, Scientific American, one of the country's leading science publications, included a twenty-page article titled "The Influenza Outlook", which highlighted the escalating threat of influenza for the year 2020. Unfortunately, at present, the emergence and spread of the novel coronavirus makes the flu pale by comparison.

I first learned about this new strain of coronavirus, which causes the disease now known as COVID-19, after reading a brief New York Times article in early January that discussed a “mystery virus” contracted by a growing number of people in one of China’s largest industrial cities. As a cynical health care lawyer, when I first read “mystery virus” in the headline, I was not only alarmed, but I also was unconvinced that this new threat would leave the rest of the world unscathed.

My experiences growing up in the Washington, D.C., area and working for government health care institutions and health care and defense consulting companies highly influenced me in that conclusion. Unfortunately, my initial instincts on the fast spread of COVID-19 turned out to be correct.

I grew up near Reston, Virginia, where the bestselling book The Hot Zone is set. That book addresses the origins of the Ebola and Marburg viruses and highlights the testing that took place in approximately 1989 at a laboratory very close to my home. I remember reading The Hot Zone as a teenager and being terrified by the stories of the virulent nature of those viruses, and the devastation they can cause if not contained properly. 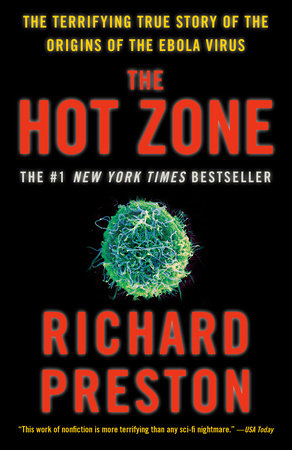 The facts and imagery surrounding the origination of the two viruses addressed in The Hot Zone created vivid parallels with this coronavirus. Theories that the Ebola and Marburg viruses may have originated in various caves in Africa and that the original hosts were bats created an unsettling overlap with the current outbreak.

Although there is ongoing debate about the exact origins of the virus and whether it originated in nature—or was man-made—the consensus in the scientific community suggests that it is zoonotic, meaning it emerged from animals, most probably from bats that passed the virus to other mammals and humans in the “wet markets” of Wuhan where animals for human consumption are butchered and sold daily.

There also is some evidence to support the host as serpents or scaly anteaters called pangolins, but, regardless of the host, the cross over to humans seems indisputable.

Once I understood that this new coronavirus had likely spread from animals to humans, the implications of a result on a scale described in The Hot Zone became a very real possibility for me.

Wuhan, the city of 11 million people

The city of Wuhan, China, is the epicenter of the novel coronavirus outbreak and is where the research should begin. One of the first things I heard about Wuhan was that it was considered by many to be the “Chicago of China” due to its geography and location.

When Wuhan went on lockdown on Jan. 23, I had a difficult time understanding how other Americans, including health care professionals, were not more concerned that a city of 11 million people and a major international industrial shipping center was being shuttered due to disease outbreak.

My concerns were heightened further when, in the face of this information, I attended a sports industry convention in Orlando, Florida, in late January. At the convention, I noticed that there were many Chinese industry professionals in attendance, and clearly many of those individuals had flown in from overseas. I suspected at that time that this disease was going to spread to the rest of the world due to its delayed incubation period.

More importantly, my experience at this conference confirmed to me that, in this global economy, nothing was going to stop Chinese businesspeople from traveling overseas, and alternatively, non-Chinese travelers would not be dissuaded from going to China unless the situation was extremely dire. Money talks, and people and businesses act based on their pocketbooks.

It seemed fundamental to me that, if the Chinese could not control a virus in one of the country’s largest cities, that virus ultimately was going to spread across the globe and through every international airport.

A wake-up call and recurring themes

To add to the already morbid vibe I was feeling during this time period, on the night of Jan. 23, NPR’s report about the escalating epidemic in Wuhan was followed by a story about the Doomsday Clock, which that very day had turned to 100 seconds before midnight, the closest it has ever come to Doomsday. Even though there was a science fiction aspect to that news coverage, I felt a very real sense of alarm, and, from that day forward, I have taken COVID-19 and the almost certain global implications for such an outbreak very seriously.

In addition to these experiences I have described, all of which sparked my early interest and concern about the current coronavirus, I also have been influenced by the writings of Margaret Atwood, especially the MaddAddam Trilogy, which takes place in a post-apocalyptic world following a global pandemic.

Atwood, a known environmentalist and animal rights activist, weaves a story that shifts between many different themes, including man’s destruction of the environment, and also focuses on the pitfalls of human nature and the mistreatment of animals. Consistent with Atwood’s themes, recent environmental crises such as uncontrollable wildfires and now the COVID-19 pandemic may portend a less-than-rosy outlook for us all unless we act fast to arrest that result.

It is hard to tell what is going to happen with the coronavirus, how many people globally will be infected, and whether it will eventually die out or become part of our seasonal flu cycle in similar fashion to H1N1. Although the Chinese government’s response to SARS in 2002 (a similar coronavirus), and the global community’s response to the Ebola outbreak in 2014, respectively, show that a dangerous spread can be contained, these viruses were not as contagious as this coronavirus and the response required was on a much smaller scale.

In the current crisis, the government, hospitals and health systems have scrambled to develop protocol and compliance monitors for addressing and controlling the pandemic. But desperate attempts to throw money at a pandemic after it has a strong foothold and global spread are not effective with a disease as contagious as COVID-19.

These protocols and policies should have been in place well before the current situation arose. But, for what appears to be political reasons, they were not, and now we are faced with a pandemic that has spread to every state in America.

Although there remains much to learn about COVID-19 and the virus’ origins, it seems to me that the government and international health organizations should be spending adequate resources now to determine the exact origins and understand its nature as a prevention and control of future pandemics.

As we look forward to the next viral outbreak, which already is being predicted, I think it is worth considering what types of monetary reserves are in place to support the efforts of government and private health systems to address such future events.

I also believe that an agency, as comprehensive and focused as the Defense Advanced Research Projects Agency, should be established within our federal government to address future pandemics and develop systems and technology to address these issues of national security. Although it is regrettable that the function of the National Security Council to address pandemics was eliminated in 2018, that is history and our focus needs to be on the future.

Hopefully, in the end, our population and government have learned powerful lessons about the need for the existence of vital government agencies, preparation, proper funding, education at the community level, and more effective ways to share open-minded dialogue and perspectives about the potential dark side of nature that results in pandemics that start halfway across the globe and quickly arrive at our doorsteps.

Ultimately, the question is whether this disease is an enemy that man will be warring with well into the unforeseeable future, or will valuable lessons have been learned and effective safeguards implemented? I, the skeptical health care attorney, am hoping for the latter.

What lawyers can do to help

I also am hoping that the legal profession, through its health care lawyers, will play a large part in assisting in this result. As regulatory lawyers, government practitioners, policy makers and transactional attorneys, we all have a role to play in taking the long view in advising our clients and applying a risk management overlay to the services we provide.

The most immediate areas of need for lawyers to assist is in addressing patient overflows and limited providers. Challenges such as these may require unorthodox public and private partnerships or other creative approaches. Lawyers in private practice should ensure that they have specialist teams in place to address niche areas such as telehealth, privacy and disclosure issues, Medicare reimbursement, standard of care and supervision, standards of practice and protocols compliance for preparedness and use of investigative and research drugs.

From a public policy perspective, I think there is a critical need for lobbyists and lawyers to advocate to the public at large to make personal sacrifices and adopt safeguards to stop the spread of a pandemic. These advocates need to convince the American people and the younger generations that their future health and financial stability depends on stopping the spread of the disease.

If and when the smoke clears from this emerging coronavirus pandemic, we will have to find creative solutions, both medical and legal, to support more effective prevention and treatment. Protecting the health of the American people for current and future generations depends on it.

Derick Blakely is a health care attorney in Nashville, Tennessee, with a large national law firm specializing in healthcare law, and he is a graduate of American University Washington College of Law and the University of Virginia. He is originally from the Washington, D.C., area and previously worked in health care and defense consulting and has served in legal capacities with federal and state health care agencies.