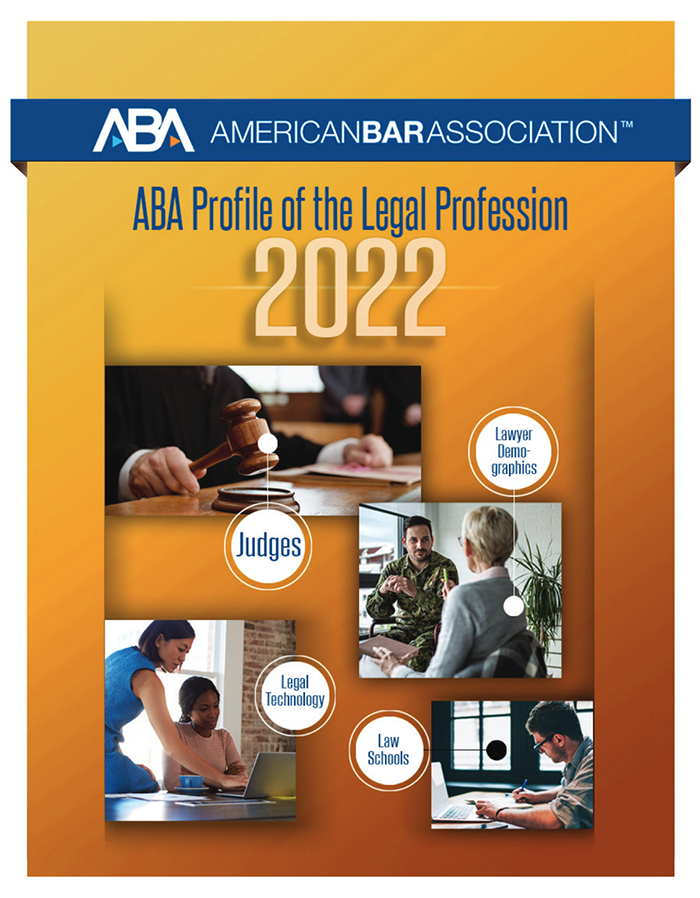 Decades later, judicial diversity remains an ongoing concern. And it is front and center of the ABA Profile of the Legal Profession 2022 report released Thursday. The American Bar Association unveiled the annual report at a webinar titled “The Changing Face of the Federal Judiciary: Is It Permanent or Temporary?” ABA President Reginald Turner introduced the panel of experts and report, which he said took a “deep dive” into the demographics of the federal judiciary.

Turner also noted some of the progress that had been made with the appointment of Ketanji Brown Jackson, who was confirmed in June as the Supreme Court’s first Black female justice.

“But is she representative of judicial diversity or is she the exception?” Turner said.

The answer, the report suggests, is that much more work needs to be done. The profile said that of the 1,400 judges serving in federal courts, most are “overwhelmingly male and overwhelmingly white.”

There are also three states—Nebraska, North Dakota and Idaho—where no women are serving as federal trial judges, the report said.

The 8th Circuit Court of Appeals serves 21 million people in seven states, yet President Barack Obama 2013 appointee Jane Kelly is the only female judge among the appeals court’s 18 sitting judges.

The report also cited a Brennan Center for Justice at NYU Law School study that found that white men also make up the majority of judges in state supreme courts.

All the same, the profile notes that the federal bench is “less homogeneous” because of new appointments of women and people of color. From Jan. 1, 2021 to June 1, 2022, the Senate confirmed 64 judges, only three of whom were white men. The profile noted that from 2020 to 2022, the share of Black, Hispanic, Asian American and female judges increased, albeit slightly.

Boston Globe columnist Kimberly Atkins Stohr moderated the panel of experts Thursday. One topic of discussion was President Joe Biden’s efforts to appoint more women and lawyers of color to the bench.

However, Tomiko Brown-Nagin, dean of the Harvard Radcliffe Institute, said she expected the pace of Biden nominees to slow, especially if Republicans regain control of the Senate after this year’s midterm elections.

“Which is not to say that Republicans don’t support diversity; it’s to say partisanship matters,” Brown-Nagin said. “This reality underscores the necessity, if one is committed to diverse judges, to get with it as soon as possible and ensure a diverse complement of judges is in the pipeline and really prioritize that.”

Russell Wheeler, a visiting fellow at the Brookings Institution and an expert on the federal judiciary, agreed that Republicans would likely resist Biden’s nominees, regardless of demographics.

“That’s just the nature of the politicized confirmation process,” he said, noting that when Presidents Lyndon Johnson and Richard Nixon were in power, a judge’s confirmation could happen in days. Now, it takes months, he said.

“We live in a different world right now,” Wheeler said.

Although the report looks closely at changes in the federal judiciary, Benes Aldana, president of the National Judicial College, said there is a lack of “meaningful data” at the state level. But he also said he hoped that data tracking would improve and “move the needle” on diversity in the state courts.

“Courts are fundamental to our democracy, and it’s important to ensure there’s trust and confidence and that the courts are accessible. Diversity makes for better decision-making,” Aldana said.

In a president’s letter in the profile report, Turner noted the 2021 appointment of Shalina Kumar, the first federal judge of South Asian descent in Michigan. In 2020, Hala Jarbou became the first Chaldean American federal judge in the nation, Turner added.

Unsurprisingly, New York and California are the two states with the most attorneys, accounting for one-fourth of all lawyers, according to the report.

While male attorneys still outnumber women in the profession, the number of female lawyers has grown by 5 percentage points in the past 10 years, the report said, from 33% in 2012 to 38% in 2022.

The report suggested the trend will continue because each year more women and fewer men are enrolling in law schools.

The profile, relying on data from the National Conference of Bar Examiners, said that after two consecutive years in which bar exam passage rates rose for first-time test-takers, the rate “dipped slightly” from 76% in 2020 to 74% in 2021.

According to the U.S. Bureau of Labor Statistics, the average wage for lawyers also decreased slightly from $148,910 in 2020 to $148,030 in 2021, or by 0.6%. The report noted that the agency’s statistics do not include law firm partners’ and shareholders’ profits.

In 2020, women who are associates and nonequity partners almost reached parity in pay with their male counterparts, according to the profile. But “a sizable gap still existed in the highest levels” and only 2% of law firms’ highest-paid attorneys were women, the report added.