As law schools admit more students, will there be enough jobs?

Following a reported 13% increase in law school applications, five of 196 ABA-accredited law schools expanded their first-year classes by more than 50% for the 2021 admissions cycle, and 36 saw growth between 20% and 41%.

Overall, there was an increase of almost 12% for students admitted during the 2021 law school admissions cycle, according to ABA 509 Information Reports released in December. Schools with the largest growth were Wake Forest University School of Law, which had a nearly 90% increase of 1Ls; and George Mason University Antonin Scalia Law School, where the first-year class grew by 76%. 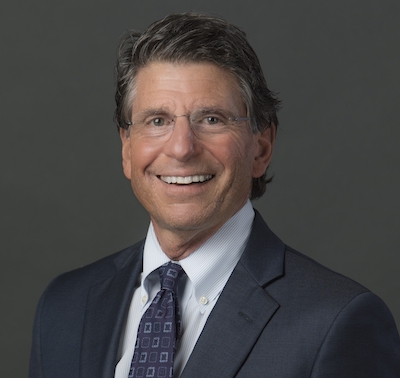 Schools are coming off an unpredictable admissions cycle, thanks to the COVID-19 pandemic, says Ken Randall, GMU’s law school dean. Its 2020 first-year class had 149 members, compared with 262 in 2021.

“We do not expect to have that large of a class for next year, even though applications are up. We are built for a student body that is closer to somewhere between 180 and 200,” says Randall, whose school added a fifth section for the 2021 entering class. It has not hired new tenure-track faculty members but did add adjuncts to teach legal writing.

“Our building can accommodate the size of the student body. Next year we hope it will be a little bit larger, but who knows,” says Charles Campbell, the dean of Faulkner Law. The school has 108 2021 first-year students, compared with 67 in 2020, and Campbell says it recently has hired a tenure-track professor and a visiting professor.

He wants to increase enrollment and improve metrics concurrently. Between 2020 and 2021, the law school’s median LSAT score went from 148 to 150, but its median undergraduate grade point average slightly decreased, from 3.28 to 3.23.

Some law schools with significant class-size increases recently introduced hybrid programs, many of which are partially remote, and deans say the offerings also play a role in larger entering classes. Faulkner in August 2020 added an executive JD, in which one-third of the coursework is done online. And at GMU, the part-time evening program now allows participants to attend in-person classes as few as two nights a week. The program, known as Flex-JD, has grown from 15 to 45 students in the past year, Randall says.

At Case Western Reserve University School of Law, which had a 41% increase in its 1L class, spring and summer start dates were added in 2021.

“More and more we live in a culture where people decide they want to do something, and they want to do it right now. With the pandemic upheaval it seemed like a good time to start a spring option for students,” says Jessica Berg, the law school’s dean. The school had 112 first-year students in 2020 and 158 in 2021.

There are concerns that the demand to attend law school won’t match the supply of jobs. For 2019 and 2020 graduates, the employment rate is 80%, says Jerome Organ, a professor at Minnesota’s University of St. Thomas School of Law. To keep that employment outcomes around 80% for 2024 graduates, the legal profession would need to add 3,200 more jobs, he wrote at TaxProf Blog. The 80% reflects combining job outcomes for the classes of 2019 and 2020 using data from the National Association for Law Placement, and it is based on bar-passage required and JD-advantage jobs that are full-time and long-term.

A handful of law schools did not increase first-year class sizes, including the University of Arkansas School of Law-Fayetteville. For both 2020 and 2021, the law school had 130 first-year students.

“We will try to be steady, until we have a reason not to be, with job outcomes. There would need to be some sort of sustained trend of us feeling we could meet the demand,” says Margaret Sova McCabe, who until recently served as the law school’s dean. Its class of 2020 had 112 members; 76% had full-time, long-term jobs that require bar passage, and 11% had full-time, long-term JD advantage positions. Job outcomes for the class of 2021 is not yet available.

McCabe, now a law professor and the university’s senior advisor for strategic projects, says her opinion is strongly influenced by teaching during the Great Recession and seeing students have job offers withdrawn, while some never found legal work.

Others are confident their school’s larger entering classes will not pull down employment outcomes.

“We have new talent in our career services offices. We are admitting people we believe can get good jobs,” says Susan Freiwald, the dean of University of San Francisco School of Law, which had a 40% increase in the entering class, with 148 students. The class of 2020 had 124 graduates; 48% had full-time, long-term jobs that require bar passage, and 16% had full-time, long-term JD-advantage positions.