California lawyer among those on lockdown in Spain amid coronavirus 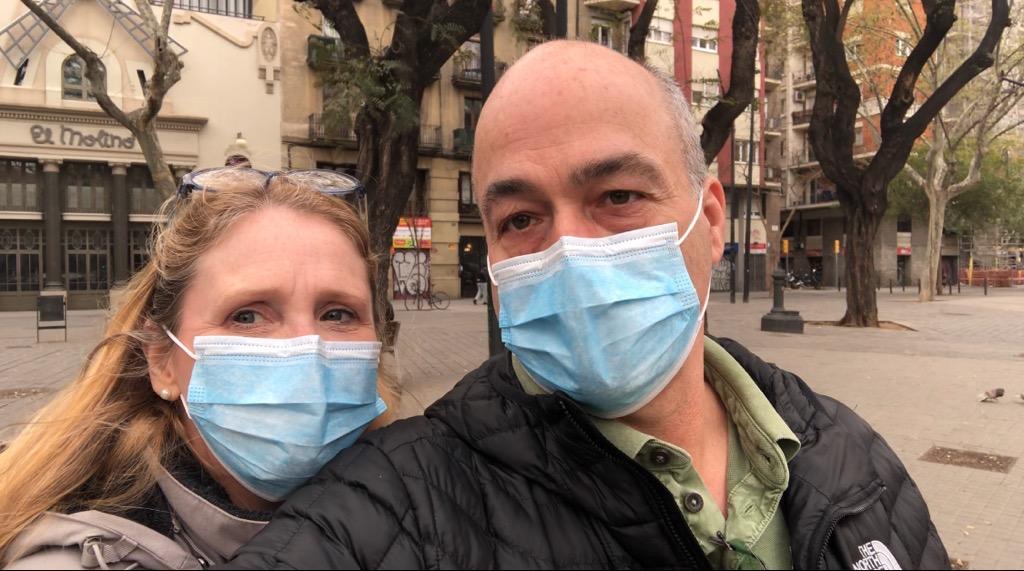 When California lawyer Joanna Mendoza boarded the Allure of the Seas cruise ship March 1 in Florida, she was eager to begin a planned 12-night journey to Barcelona.

The former State Bar of California trustee known for her outspoken advocacy of legal regulation reform had already decided on famous sites she wanted to see with her family during their first time in Spain, among them La Sagrada Família and Montserrat.

Her excitement about the trip was dampened somewhat by news reports she saw aboard the cruise indicating the coronavirus was spreading rapidly across the globe, including in Europe, but she and the other passengers were still able to disembark in Barcelona on March 13.

But the very next day the Spanish government declared a state of emergency and imposed a nationwide lockdown in hopes of slowing the spread of COVID-19. As a result, Mendoza and her family are uncertain about when they will be able to leave the country and adjusting to life abroad during a global pandemic.

“We are taking it day by day and making the best of the situation,” says Mendoza, who is joined in Spain by her husband, Joe, and their son, Joshua.

Spain’s government reported Thursday that more than 17,000 people in the country have been infected by COVID-19 and more than 750 have died.

But Mendoza says her family decided to stay in Spain rather than try to travel back to the U.S.

“We got the impression from various news reports that the U.S. was behind other parts of the world with respect to understanding and trying to mitigate what was happening,” she says. “Also, since our plans were to do Spain and then Portugal over two months, leaving mid-May, we thought the worst would be over long before the end of our trip.

“Given that there are no runs on the stores here such that we have easy access to all we need, and we are in an apartment, it is easier to stay than to fight crowds of people trying to get back in the U.S. only to self-isolate upon arrival anyway,” Mendoza adds. “We did this to appreciate other cultures, and this allows us to do that in an extraordinary situation.”

She says it has also been very moving to watch Spaniards come out on their balconies every night to applaud and bang pans to show their appreciation for the country’s health care workers amid the coronavirus. Mendoza has been sharing updates about her trip on her Twitter account, @LegalDisruptor.

Mendoza, a 56-year-old attorney with a background in intellectual property law, resides in the community of Rocklin outside of Sacramento. The first coronavirus-related fatality in California was an elderly Rocklin resident who had been on a cruise in February.

Prior to her departure to Spain, the main legal work Mendoza did was help her husband’s California-based small business with patent, trademark and human resources matters.

Mendoza was also serving on the State Bar of California’s Task Force on Access Through Innovation of Legal Services. The panel had been tasked with “identifying possible regulatory changes to enhance the delivery of, and access to, legal services through the use of technology, including artificial intelligence and online legal service delivery models.” Mendoza, along with the other members of the task force, were named Legal Rebels for 2020.

The task force approved its final recommendations Feb. 24. One proposal called for a new working group to explore the development of a regulatory sandbox in which nontraditional legal services providers could test out innovations to serve legal consumers without fear of being accused of the unauthorized practice of law. Mendoza played a key role in crafting that proposal.

The California bar’s Board of Trustees approved some of the task force’s recommendations, including seeking public comment on two ethics rules changes. But the board postponed until May action on the sandbox proposal, the bar said in a press release.

Mendoza and her husband left for Florida to begin their journey to Europe two days after the bar task force’s final meeting.

Mendoza and her family plan to remain in Barcelona until at least early April, which is when they hope to leave for Seville, Spain, to continue their European trip. But she acknowledges their plans may change again because of the coronavirus and says her family is trying to remain patient about the situation.

Previous:
Can companies be held liable when their employees fall ill with the coronavirus?

Next:
Outbreaks of disease have shuttered the Supreme Court going back more than 2 centuries