Nothing is off-limits for this California bar task force 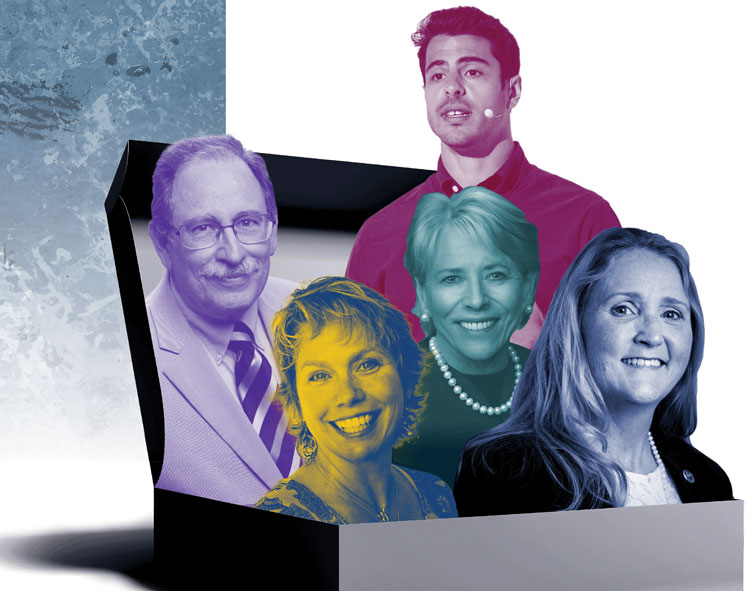 Joanna Mendoza spent her legal career in California working with clients facing business litigation and intellectual property issues. However, it’s her life experience that gave her empathy and formed her vision for what access to those legal services should look like.

As a child in a blue-collar family, she grew up in government housing and received free school lunches. She was a first-generation college and law school graduate, and even after establishing herself as an attorney, she lost her home and went on government aid during the Great Recession.

So, when she became a trustee for the State Bar of California in 2013, she aimed to improve the profession’s ability to provide legal services from the inside. She had the ability to put herself in the position of a person in need of legal services, which allowed her to see the faults of the current regulatory structure.

Now, she is taking one more stand on the side of legal consumers before retirement as a member of the California bar’s Task Force on Access Through Innovation in Legal Services. The group, which laid the groundwork for what could become the largest modern reform to the state’s professional rules potentially set a road map for others around the country.

“It was my last chance before I moved on with my life to actually make a difference,” says Mendoza, 56. “We’re failing at providing legal services to the masses.”

Economic stress and inflexible regulations are reasons why people and corporate clients have changed how they access legal services or forgo legal help entirely, according to a report to the state bar prepared by Indiana University Maurer School of Law professor Bill Henderson. In his report, Henderson argued: “The law should not be regulated to protect the 10% of consumers who can afford legal services while ignoring the 90% who lack the ability to pay.”

In response, the task force was created with a mission to think holistically about regulatory changes to improve the public’s access to legal services.

“The charge was to take a step back and say, ‘Are those the right rules to begin with?’” says Toby Rothschild, 75, a task force co-vice chair who is of counsel to OneJustice, a pro bono network. If not, their goal was to rethink professional and court rules, statutes and other policies that could improve access to justice without sacrificing public protection, he says.

The task force, consisting of 22 members—half of whom are not lawyers—provided 16 options for further consideration by the bar’s Board of Trustees. Specific reforms included proposals relaxing unauthorized practice of law regulations to allow certain qualified nonlegal professionals to provide legal services under certain conditions, and recommending that long-standing prohibitions against fee-splitting and nonlawyer ownership of law firms be largely eliminated.

Historically, going after these rules provokes strong reactions and proves to be the third rail for legal reformers. However, the intellectual sparring within the task force was exciting and respectful, says Joyce Raby, 56, executive director of the Florida Justice Technology Center who serves as co-vice chair of the California task force. Raby was previously at the Legal Services Corp., where she helped create the Technology Initiative Grant Program (see “A Rewarding Mission.”)

Even with strong differences among members, the group showed it can address concerns and incorporate different views while improving each other’s recommendations, as opposed to playing for all or nothing, she says.

The task force’s work comes at a time when people in the U.S. are struggling more than ever to find and afford legal services.

The World Justice Project, which tracks the rule of law, including access to legal counsel, has reported a decline in Americans’ ability to access counsel between 2010 and 2018. Low-income Americans fall into the access-to-justice gap by receiving inadequate or no help for 86% of their civil legal problems; and only 39% of moderate-income respondents to an ABA survey turned to the legal system when dealing with a civil issue. This problem even exists in California, with its nearly 80,000 employed attorneys.

“We all see a huge need,” says California Second District Court of Appeal Presiding Justice Lee Edmon, 64, who chaired the task force and has seen self-represented litigants in her court. “The justice gap just seems to be getting bigger.”

With all options on the table, the task force had the space to think about what an ideal outcome would be and not just what was politically expedient.

“I think it’s important not to think about short-term wins all the time,” says Andrew Arruda, a task force member and co-founder of Ross Intelligence, a legal research company. “I think we need to lead with our big, audacious goals and then from those goals work backwards with really actionable things we can do in the short- to middle-term.”

Those audacious goals were released for public comment this past summer to responses varying from hostility to genuine support. Beyond private meetings and public town halls held by task force members, 2,882 written comments were submitted. With these comments, the task force revised recommendations that will now go in front of the Board of Trustees, which will determine the fate of each recommendation. Those that move forward may be considered by the state’s supreme court, the state legislature or both.

California’s work is being watched closely by others around the country. The output from the task force has “contributed mightily to the national discussion around access to justice and whether the [ABA Model] Rules may be contributing to that problem,” says Jayne Reardon, executive director of the Illinois Supreme Court Commission on Professionalism.

Other states are considering their own changes. In August, the Utah Work Group on Regulatory Reform put forward recommendations that would scrap their existing regulatory system for one that ensures that consumers have “access to a well-developed, high-quality, innovative and competitive market for legal services.”

In late September, the Oregon State Bar Board of Governors signaled it was interested in licensing paraprofessionals who could offer limited legal advice and allow those without JDs to sit for the bar.

And in October, the Arizona Task Force on the Delivery of Legal Services called for the elimination and modification of state ethics rules that prevent nonlawyers from co-owning a law firm.

The commonalities between all four states’ approaches may be an indication of a growing consensus around rules reform, even if it might not be known what the outcome of these efforts looks like for some time.

“We know what needs to be done,” Mendoza says. “It’s just frustrating that it can’t happen quicker.”

This article first appeared in the February-March 2020 issue of the ABA Journal under the headline “Outside the Box: Nothing is off-limits for the California bar’s Task Force on Access Through Innovation in Legal Services”