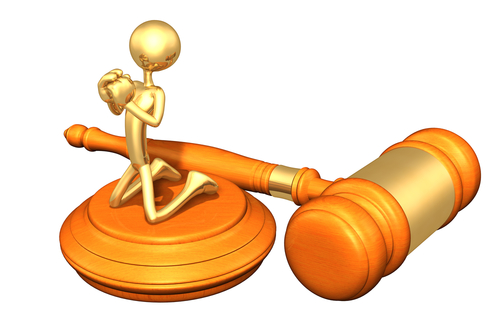 A federal appeals court has issued a writ of mandamus that requires a Detroit federal judge to reconsider his rejection of a plea bargain after telling the parties that he disapproved of deals that require defendants to waive appeals.

The 6th U.S. Circuit Court of Appeals at Cincinnati said U.S. District Judge David M. Lawson of the Eastern District of Michigan made two mistakes that violated Rule 11 of the Federal Rules of Criminal Procedure, which covers plea bargains. The April 26 decision is here.

First, the appeals court said, Lawson said at a pretrial hearing he had a long-standing practice of rejecting plea agreements that require defendants to waive sentencing appeals and collateral review. Lawson said he intended to continue that practice.

Statements that express a preference for or against certain plea-bargaining terms in unfinalized agreements constitute an impermissible participation in plea negotiations, the appeals court said.

Second, the 6th Circuit said, Lawson abused his discretion because he did not state case-specific reasons for rejecting the agreement that included his disfavored waivers.

A judge “cannot reject a plea agreement based on abstract or extraneous policy considerations unrelated to the particular case because a court which does that abdicates its duty to exercise any discretion at all,” the appeals court said.

Hessick was particularly troubled by the 6th Circuit’s language requiring judges to list case-specific rather than broader reasons for rejecting plea deals.

“I can’t begin to explain how absolutely bonkers this last argument is,” Hessick tweeted. “It is completely unsupported by the relevant legal rule, and it turns the separation of powers on its head. It says prosecutors, rather than judges, ought to control the entering of a criminal judgment.”

The court ruled in the case of Ashley Townsend, who agreed to plead guilty to a drug and firearm charge. In the rejected plea deal, Townsend agreed to waive any right to appeal the conviction and to waive any appeal of a sentence that doesn’t exceed 300 months. Townsend also waived most rights of collateral review.

The deal would have reduced Townsend’s mandatory minimum sentence by half, to an aggregate of 10 years, the 6th Circuit said.