For lawyers with autism, the work often pairs up with things they do well

When not in court, attorney Shain Neumeier sometimes wears a pair of Bose or Skullcandy over-the-ear headphones that cut back on background noise. These headphones can even been seen in Neumeier’s LinkedIn profile photo.

“It’s part of my turtle shell; I function better tuning out stuff. And as I see it, I’ve earned my place here. I look weird and act weird—deal with it,” says Neumeier, who was diagnosed with autism in 2010, a year after graduating from Smith College. Neumeier is a Massachusetts sole practitioner who does panel attorney work for the state public defender’s office, handing civil commitment and guardianship defense matters.

“The advantage I have is that I have memorized and know how to apply information that other people apparently don’t give enough attention to,” says Neumeier, who mostly does bench trials. For courtroom interactions, Neumeier learned to focus on facial expressions and how they should be interpreted. 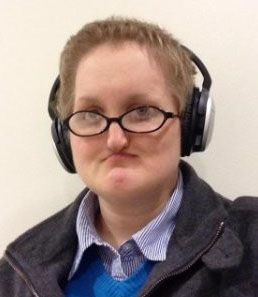 “A lot of the stuff I know factually,” says Neumeier, whose preferred personal pronoun is “they.”

And even if Neumeier can’t, in real time, interpret answers, they can call on their knowledge of facial expressions and how the expressions match with certain emotions, and have a pretty good sense of how someone will react to a question before asking it in court.

Haley Moss, a newly admitted lawyer in Florida who has autism, was billed by some earlier this year as one of the first attorneys to publicly identify as having the disability. But Neumeier and others say there are more attorneys with autism than people realize.

“I think people are becoming more willing to be out of the closet because some of the stigma is gone. It’s not just a bunch of people who are sitting in corners banging their heads; we are fully functioning,” says Michael Gilberg, a special education and disability rights attorney in New York, who was diagnosed with Asperger’s syndrome when he was 18. He graduated from Elisabeth Haub School of Law at Pace University in 2007 and is admitted to practice in New York and Connecticut.

For Moss, a first-year associate at Miami’s Zumpano Patricios, much of her work focuses on managed health care and terrorism issues in international law. She was diagnosed with having autism when she was 3 and went public with classmates in the ninth grade, when proceeds from an art show she did were donated to the University of Miami-Nova Southeastern University’s Center for Autism & Related Disabilities, a state-funded group that does outreach and support. 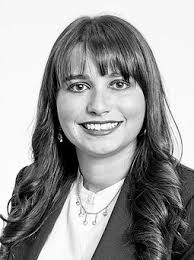 As a teenager, Moss wrote and illustrated a book about navigating junior high social situations, titled Middle School: The Stuff Nobody Tells You About. When asked if a similar book could be written about law school, she laughs, and adds that she doesn’t know how many people with autism go to law school. She could see writing something more inclusive, about the workforce in general for adults with autism.

“With middle school, there are social rules and things that aren’t quite obvious. With law school, it was about understanding people. Not everyone is comfortable sharing their outlines or information about teachers. I was always very happy to connect and help other students while I was in law school, and I thought we all had the same goal,” says Moss, who graduated from the University of Miami School of Law in 2018. She enjoyed writing and public speaking as long as she could plan for it, but disliked when professors used the Socratic method.

“I didn’t always know what to expect, and sometimes it takes me a little extra time to process unpredictable, on-the-spot information like that, especially in front of other people,” Moss told the ABA Journal.

What worked better for her were “on-call panels,” where a professor would give advanced notice and designate several students to participate on a given day rather than call on random students, because she knew what would be expected. As a lawyer she would like to go to court more, but says that in her first year of practice, she’s still learning different skills that aren’t taught in law school. Also, Moss says she thinks that while being comfortable with responding to spontaneous questions from the bench is a good skill, talent at detecting patterns and nuances in court is beneficial too.

Neumeier, meanwhile, says they enjoy document review, but not traditional networking, which could be said for many attorneys.

“We need to overhaul the experience of the 80-hour workweek, as well as the experience that all social engagements have to involve drinking and loud bars,” says Lydia X.Z. Brown, a fellow at the Bazelon Center for Mental Health Law. Brown identifies as an “autistic person,” rather than as someone who has autism. 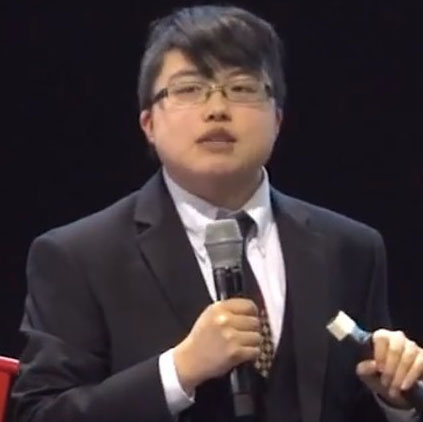 A 2018 graduate of Northeastern University School of Law who is licensed to practice in Maryland, Brown says there are various unspoken rules about being a lawyer, and that can be difficult for attorneys who have autism. For instance, Brown recalls that applicants for a certain fellowship are supposed to follow an unofficial rule of making one phone call to one of the people in charge.

“It doesn’t state that on the application,” says Brown, who attended law school on a full-tuition scholarship, and describes the overall experience as negative, in terms of interactions with faculty and classmates.

If law schools want to be more supportive of their students with autism, administrators should hire and retain more faculty who have had marginalized experiences, including individuals who are openly disabled, Brown says. Changing the curriculum, which Brown describes as “archaic,” would help too.

“It doesn’t serve people who can’t function in a high-stress level for three years. That ultimately sidelines many folks,” says Brown, who disagrees with the notion that law school needs to be stressful to produce individuals who are capable of practicing law.

“Even if it’s true that the practice of law is stressful, that doesn’t mean that we have to voluntarily choose to pile stress and emotional abuse on people during the learning phase,” says Brown, who has taught as a visiting lecturer at Tufts University’s Experimental College.

“My policy was, ‘What can I do to be as supportive and affirming of everyone as possible,’ ” Brown says. “I learned from teachers and professors who were bad and thought, ‘How can I be the opposite?’ ”