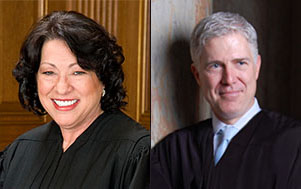 The U.S. Supreme Court ruled Thursday that the federal government can assert the state secrets privilege to block release of information about the existence of an alleged secret CIA detention site, said to be in Poland.

The high court ruled against suspected terrorist Abu Zubaydah, who is also known as Zayn Al-Abidin Muhammad Husayn, a Guantanamo detainee who wanted to subpoena information from two CIA contractors to pursue criminal proceedings against Polish officials for his alleged torture in their country.

“In a word, to confirm publicly the existence of a CIA site in Country A, can diminish the extent to which the intelligence services of Countries A, B, C, D, etc., will prove willing to cooperate with our own intelligence services in the future,” Breyer wrote in a section of his opinion joined by four justices.

Breyer was one of six justices who agreed Zubaydah’s suit seeking the information should be dismissed.

“Zubaydah seeks information about his torture at the hands of the CIA. The events in question took place two decades ago,” Gorsuch wrote. “They have long been declassified. Official reports have been published, books written, and movies made about them. Still, the government seeks to have this suit dismissed on the ground it implicates a state secret—and today, the court acquiesces in that request. Ending this suit may shield the government from some further modest measure of embarrassment. But respectfully, we should not pretend it will safeguard any secret.”

In a partial concurrence, Kagan agreed that testimony concerning the location of the detention site would pose a reasonable danger of harm to national security but said the suit should be remanded for Zubaydah to pursue information about his treatment there.

Justice Clarence Thomas, joined by Justice Samuel A. Alito Jr., wouldn’t have assessed the government’s reasons for withholding the information. Rather, they would have tossed the case because Zubaydah had demonstrated only a “dubious showing of necessity.”

The case is United States v. Husayn aka Zubaydah. Hat tip to SCOTUSblog.