If you pass the bar on first attempt and want to be a lawyer, you're likely to get hired, 2021 grads say

For the class of 2021 at the Golden Gate University School of Law, both the first-time bar pass rate and the rate of employment in full-time, long-term jobs practicing law are below 41%.

However, if you passed the bar on your first try, the data is promising. According to numbers released by the ABA on Tuesday, the law school had 54 first-time bar passers for 2021, and for the graduating class that same year, 69 members had full-time, long-term jobs practicing law.

Golden Gate did not immediately respond to an ABA Journal interview inquiry about why there are more people from the class of 2021 who had bar-passage-required jobs than graduates who passed a bar for the first time during the same year. Legal academics and career services staff from other institutions told the Journal it’s possible a few of the 2021 first-time bar passers graduated in different classes, and some 2021 graduates who didn’t pass on their first try may have secured a JD-required job before bar results were released.

Jessica Cook is one of Golden Gate’s 2021 graduates who passed a bar on her first try and got a long-term job practicing law full time. Everyone she knows from her class who is a first-time bar passer found attorney work quickly. She’s an associate at San Francisco’s Girard Sharp, and her law school’s two year-bar passage rate, based on the class of 2019, is 66.67%.

Cook took off work in May and June to focus on bar study. She and her fiancé left their apartment and moved in with his mother so they could live rent-free while Cook studied.

“This is two months out of your whole life. My friends who didn’t pass the first time, they let their jobs take over their time, or they didn’t make preparations for the bar,” she says. 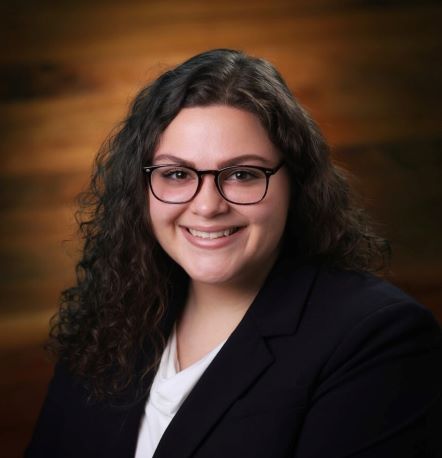 Melissa Heinz, a 2021 graduate of the Western Michigan University Thomas M. Cooley School of Law, also passed a bar on her first attempt, and she secured a full-time, long-term job practicing law at Gruel Mills Nims & Pylman, a plaintiffs personal injury law firm in Grand Rapids, Michigan. She too says everyone she knows from her class who passed a bar on their first attempt found work practicing law.

“The bar exam is the Super Bowl game of all time for your career. Go out there and just win,” says Heinz, adding that it’s not as scary as many think. “It was a good opportunity to appreciate all the years of work I did to be in a field I’ve wanted to be in since I was in middle school.”

While studying for the bar, Heinz spent most evenings on the phone with a mentor, who graduated from Cooley a semester before her and also passed a bar exam on his first try. She would read aloud difficult practice essay questions, and they worked through answers. That helped her find the best answers and quell her anxiety before going to bed.

She did work while studying for the bar, putting in four-hour shifts three days a week at Gruel Mills. Cooley advised against it, but Heinz says the work helped jog her memory on tort law.

Another Cooley Law 2021 grad, Michael Faulkner, did not work while studying for the bar exam, which he passed on the first try. He went to the school’s Florida campus and in his third year started a clerkship with Jones, Haber & Rollings in Cape Coral. The firm let him use an empty office for bar study. Like Heinz, everyone he knew who passed a bar on their first attempt found work.

Faulkner says he was at the office studying five days a week, from 8 a.m. to 5 p.m., and often on Saturday mornings too. Now an associate at the firm, he set aside money from law school loans and his clerkship to cover living expenses for the two months he didn’t work.

“You spend three or four years going to law school, you need to take those two months of bar study seriously,” Faulkner says.

“The bar exam is definitely a barrier to the profession when there’s not support. A lot of it comes down to whether you have the privilege to take time off work. Communities who are otherwise disadvantaged don’t have those opportunities,” says Rollins, an associate at Minneapolis’ Baillon Thome Jozwiak & Wanta. She worked part-time there while studying for the bar and also had financial help from family.

Additionally, Rollins took a bar prep class taught at Mitchell Hamline during her third year. Law schools are doing a lot to help students pass the bar, according to Aaron Taylor, executive director of the AccessLex Center for Legal Education Excellence. The organization recently awarded grant money for a project slated to start in 2023 that will explore the impact of stipends on bar study and outcomes.

Participating schools are the University of the District of Columbia David A. Clarke School of Law and Western New England University School of Law. For UDC, the 2021 first-time bar pass rate is 32.5%, and its two-year pass rate, based on the class of 2019, is 66.67%. Out of 48 graduates in 2021, 14 had full-time, long-term, JD-required jobs.

“Even if you fail the bar the first time but end up in a decent job, failing the bar still delays you from launching your career in a way that most people envision when you walk in the door of law school,” Taylor says.

Employment data for 2021 graduates shows a vibrant job market for new lawyers, but it’s too soon to predict the 2022 market, adds Taylor, who thinks law school enrollment will be a significant factor.

“The key will be to maintain responsible enrollment numbers, and also plan for any lagging effects of a pandemic and the overall economic climate,” he says.

While the number of jobs for new lawyers increased the past year, some law schools showed less than 45% of 2021 graduates in full-time, long-term, JD-required positions. Here are the 10 law schools with lowest outcomes in that category, based on ABA employment data.

Some law school say their low employment outcomes are related to bar exam pass rates. Out of the 10 law schools with the lowest percentages of 2021 graduates in full-time, long-term, JD-required jobs, all had first-time test-taker pass rates below 68% percent in 2021. Academics note that some 2021 first-time test-takers may have graduated from law school prior to that year. It’s also possible some 2021 graduates secured a full-time, long-term, JD-required job during law school, but were unsuccessful at bar passage on their first attempt.

Source: ABA Section on Legal Education and Admissions to the Bar.