Lawyer is sanctioned for lifting passages from opponents' motion; copying was 'neither slight nor subtle' 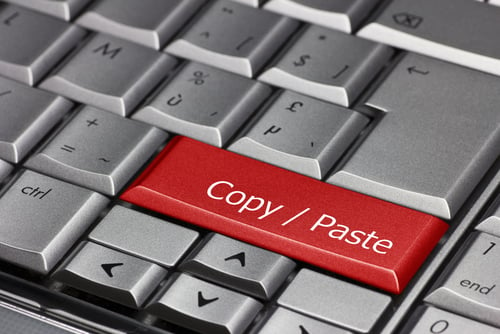 A lawyer who copied part of her opponents’ motion into her own legal filing will have to pay more than $8,400 as sanctions, a federal judge in Pennsylvania has ruled.

U.S. District Judge Gene E.K. Pratter of the Eastern District of Pennsylvania imposed the sanctions on lawyer Christine E. Munion in an Oct. 17 opinion and an Oct. 17 order.

The Volokh Conspiracy published highlights from the decision.

The money is for legal fees incurred by Munion’s opponents in their pursuit of sanctions and a motion to strike her copied document. It is about $2,200 less than the amount requested.

“The practice of law is not easy; it demands thorough research and writing, nearly always on a deadline,” Pratter wrote. “A quick turnaround does not excuse a lawyer’s ethical duties to the court, and there is never an excuse for appropriating the work of another lawyer—let alone opposing counsel—and presenting it as one’s own.”

The copying was “neither slight nor subtle,” Pratter said.

Pratter said Munion apparently lifted the material from a plaintiffs’ motion to exclude lay-opinion testimony of a police officer that she received the day before it was filed—which was also the day before the deadline for such motions.

On the day of the deadline, Munion filed her own motion to exclude lay-opinion testimony by the two plaintiffs, Gene Stilp and Stephen Connolley. She cited the same reasons as the plaintiffs did, but the similarities didn’t end there, Pratter wrote. Nearly every paragraph of Munion’s motion and brief “contain language lifted word for word” from the plaintiffs’ motion, the judge said.

Pratter said the plagiarism was apparent because Munion even included the plaintiffs’ editing errors—two missing closed quotation marks and a missing space. In some instances, she also failed to change the names of the parties.

Pratter said Munion had admitted to the copying and acknowledged responsibility “once it became clear that all escape routes were foreclosed.”

Eugene Volokh, a professor at the University of California at Los Angeles School of Law, commented on the case in his post for the Volokh Conspiracy. He noted that copying in law practice is judged differently than plagiarism in academia.

“For instance, when a lawyer copies material from a law firm colleague’s old motion, and properly adapts it for the new motion, that’s considered wise use of time and the client’s money, not plagiarism,” Volokh wrote.

But a professor who copies from another without credit would be plagiarizing, he said.

In any event, “massive copying from the other side’s work product does seem likely to arouse judges’ ire,” Volokh concluded.