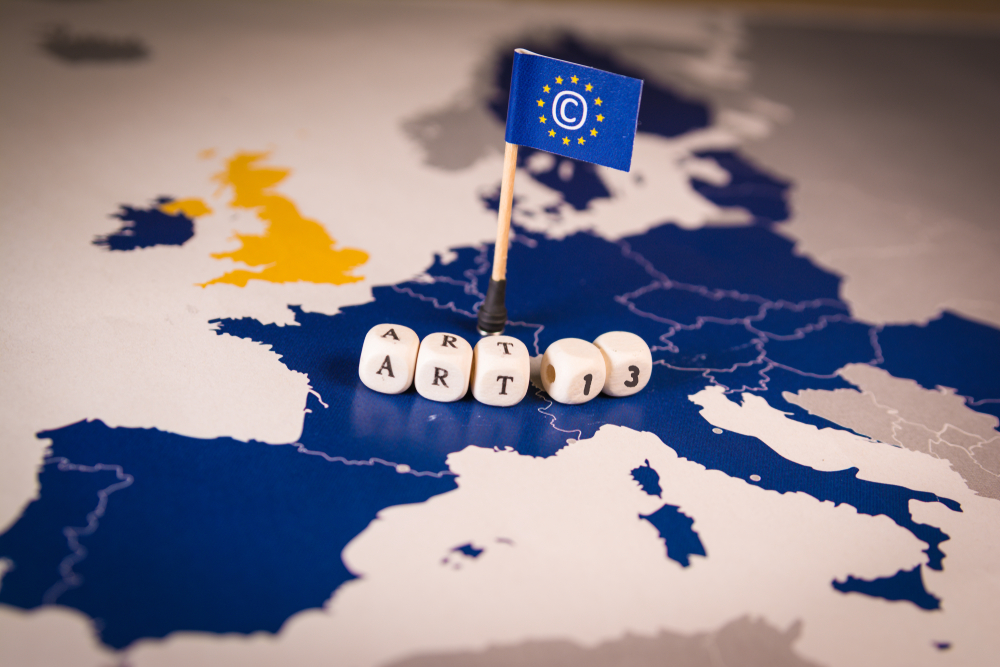 While the passport control stations and border guards have disappeared from the European Union’s internal borders—allowing goods and people to move freely—the movement of online content and services has remained a compartmentalized sticking point for the 28-nation bloc.

In 2015, the EU set out on a multiyear Digital Single Market Strategy to tear down its digital walls based on the European Commission’s expectation that it could boost the EU’s economy by about 415 billion euros a year.

Since the launch of the strategy, cellphone roaming fees have been dispersed with, streaming video and sports events are no longer limited to the country where a user has an account, and the General Data Protection Regulation created a single standard for data security.

Even with these changes, the work is not done.

“You have this almost grotesque situation, where those national borders—within the EU—can be more emphasized within the digital sphere than they are with respect to physical goods,” says Nikolas Guggenberger, a resident fellow at the Information Society Project at Yale Law School. “It’s a huge drag on any cross-border activity.”

Now, after significant debate, the European Parliament is preparing to vote on a new copyright directive that will clamp down on online copyright infringement and harmonize laws across the 28 member states, according to proponents. However, many see major hurdles to the implementation of the European Union Directive on Copyright in the Digital Single Market, which could foil its goals and chill free speech.

The lack of modern copyright standards across the EU has stunted content-sharing. According to the European Commission in 2015, more than half of Europeans use the internet for cultural reasons, like watching videos and reading media. However, 45 percent of companies reported that copyright restrictions prevented them from selling digital services abroad, and less than 4 percent of on-demand video content was accessible cross-border.

The current draft would update existing directives written in the 1990s and early 2000s and reflect how people share copyrighted media today online.

While the draft directive has 17 articles, Articles 11 and 13 have garnered the most debate.

Article 11, dubbed the “link tax” by some, would require aggregator sites like Google News to pay publishers for use of their works. Unlike the nickname would have one believe, sharing just a hyperlink is insufficient to trigger the provision, but sharing any of the content beyond a few words, like a blurb, would.

While the law intends to help copyright holders, “it is far from clear that it will actually change anything,” says Guggenberger, who was a policy analyst for a member of the European Parliament.

In Germany, Europe’s largest economy, Google News kept operating and was sued by a coalition of publishers for remuneration. While litigation around the law is ongoing, the law has so far been upheld. In response, Google stopped using blurbs when linking to those publishers’ works, putting them at a competitive disadvantage. Ultimately, without a way to make Google pay for the use of its snippets of text, the publisher gave Google a license to use them for free.

Article 13 has its implementation hurdles, as well.

Article 13 proposes that platforms be obligated to either get licenses for content users upload or apply filters so that it isn’t available, explain Christiane Stuetzle and Patricia Ernst, a partner and a senior associate, respectively, at Morrison & Foerster in Berlin.

This is an about-face from current law, which requires a platform to take down copyrighted material after it has been posted, similar to the U.S. Digital Millennium Copyright Act, says Fara Sunderji, a partner at Dorsey & Whitney in New York.

If the directive passes, human review will not be a reasonable solution to monitor an endless stream of user-generated content. To keep out copyrighted material, the platforms need an automated, high-volume solution, which will likely take the form of upload filters, Guggenberger says.

This technology, which is more hatchet than scalpel, would pre-emptively block potentially copyrighted media as it is uploaded—even if there is a free speech, fair use or satire exception—which can chill speech, he says. A blocked user would be provided an appeal process to challenge the platform’s decision.

While the passage of the directive will require a final vote in the European Parliament this spring, Julia Reda, a member of Parliament representing the German Pirate Party who does not support the directive in its current form, says there has been political and powerful corporate pressure to pass the directive before European elections in May.

Reda notes that a petition opposing Articles 11 and 13 on change.org, a petition site, has almost 5 million signatures—which broke the previous site record for signatures.

“I am sure this will become an important campaign topic, and the public will be closely watching representatives’ voting behavior,” says Reda, who is not running for re-election. “This legislative file will really put to the test who MEPs listen to: their constituents or the lobbies.”