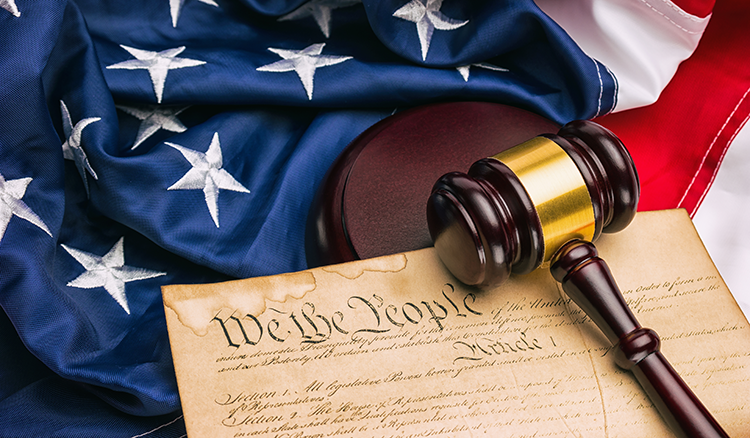 The Conference of Chief Justices has filed an amicus brief that urges the U.S. Supreme Court to reject a theory that would strip state courts of power to review state laws governing federal elections.

The conference filed the Sept. 6 brief in Moore v. Harper, a pending Supreme Court case in which the North Carolina Supreme Court rejected the state legislature’s congressional map as a partisan gerrymander.

The conference is made up of chief judges and justices on top state courts, the District of Columbia, the commonwealths of Puerto Rico and the Northern Mariana Islands and some territories.

“The conference is a deeply respected voice on issues affecting the state judiciary—no wonder, given their membership!—and it is NOT a frequent filer at the court,” tweeted Tom “T.M.” Wolf, the deputy director of the democracy program at the Brennan Center for Justice at NYU Law. “So, when it speaks, its words carry great weight. Today’s filing is of significant moment.”

At issue is the “independent state legislature” theory, which would give state lawmakers wide latitude to gerrymander electoral maps.

The theory is based on two clauses in the Constitution. The elections clause, at issue in the North Carolina case, provides that “the times, places and manner of holding elections for senators and representatives shall be prescribed in each state by the legislature thereof.”

A separate provision, the presidential electors clause, says, “Each state shall appoint, in such manner as the legislature thereof may direct, a number of electors.”

If the Supreme Court were to authorize federal judicial review of such state court decisions, “that review should be rare and extraordinarily deferential,” the brief says.

Among the publications with stories on the brief are Courthouse News Service and Law.com.