More than 3,000 people who sat for the State Bar of California’s remote October exam had their proctoring videos flagged for review, and dozens report receiving violation notices from the agency’s office of admissions.

Applicants say the issues flagged are largely technological, and many claim they had no indication of a problem until they received violation notices. Similar concerns have been reported for the Tennessee bar examination.

During a Dec. 4 meeting of the California Committee of Bar Examiners, Tammy Campbell, a program manager with the bar, reported that 8,920 applicants took the exam online. Of that group, she said, 3,190—nearly 36%—of the test-takers had their videos flagged for review.

In a statement Thursday, the bar told the ABA Journal its review of test-taker video files is ongoing, and it declined to identify how many October examinees received violation notices.

“During the video review process, a Chapter 6 Notice is issued to any applicant who is believed to have violated examination rules and policies,” the bar said. “A Chapter 6 Notice is not a finding of a violation or sanction. Rather, it provides an applicant with the opportunity to respond in writing before any finding is made.”

If a determination of a testing violation is made, bar actions could include warnings; a score of zero for the flagged sessions or the entire exam; and negative marks on character and fitness evaluations, a bar spokesperson said in an email to the Journal.

According to attorneys representing test-takers and documents reviewed by the ABA Journal, issues cited in recent violation notices include examinees’ eyes being intermittently out of view of their webcams; audio not working; and examinees not being present behind their computers during the exam.

Reginald Dulaney, whose laptop crashed while he was answering the exam’s first essay question, on Dec. 17 received a violation notice for using an electronic device during the test. Dulaney told the ABA Journal in October that he was on the phone during the test trying to seek help from both the California Bar and ExamSoft, which provided the testing software.

The first call was 48 minutes long, and the fix worked “for a good five minutes,” according to Dulaney. The second call lasted two hours. Also, he submitted his answer before it was finished because he claims ExamSoft support said the answer was needed for troubleshooting. 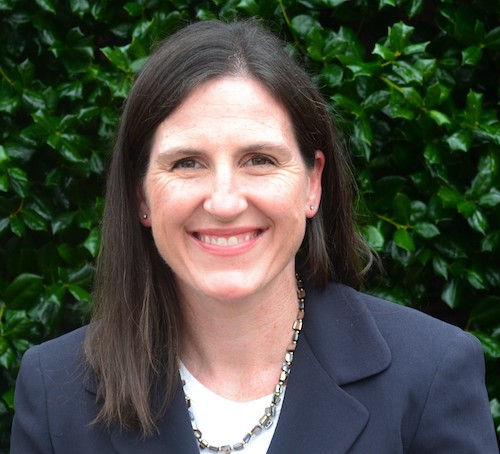 Megan Zavieh, an ethics lawyer who defends clients against State Bar of California charges, says she had signed on 19 clients who received Chapter 6 notices and fielded phone calls from many other prospective clients in the same situation as of late Thursday.

“They are panicked. Absolutely panicked,” says Zavieh, who is based in Georgia but licensed to practice in California.

Zavieh says she has heard from clients whose audio worked for the mock exam, so they believed it would work for the official exam as well. But now some of those test-takers have received Chapter 6 notices, she says.

Zavieh also criticizes the notices that pertained to whether examinees’ eyes were always visible throughout the two-day test.

“You are focusing on the exam,” Zavieh says. “You are not worried about whether at all times your eyes are visible.”

Erin Joyce, a Pasadena, California-based ethics lawyer who defends clients against state bar charges, says she, too, has fielded dozens of calls from worried test-takers who received Chapter 6 notices from the bar. She says eight examinees had formally retained her to represent them as of Thursday afternoon.

Some applicants who received notices had taken the test at major law firms whose IT departments worked to ensure the test-takers would be in compliance with the exam’s rules and technology procedures, according to Joyce.

She says it strains credulity to believe that more than one-third of online bar takers took actions worthy of having their video files flagged for review.

The Chapter 6 notices viewed by the ABA Journal give test-takers 10 days to provide a statement in response if they wish.

Both Joyce and Zavieh say some clients received unsigned and undated Chapter 6 notices.

“How do you have 10 days from nothing?” Joyce asks.

The bar did not directly respond to an ABA Journal question about test-takers receiving notices that were neither signed nor dated. It did say, however, that if its office of admissions receives applicants’ responses to violation notices along with any evidence, the information would be used to decide whether a violation notice will be affirmed. If it is, the office determines whether a sanction should be imposed.

If an applicant disagrees with the office’s determination, that person can request an administrative hearing, and an unfavorable outcome can be appealed with the Committee of Bar Examiners and, ultimately, the California Supreme Court, according to a frequently asked questions document the bar posted.

However, those applicants’ October bar exam scores will be held in abeyance while hearings and appeals are resolved, and they cannot take the February 2021 exam when determinations of previous scores are pending, the bar said in a statement.

Several law school deans on Thursday sent a letter to the state bar, urging it to allow people to sit for the February 2021 bar while they are challenging the notices.

“At your earliest convenience, we ask that you supply information regarding the number of applicants that have, or can be expected, to receive Chapter 6 notices,” the letter states.

Results from the October bar exam are expected to be released in January, the Committee of Bar Examiners was told at its December 4 meeting.

Meanwhile, Paula Schaefer, a professor and associate dean for academic affairs at the University of Tennessee College of Law, told the ABA Journal two recent graduates contacted her after receiving word the state board of law examiners embargoed their October exam scores. The issues related to problems with audio or video recording during remote proctoring. Both test-takers deny cheating on the online exam, and say they had no indication there was any problem with the proctoring footage until they received word from the Tennessee Board of Law Examiners, she adds.

“They also did practice tests, and there were no flags there. To find out after the fact that something happened is terrible. Hopefully, the board will find it was not in their control, and it was something they didn’t know,” she tells the Journal. Schaefer says one of the former students did not want to be interviewed by the ABA Journal while the matter is ongoing. The other had not responded to an interview request by press time.

ExamSoft, which also provided software for the Tennessee remote exam, did remote checks on the test-takers’ machines after they were notified of a problem, and the applicants are waiting for outcomes, according to Schaefer.

If applicants have a missing file or technical difficulties, “a given client” can ask ExamSoft to provide additional review for noted irregularities, Nici Sandberg, ExamSoft’s associate director of marketing content and communications, told the Journal in email. She added that whether any action is taken based on potential irregularities is the client’s decision.

Lisa Perlen, executive director of the TBLE, told the ABA Journal in an email that bar exam applicant information is confidential and she was not permitted to comment. According to data shared by the agency, six exam takers have embargoed scores pending board of law examiners determinations. There were a total of 677 test-takers, and the pass rate was 74.89%.

The National Conference of Bar Examiners provided testing materials with remote proctoring for jurisdictions that offered the October online bar exam. When asked for comment, it responded that the jurisdictions are responsible for reviewing any “potential bar exam administration issues.”