Rather than dwelling on the COVID-19 pandemic and how it prevented them from coming together, Emily Sheffield, the VLR’s executive editor, says they saw it as an opportunity to put their dues to good use. They wanted to do their part to fight racial injustice in the law and decided to donate the money to a diversity legal scholarship.

“In thinking about what we as law students can best do, the place to start would definitely be increasing diversity from the beginning, which is giving other individuals a chance at going to law school and letting their voices be heard,” says Sheffield, a 3L at Vanderbilt Law School. “We wanted to help give other people a chance to do what we do.”

Sheffield says they were impressed by the ABA’s Legal Opportunity Scholarship Fund, which gives up to 20 incoming diverse law students $15,000 in financial aid over three years, and encouraged all 65 VLR members to donate $30.

According to the Fund for Justice and Education, the ABA’s 501(c)(3) charitable arm that supports its public service, policy and education programs, VLR members have already donated $540 to the scholarship fund. Their gifts will help pay for a recipient’s fall semester award of $2,500.

In addition to supporting the scholarship fund, Sheffield says VLR leaders hope they can inspire law students at other universities to take similar actions.

“We recognize that we’re not perfect,” she says. “We’ve had serious blind spots on race, diversity and inclusion, and we are trying to confront those now.

“We thought that if other journal staffers could think about this, maybe it would encourage them not to be afraid of confronting inequity and ugliness in their own institutions. I think a lot of times journals focus on addressing that problem at their selection stage, when they recruit and get members, but we want to challenge them to also think creatively across the board, in places like semester dues.” 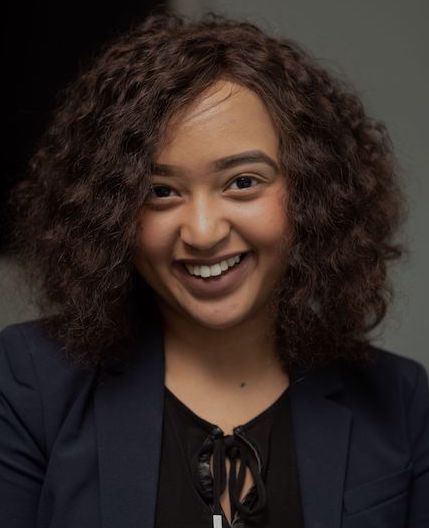 According to the FJE, the Legal Opportunity Scholarship Fund rarely receives contributions from law students. It plans to build on the Vanderbilt law students’ fundraising campaign as part of ABA Giving Day, which is tentatively scheduled for later this year.

ABA President Patricia Lee Refo points out that pursuing access to justice for all people has been integral to the association’s core mission for decades.

“We are now intensifying this effort to bolster racial equity and anti-racism throughout the legal system, especially for underserved communities hit hardest by the pandemic,” she said in an emailed statement. “The ABA Legal Opportunity Scholarship Fund is an excellent example of our ongoing work to diversify the legal profession to better reflect the rich diversity of our society.”

Memphis native Wynter Scott is one of the 350 law students who have benefited from the Legal Opportunity Scholarship Fund.

Although she didn’t grow up around lawyers, Scott quickly understood that the law school she attended would help shape her career. She says the ABA’s scholarship allowed her to choose Vanderbilt Law over the lower-ranked University of Colorado Law School, which offered her a full scholarship.

That decision, in turn, opened another door in Dallas, where she’ll start a job at Thompson & Knight after she graduates in the spring.

“The opportunities I had going to Vanderbilt I wouldn’t have had going to the University of Colorado, and I probably wouldn’t be working at the same place I’m going to be working,” Scott says. “The flexibility … having that extra money gave me was really, really helpful, and I don’t necessarily know that without it, I would have decided to go to Vanderbilt.”