Why this personal injury firm set up shop in the metaverse 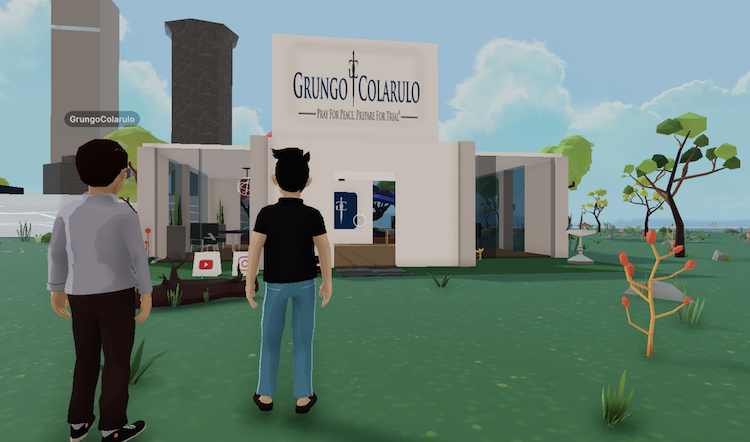 Dating back to his time watching The Jetsons as a child, New Jersey lawyer Richard Grungo Jr. has been fascinated by depictions of the role that new technologies may play in the way that we live our future lives.

In more recent years, his imagination has been captured by the possibilities offered by virtual reality, including the virtual universe featured in the 2018 film Ready Player One. 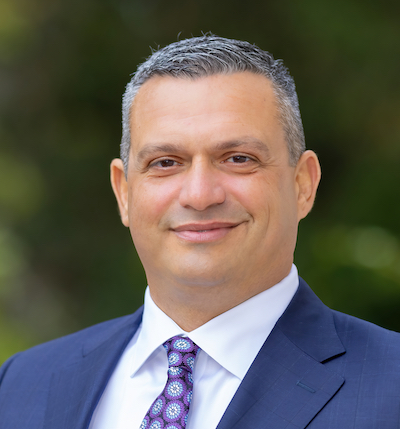 And with the continued growth of digital worlds featuring attributes of the real world, including 3D virtual spaces located in the so-called metaverse, Grungo thinks that the future is “really here now.”

As a result, Grungo Colarulo, based in Cherry Hill, New Jersey, and with offices also in Philadelphia; Medford, New Jersey; and Hamilton Square, New Jersey, recently launched an office in an online metaverse world known as Decentraland.

Grungo, a founding partner, says the personal-injury-focused firm wants to get a jump-start on competitors in a realm in which the lines between the real world and the virtual world are blurred.

“I think that there’s going to be an opportunity to connect, collaborate, transact, perform, argue, advertise and create like never before in history,” he says.

The metaverse comprises several elements of technology, including virtual reality, augmented reality and video featuring users who “live” within a digital universe, according to USA Today.

Grungo recently gave a video tour of his firm’s office in the metaverse via Facebook. He noted that the pylons outside the front entrance contain links to the firm’s website and its social media channels.

Once inside the office named “La Finestra” because of its many windows, a client or a potential client has the opportunity to interact with a Grungo Colarulo avatar. A Decentraland user could also walk to a desk in the office and see a tablet that displays Grungo Colarulo’s phone number.

“There are lots of opportunities within this office and within the metaverse to refine how we practice law, how we communicate with our clients, how we provide information to nonclients,” Grungo said in the video.

Along those lines, Grungo told the ABA Journal that the firm may host attorney-led webinars about different practice areas as part of its efforts to connect with a younger generation that comprises people who are more comfortable engaging in virtual worlds.

He also envisions possibly having meetings in the metaverse with personal injury clients.

“There’s a lot of difficult conversations I have with victims, where I think they may want to be behind an avatar to have that conversation,” Grungo says.

He notes that Decentraland is free to enter as a guest, but hardware limitations could pose a barrier for some, as a lot of processing power is needed to fully explore the metaverse.

“Our plan is to educate and guide those interested in this new frontier on what they need to get started,” says Grungo, who highlights that the firm has already begun using its social media channels to raise awareness about its metaverse office, located at Parcel -36, 150 in Decentraland. 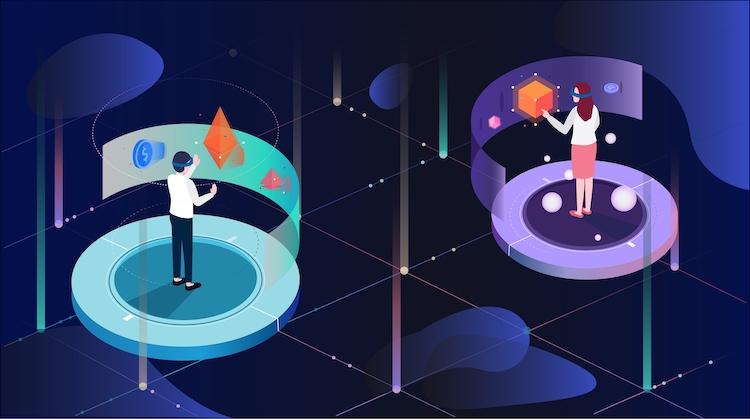 Additionally, Grungo says he hopes to host charity events in the metaverse. For example, he envisions an event for a local pet shelter that would feature a large virtual dog house.

Despite the lighter aspects of the firm’s foray into a virtual world, Grungo acknowledges that the initiative to create and maintain an office in the metaverse has not come without some trepidation.

He says when he first took the steps needed to secure a property in Decentraland and hit send to submit a payment of cryptocurrency, he held his breath in the hopes that it would work.

Grungo also notes that Decentraland is just one of several virtual universes in which the firm could have chosen to set up shop, and there is a lack of uniformity among the different worlds.

“Is Decentraland going to be the next Facebook or the next Myspace?” Grungo says. “We’re gonna find out.”

He says the firm, which typically works on a contingency basis, is not currently accepting payments of digital currency. But Grungo says if an insurance company offered to pay attorneys’ fees in cryptocurrency, the firm would consider the proposal. 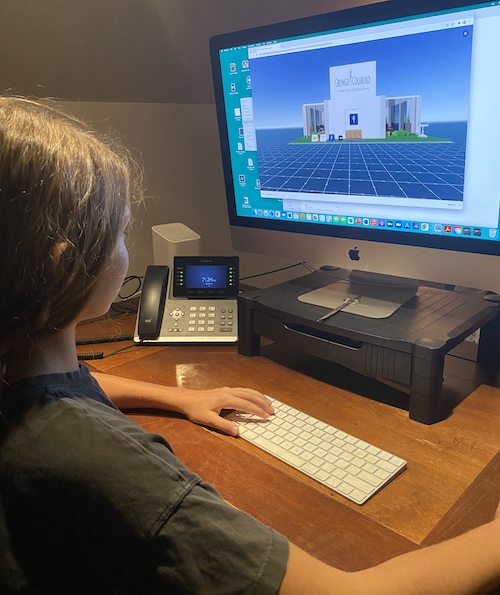 He also says he is not concerned about running afoul of legal ethics rules by operating a firm office in the metaverse.

“I believe that the ethics rules the way they’re written, regardless of the state or country, are broad enough to cover whatever activity any professional will do within the metaverse,” Grungo says. “If you do the right thing, just like you would do in the real world, you’re not going to have any problems.”

Meanwhile, Grungo shares with pride that his firm’s Decentraland office was built by his 11-year-old daughter, who has previous experience building structures in online worlds through playing the video games Fortnite and Minecraft.

Grungo says his daughter’s involvement has been one of the highlights of the firm’s entrance into the metaverse, and he looks forward to her continued assistance.

“It’s obviously great to see your daughter being creative, but she’s having fun doing it,” Grungo says. “And I frankly see so many opportunities for her in a world where she’s already an expert on maneuvering through this world and building at 11 years old.”