Much has been said about police officers and departments who violate civil rights or enforce the law in discriminatory ways. But not as much attention has been paid to the ways in which the U.S. Supreme Court has enabled police excesses and insulated police from civil or criminal responsibility, says Erwin Chemerinsky, the dean of the University of California at Berkeley School of Law and author of the new book Presumed Guilty: How the Supreme Court Empowered the Police and Subverted Civil Rights.

In this episode of the Modern Law Library, Chemerinsky discusses why the Supreme Court did not address police powers during the first century of its existence, why the Warren Court was an aberration when it came to curtailing police powers, and what his experience was like when he investigated the Los Angeles Police Department’s notorious Rampart Division in 2000.

While Chemerinsky is not in favor of abolishing police, he also suggest several pathways for the American people to reform policing systems and buttress Fourth Amendment protections without relying on the Supreme Court to hold police accountable. He also shares how he was able to finish his book on an accelerated deadline while juggling his work as an ABA Journal columnist and a dean of a law school during the COVID-19 pandemic. 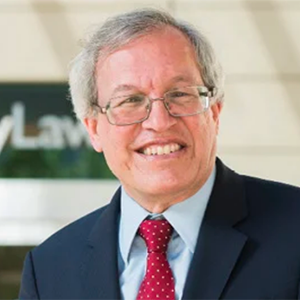 Erwin Chemerinsky is the dean of the University of California at Berkeley School of Law. He is an expert in constitutional law, federal practice, civil rights and civil liberties, and appellate litigation. He’s the author of several books, including The Case Against the Supreme Court and The Religion Clauses: The Case for Separating Church and State, written with Howard Gillman. His latest book is Presumed Guilty: How the Supreme Court Empowered the Police and Subverted Civil Rights.