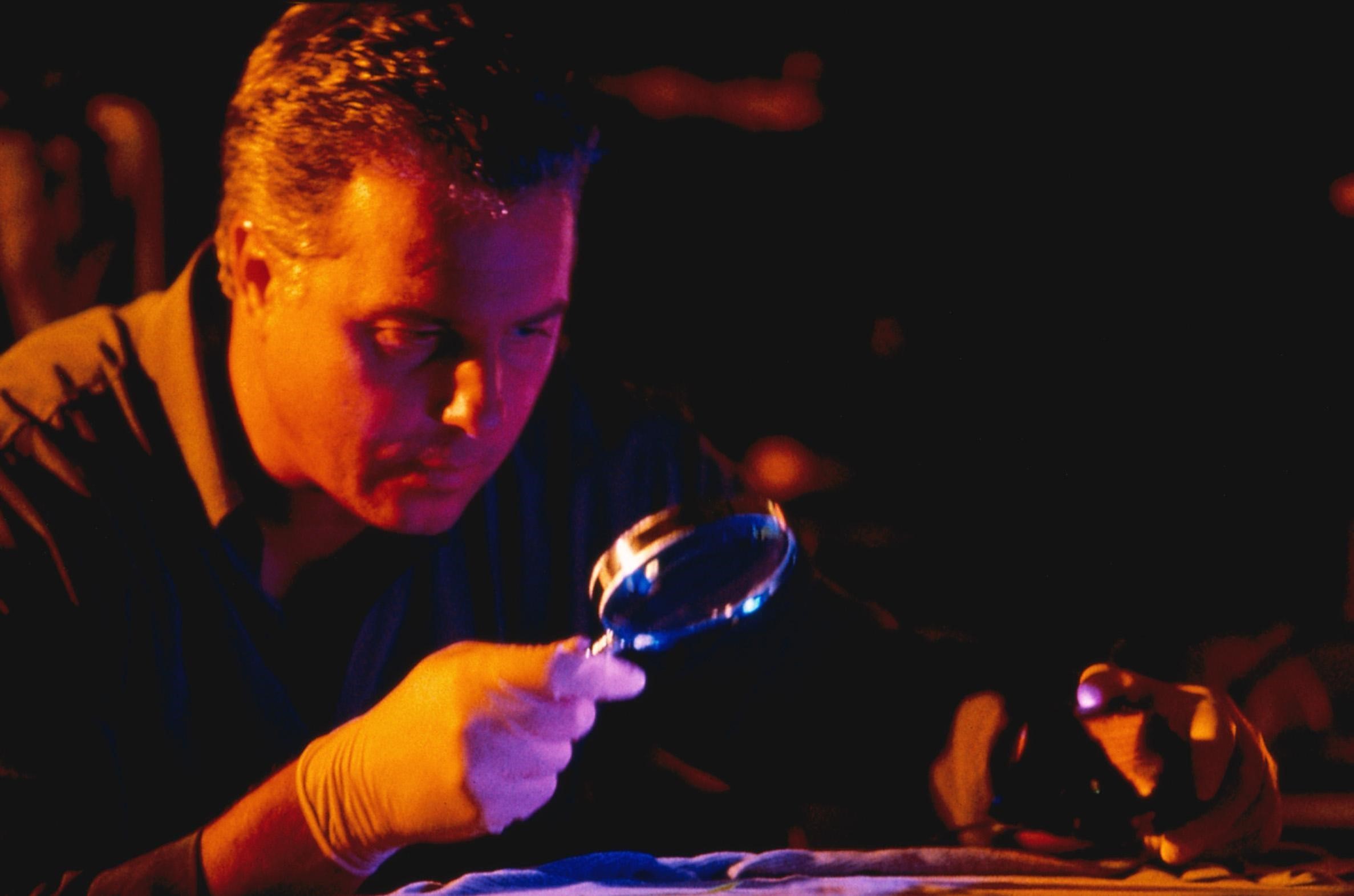 The “CSI effect” is a myth, Donald Shelton tells me. “Like the unicorn and the mermaid,” the former Michigan judge adds. Just in case I didn’t get his point.

Shelton is referring to the idea that juries in criminal trials have a high expectation that prosecutors will present scientific evidence to prove their cases and that defendants are sometimes wrongfully acquitted because of a lack of it. So, the theory goes, the jurors came to court expecting to see such evidence, on account of watching CSI: Crime Scene Investigation and other law-related television programs.

The CSI effect is sometimes put forth by prosecutors as a reason why they lost a case. But Shelton, who presided over felony trials in Washtenaw County for 24 years, wanted more than just tales from grumbling prosecutors before accepting that a television show could really be to blame.

“I have a scientific bent that says, ‘We are not going to draw conclusions from anecdotes,’” Shelton, 76, told me last week during a phone interview from his “COVID workplace” in his home in Saline—the 10,000-resident town in southeastern Michigan where he served as mayor for eight years.

Shelton’s penchant for proof, coupled with an interest in statistics and forensics—he believes he is the first judge in Michigan to handle a case involving DNA evidence—led him to conduct surveys to determine if the CSI effect was real or just an excuse—“mainly from losers.”

The first episode of CSI aired 20 years ago today. The drama, which ran for 15 seasons on CBS, follows crime-scene investigators with the Las Vegas Police Department who use science and physical evidence to solve murders. The television program, named most-watched TV show in the world several times, spawned a genre of crime shows with a focus on forensics.

Shelton, who retired from the bench in 2014 and is now an associate professor of sociology and director of the Criminology and Criminal Justice Program at the University of Michigan-Dearborn, shared his views on the role that the wildly popular program, and others of its ilk, has had on the criminal justice system.

Shelton’s studies—conducted in 2006 and 2008-2009 along with two professors of criminology at Eastern Michigan University—revealed that jurors do have a high expectation that they will be presented with scientific evidence, and sometimes demand it as a condition of guilt. But a television show was not the cause.

Shelton’s belief in the nonexistence of the CSI effect remains unchanged since his earlier studies. But he is quick to make clear that the perception of a CSI effect, plus ever-evolving technology and social media, are altering the manner in which juries hear and decide cases.

In 2006, in the first empirical study of its kind, Shelton and his colleagues surveyed 1,027 randomly summoned jurors to Washtenaw County (Ann Arbor), Michigan, and asked them about their television watching habits, what types of evidence they expected to see presented by the prosecutor in various types of criminal cases and whether they would demand scientific evidence before finding a defendant guilty. Prospective jurors were assured the surveys were anonymous and unrelated to their potential selection as a juror.

The results revealed that 46.3% of jurors expected to see some kind of scientific evidence in every criminal case. In particular, 21.9% of jurors anticipate DNA evidence and 36.4% expect fingerprint evidence. Expectations and demands for scientific evidence were also determined for specific crimes, taking into account whether other evidence was available, such as victim or eyewitness testimony or circumstantial evidence.

On the all-important question, Shelton and his team concluded that there was no significant difference, in the demand for scientific evidence as a condition of guilt between watchers of CSI and related shows and nonwatchers.

In 2008-2009, Shelton’s team, wanting to focus on an urban setting, conducted a similar study using 1,219 individuals summoned to jury duty in Wayne County, Michigan, which includes Detroit. Here, the absence of a CSI effect was even more pronounced.

Law review and journal articles abound, from Shelton and his colleagues, dissecting their studies and providing all manner of statistics that disprove a CSI effect.

But even if the CSI effect is a myth, it can still loom large in courtrooms. “One of the things that influences jurors,” the former jurist tells me, “is that prosecutors, and in some cases judges, act like there is a CSI effect when they question jurors and sometimes in instructions or arguments.” Shelton explains that “talking in terms of the CSI effect is an influence on jurors. If they didn’t think about it before, they did after they went through the trial process.”

The CSI effect made its way into Emmanuel Robinson’s trial in Montgomery County, Maryland. A jury found him guilty of conspiracy to commit first-degree burglary. In 2014, the state’s highest court reversed his conviction on account of a flawed jury instruction. Robinson’s attorney had stated, during his opening argument, that there was no evidence that his client’s fingerprints or DNA were found on any paper, tape, weather stripping or screwdriver. The judge instructed the jurors that “there is no legal requirement that the state utilize any specific investigative technique or scientific test to prove its case.”

The court of appeals held that this charge, sometimes referred to as an “anti-CSI effect” instruction, was not warranted. On account of the inconclusive state of research whether a CSI effect exists—citing, among the sources, Shelton’s work—the court concluded that such an instruction is only necessary to correct an “overreaching by the defense.” This the defendant’s lawyer had not done. He merely pointed out what procedures may have been available to investigators and did not insinuate that the state had any obligation to perform such testing.

Instead of the CSI effect, which Shelton says was “just too simple” to blame for wrongful acquittals, he points to what he calls the “tech effect” as the reason for jurors’ high expectations—and in some cases demands—for being presented with scientific evidence.

They are being influenced, Shelton posits, by “rapid advances in science,” as well as “the information revolution” and exposure to “DNA and its ability to both convict and exonerate.” Support for a tech effect was found in the Wayne County study, which revealed that participants who used more tech gadgets had a higher expectation that the prosecutor would present scientific evidence. This was not tested in the Washtenaw County study.

By its nature, the impact of the tech effect on jurors expands with advances in technology. “It is much greater than it was back when we first studied it because of the difference in technology and information,” Shelton says. “Now jurors have more information on their phones than they ever learned in school.”

Shelton acknowledges that television crime dramas and documentaries play a role in the tech effect and can influence jurors. However, he says that they are “simply one of the many inputs that jurors experience from the variety of information that is presented to them”

True to the tech effect’s ever-evolving nature, Shelton says that “the biggest change, the biggest challenge, of jurors and technology and their perception of science comes from social media.” The problem here is that “facts gets filtered through political and social lenses,” he says. Even scientific facts are “simply denied” and “social media treats facts as disposal.” This, Shelton says, has led to a “growing skepticism of scientific testimony that we didn’t have before.”

This sounds contradictory, I tell Shelton. It is. “Knowledge of technology and availability of information is a two-edge sword,” he says. “On one hand, jurors know that there is a lot of science out there that is available and relevant and probably very useful in deciding whether a person committed a crime or not. By the same token, the social media influence tends to say, ‘Well, we can’t even believe the scientific evidence anymore.’”

To be sure, Shelton is not critical of jurors’ increasing demands for scientific evidence. To the contrary, it goes hand-in-hand with the prosecutor’s burden of proof. “Where there is an available scientific test that would produce evidence of guilt or innocence,” Shelton says, “and the prosecution chooses not to perform that test and present its results to the jury, it may not be unreasonable for the jury to doubt the strength of the government’s case.”

Indeed, Shelton goes further, calling it is both appropriate and constitutionally expected that jurors and their verdicts “will reflect the changes that have occurred in popular culture.”

I suspect that some prosecutors, feeling victimized by the CSI effect, do not take kindly to hearing it compared to the stuff of children’s stories. They don’t, Shelton tells me, and they often shrug off his conclusions as academic mumbo-jumbo. “Maybe your figures don’t show that,” Shelton says that prosecutors tell him. And then they add, in a tone of absolute certainty: “But I know it happens. I know what jurors do.”