Hulu's 'Dopesick' puts microscope on the architects of the opioid epidemic 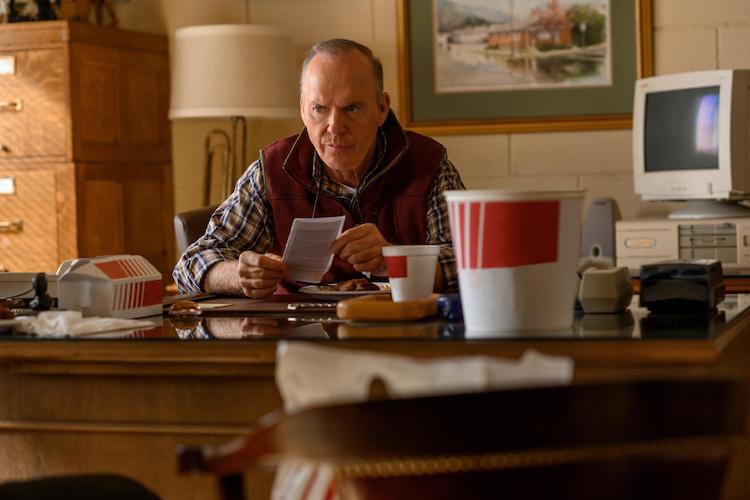 I’ve mentioned it more than once: Occasionally, some law-related television is simply too “real” for me to enjoy. When explaining this phenomenon, I often use Breaking Bad as an example. I’ve still never seen the entire series (I made it into season three), and although I’m a massive fan of the spinoff Better Call Saul, Breaking Bad did such a great job of portraying methamphetamine addicts that—as a practicing criminal defense attorney—I found it challenging to watch.

I was knee-deep in defending dope cases when the series was in its original run. I still handle my fair share of drug trafficking cases, but I had quite a few meth-related matters on my docket during that time. Add in the fact that I grew up in western Oklahoma (maybe not the methamphetamine capital of the nation, but probably close to it), and you can see why watching individuals strung out on speed wasn’t an appealing way to spend my spare time.

These are the same reasons I didn’t want to watch Dopesick, an October 2021 release on Hulu. But after hearing positive feedback, I decided to give the series’ first episode a chance.

The episode begins with the audience’s unbeknownst introduction to Richard Sackler (played by Michael Stuhlbarg) via his extremely unsettling voice-over explanation of “pain” and the effects the feeling has on our species. From there, we learn the Sackler family, which owns Purdue Pharma, is the originator of OxyContin. Early on, the antagonist is clear as crystal. Dopesick wants no questions about the malefactors’ identities, and if the first episode is any indication, the show achieves its goal.

“First Bottle” shifts back and forth between the rural setting of western Virginia—taking advantage of aerial scenes to relay the ice, snow and isolation of the area—and the boardrooms and meeting areas frequented by the Sacklers. The dichotomy is striking and effective—we are talking about two different worlds here, after all. However, they don’t achieve the same effect through the episode’s penchant for shifting between significant temporal gaps. The audience is guided by little white numbers on the center of the screen relaying the specific time frame, but it can be a bit disjointing if you miss the year stamp.

Michael Keaton stars as Dr. Samuel Finnix, a small-town physician tasked with tending to the aches and pains of his mining community. While he seems to have nothing but his patients’ best interest at heart, he becomes the catalyst for a series of events that will throw his piece of the Appalachian paradise into a state of distress unlike anything many of us have personally experienced. When a Purdue Pharma sales rep gives Dr. Finnix a sample bottle of OxyContin, Finnix unknowingly unleashes its deadly wake, despite reassurance from the Big Pharma company behind the medication.

Dr. Finnix is swayed like so many other medical professionals. He is sold a bill of goods. According to the production team, Richard Sackler pushes the narrative that OxyContin is a miracle drug because only 1% of users become addicted. This message is indoctrinated into large groups of salespeople before they disburse to targeted areas in hopes of peddling the pills.

Sackler directly contacts his sales force to assist in moving the medication while in the background discussing how to make the drug a “blockbuster” so his family can rake in even more cash. Once again, it’s clear that this iteration of the Sacklers only cares about money. Moreover, at least from the series’ first episode, there is insinuation the family bribed someone in the Food and Drug Administration to label OxyContin as far less addictive than other opioids, even in light of the revelation that there weren’t any studies conducted to support the claim. Instead, the FDA merely relied on the Sackler’s statements that the medication’s time-release system results in “delayed absorption,” which makes it too difficult for addicts to achieve a high from the drug.

Sadly, as we all know in hindsight, and as Dopesick goes on to portray, that claim isn’t true.

Too close to home

There are two main reasons I was hesitant to review this series. For one, I’ve personally dealt with far too many “dope sick” individuals in my line of work. Secondly, I knew plenty of “pill heads” before ever entering the practice of law. Prescription drug abuse is rampant in small, rural communities like the one I grew up in. As Dopesick reiterates, these towns are full of hard-working, salt-of-the-earth type folks, and medication is sometimes necessary to keep them employed.

While we didn’t have a mine, manual labor was no stranger around town. After all, we had a large contingent of farmers. Backs, shoulders, elbows, knees—you name it—all start to go after too much time busting your butt. When a doctor you trust prescribes something that makes you feel better (and more importantly) lets you keep on working day-in and day-out, it’s a godsend. These people aren’t thinking they can get addicted and the hell that can cause. After all, their doctor provided the pills—doctor’s orders.

But it’s not just the working-class who became addicted. Another reason why prescription drug abuse has such a foothold in rural areas is the relative sparsity of the locale. These are somewhat desolate places. There isn’t much to do besides work (or attend school) and then try to find something to keep you entertained during your downtime. When there isn’t much around to do, well, “idle hands are the devil’s playthings.”

Along with that experience and knowledge, I know how the rest of the series plays out regardless of whether I watch it in full. Not only is Dopesick the story of the actual opioid epidemic of the 2000s many of us have witnessed, but anyone who didn’t live through that period could just as easily see the seeds planted in the first episode. The people in that rural Virginia town want to work. They live to work. And anything that can further their work will be well received.

“First Bottle” also does very well in foreshadowing the difficulty of actually prosecuting opioid manufacturers. A fair amount of the episode deals with the U.S. Attorney’s Office attempting to put the initial pieces together in hopes of beginning an investigation. However, it quickly becomes clear there are layers of liability to sift through, and knowledge—or perhaps negligence or recklessness—will play a big part in any future litigation.

Nevertheless, legal action has been taken against some companies behind the opioid epidemic. Perhaps by coincidence Purdue Pharma was dissolved in September through bankruptcy, shielding the Sackler family from all civil liability related to the deaths of more than 500,000 people nationwide upon the payment of $4.5 billion in opioid lawsuit settlements (an arrangement that is in jeopardy after being rejected by a bankruptcy appeals court judge in mid-December). Other Big Pharma companies have also been brought into court. Back in my home state of Oklahoma, the state sued Johnson & Johnson in 2019, received a $465 million verdict, and then lost on appeal.

To summarize, “First Bottle” was an excellent offering. It’s challenging to tell a story when everyone already knows the ending, but Dopesick seems up to the task. I doubt I’ll be able to make it through all available episodes due to the reasons I described. But aside from that, I think I’d be a fan. Nevertheless, it would be interesting to see if Dopesick expands its horizons by exploring in detail an interesting question they seem to be well aware of: Are the owners and the “higher-ups” in these companies really “the bad guys”?

Commentators can easily argue both sides. However, if you think they are “the bad guys,” it appears the bad guys always get away with it.