“I want this case dismissed.” That’s how many of my new client intakes start, to one degree or another. It may not be the first phrase out of my prospective patron’s mouth, but it comes quickly nonetheless. The demand is often followed by an explanation of the person’s perspective: “I looked at the results on your website, and I know you’ve gotten these types of cases dismissed before,” or “I know (insert previous client’s name), and they said you’re the best and can get rid of this.”

More often than not, I can discuss that expectation with a potential client during the initial consultation and alleviate any preconceptions about how easy it is to dispose of a criminal charge. That isn’t always the case, though. I’ve learned over the years that it’s better to refuse to accept a new client with unreasonable expectations than to take on that “challenge” and either try to meet those presuppositions or explain them away on the back end.

A young attorney in my office recently raised some outcome-specific complaints conveyed by his client. As I explained how we are somewhat constrained based on the facts we are given—while also spelling out that we aren’t magicians and we can’t work miracles—he asked if I had ever seen Michael Clayton.

Apparently my spiel reminded him of the movie, so I figured I should probably give it a view.

Written and directed by Tony Gilroy, Michael Clayton stars George Clooney in the titular role and was released in 2007. When the audience is first introduced to Clayton, he is nothing more than a large law firm’s “fixer”—an individual tasked with solving challenging problems for his clients by means that may not be available via otherwise legal methods.

As the movie progresses, the viewer learns that Clayton technically is also an attorney at the firm. He is a former assistant district attorney who has worked in the firm’s wills and estates practice for over a decade. The film continuously insinuates that Clayton has a particular “knack” or skill set that makes him invaluable in his fixer position. Still, that ability never really plays out on the screen.

One of Clayton’s assignments is to wrangle Arthur Edens, a talented but troubled attorney who seems to be one of the top litigators at the firm. Edens is the point man on a large multibillion-dollar class-action lawsuit against the firm’s client U-North, a large agricultural products company. Edens has a “chemical imbalance” that requires medication. However, it becomes clear that he is no longer taking his medication and Edens begins acting out (he has an episode during a deposition in which he ends up exposing himself and is ultimately arrested). Both the firm and U-North are increasingly worried that Edens may sink the ship.

As Michael Clayton plays out, it’s revealed that not all of Edens’ paranoia and apparent outbursts are due to his medical condition. Without giving too much away, in time, Clayton finds himself in the middle of a corporate cover-up where everyone has an agenda and no one can be trusted.

The film was, as a whole, average. As far as thrillers go, there was some genuine intrigue, but I was never completely surprised or caught off guard. I walked away feeling as though I still had unanswered questions regarding the characters’ geneses and underlying connections. Nevertheless, there were some relevant takeaways if you extrapolate far enough. 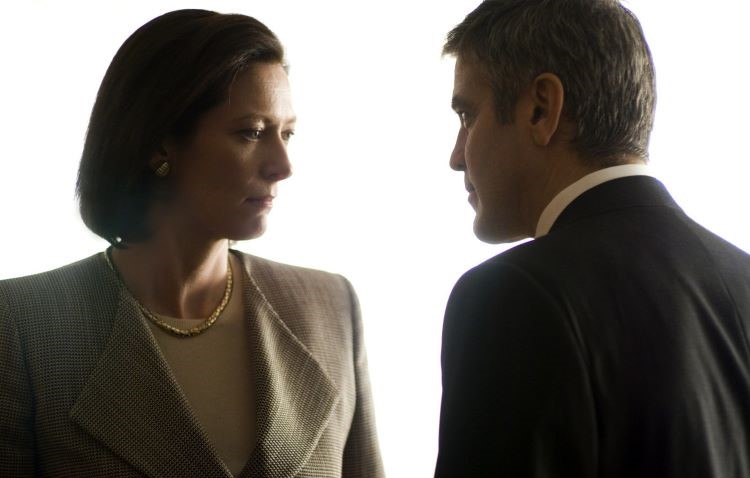 Cleaning up the mess

While the film is more of an outright thriller than specifically a legal thriller, it still relays a few tenets that are important when representing individuals in legal matters. Although there are essentially no “courtroom” scenes in the film (aside from small portions of a recorded deposition), Michael Clayton gives some interesting insight into attorneys and their roles.

Edens puts it pretty succinctly when he describes himself and other attorneys as “janitors.” The theory fits. Quite often, we spend most of our time in the legal field cleaning up other people’s messes: Someone made a bad decision or failed to make the right one, and we tend to the collateral damage.

When clients come to you with pending criminal cases, they are often a shell of their former selves. As a young lawyer, another attorney once described new clients to me as ships with no rudder or motor. They are out at sea with no idea where to go or how to get there. They are lost, and they need a skilled attorney to not only propel them to some final destination but also plot and navigate the route. I’ve always thought that was a pretty accurate assessment.

As I’ve grown in experience, though, I think another analogy is sometimes more apt: Many potential clients who come to my office are more akin to abused animals—scared, skeptical, distrustful and willing to bite a helping hand. It’s our job as attorneys to calm their nerves and suspicions while also providing them with a healthy dose of reality-driven comfort and foresight. At the same time, though, we have to be acutely aware of their snapping jaws.

That job becomes exponentially more challenging depending on the expectations the potential clients bring with them. The higher their expectations and the more unreasonable those expectations are, the more likely the attorney will fail to reach the resolution the new clients have in mind. That “failure” will only compound skepticism and suspicion.

At one point in the film, Clayton explains, “I’m not a miracle worker, I’m a janitor. So the math on this is simple: The smaller the mess, the easier it is for me to clean up.” That really resonates. I’ve been skilled, fortunate—or perhaps, depending on whom you ask—lucky enough to achieve some amazing results for my clients over the years. Still, those results aren’t deterministic.

Dealing with the facts you’re dealt

Every case is different. Various factors can affect not only the outcome of a criminal matter but also the method and means we employ to achieve such an outcome. And that is true even when dealing with similarly situated criminal allegations. No two crimes are the same, and things such as the individual county, the individual prosecutor, the individual judge and specifically, the individual facts at issue, will have a massive impact on the ultimate resolution.

The outcome of one case has almost no bearing whatsoever on the possible disposition of even a closely related criminal matter. That’s a significant reason why I try to be so up front with clients as early as the initial consultation. I want to set the expectation that there are no expectations. Actually, to be fair, I give them one expectation and one promise: My best effort. But that’s all—no more and no less.

Much like the titular character in Michael Clayton, attorneys are not miracle workers. Now, some may look at our resumés and the results we’ve achieved and think differently. Moreover, those clients we’ve acquitted at jury trial or litigated a dismissal for may say otherwise. Nevertheless, all results must be tempered with the understanding that those instances are often the perfect storm, illustrating situations in which all the facts and factors came together in precisely the right way.

But sadly, that isn’t true in every case. It’s not realistic to expect those types of results in every situation. And that axiom goes for potential clients and the attorneys themselves.