'She-Hulk: Attorney at Law' and controlling your rage in the courtroom 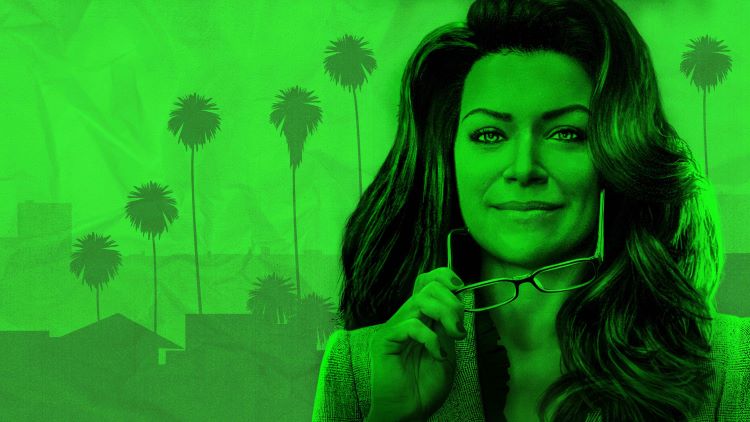 I’d been waiting for this series. The Incredible Hulk (aka Bruce Banner, with whom I share a surname and who helped me through some tough times as a “hefty/big-boned” kid in the late '80s and early '90s) has already made an appearance in my column. But I didn’t really touch on the aspect of superhero attorneys there. Now that I’ve had the chance to look back at that entry ... wow! It was written almost five years ago.

But this new She-Hulk series looked different, promoted as the tale of a female attorney who must learn to balance her newfound superpowers with her chosen profession. The setup is novel, and the anticipated production seemed enticing. It also presented an opportunity for a new installment.

She-Hulk: Attorney at Law is currently streaming now on Disney+, and a new episode airs every Thursday. The show is clearly directed at an adult audience, so keep that in mind before allowing the kiddos to sit in.

As of this column, I’d seen the first two episodes, starring Tatiana Maslany as the titular character and her alter ego, Deputy District Attorney Jennifer Walters. By comparison, the comics originally cast her as a criminal defense attorney (more on that later). Nevertheless, there isn’t much discussion centered on her role as a prosecutor, and so far it seems more like a throwaway plot point intended to remind the audience that she is an attorney.

In all honesty, the show is a bit campy. Sure, I can only base that assessment on a couple of episodes, but it’s easy to tell the series leans in full tilt to the Marvel Cinematic Universe’s current trend of overemphasizing humor after 2019’s fairly somber Avengers: Endgame. There were plenty of comedic elements throughout the MCU films prior to Endgame, but there’s been a clear movement toward getting audiences to laugh. They may have played that up too much here.

On a positive note, that humor sometimes comes through when She-Hulk breaks the fourth wall to speak with the audience. The literary device was a theme in her comics, an enjoyable distraction that sets the series apart. And to be fair, I thought the second episode was an improvement on the pilot if nothing else. So maybe better things are in store.

She-Hulk: Attorney at Law is not all tongue-in-cheek, though, because it brings an intriguing comparison into context. How do you control your anger when you are constantly in positions that make you angry? Walters discusses that to a minimal degree in the pilot episode, explaining to Banner, who is her cousin, everything she must put up with as a woman in our society and how that might be all the training necessary to control her rage.

Her explanation recalls one of my favorite MCU scenes. In 2012’s The Avengers, Captain America looks to Banner in the face of impending doom and suggests, “Now might be a really good time for you to get angry,” to which Dr. Banner responds, “That’s my secret, Cap. I’m always angry.” Commence Hulk transformation and massive destruction. 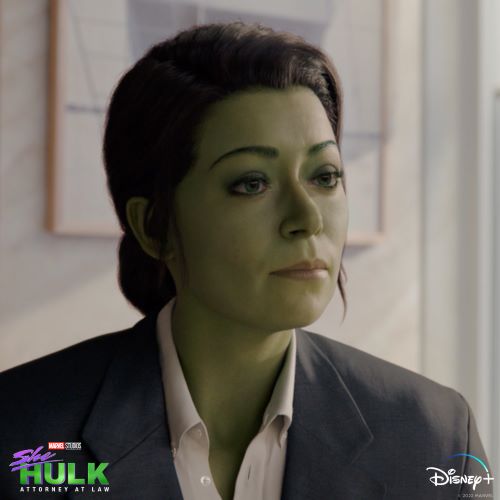 Superheroes in the legal system

Some time ago, the ABA Journal released a list of its “Top 10 Lawyers in Comics,” and She-Hulk was included. Even those familiar with comic book lore will likely have difficulty naming many entrants, so the list is worth giving a look.

While I wasn’t familiar with many of the listed attorney-superheroes outside of She-Hulk and Daredevil (I’ve had an admitted bias to Marvel Comics since childhood), reading through the ABA Journal’s list brought up an interesting point of distinction. Most of the superheroes worked as prosecutors, as opposed to defense attorneys, during the day. Even Daredevil tried being a prosecutor later in his run.

Now, this is likely due to the easy intrinsic setup naturally flowing from that dichotomy of “vigilance vs. justice.” An example: Generic superhero works tirelessly during the day pursuing “justice,” only to see criminals skirt the system or fall outside the bounds of their day jobs’ jurisdictions and ethical boundaries. How do you fix that? Put on a mask, prowl the night and dish out your fair share of vigilante justice!

And perhaps this stereotype of the dual role of superhero/prosecutor is why the team behind She-Hulk: Attorney at Law chose to retcon her as a deputy district attorney. However, spoiler alert, when Walters is forced to transform into her Hulk persona to save jurors from a supervillain in the middle of trial, she is eventually fired from the district attorney’s office, being seen as a distraction that could undermine the integrity of their prosecutions.

The twist of having Walters transform into She-Hulk purposefully during trial to save bystanders was one way to set the stage. But I think it would have been much more insightful to show an uncontrollable transformation into her Hulk status during trial due to the objectionable arguments of opposing counsel or an erroneous ruling from the trial judge. After all, there isn’t much that makes my blood boil hotter, with tensions and emotions running high amid such a contentious environment.

This raises an overarching issue I hope the series delves into as the story progresses: It’s not easy keeping your cool in the legal profession. More appropriate, perhaps, is the fact that sometimes aggression and anger can benefit you and your client. Don’t get me wrong; that is the exception, not the rule. Moreover, it must be measured and appropriately placed.

Still, the power advocates can project in unleashing the full spectrum of their emotions is a sharp blade to wield, indeed. Regardless, it shouldn’t be your go-to, a practice point I discuss with all my students, interns and associates. You need more than one speed to be an effective litigator.

Some attorneys spend their entire careers being the “pit bull”—overly aggressive and ready to pounce at a moment’s notice. Others prefer to be much more reserved and would never imagine a situation in which they allowed genuine emotions to take hold of the wheel. Neither approach is correct, though; there is a middle ground between the puppy and the pit bull.

Effective advocate knows that line, and they know when to turn one off and let the other handle the situation. After all, if you are consistently overly aggressive, you will annoy and ostracize your audience (whether opposing counsel, a judge or a jury). You won’t be taken seriously, and you won’t have the ability to emphasize certain aspects of your case to the same degree. The same holds true if you’re constantly reserved and scared of your own shadow.

Good attorneys know when to pull back or push forward. They know when to make their points with vigor or with restraint. The emotion you do or don’t exude should create a dynamic. We should strive for a balance of highs and lows, with crescendos and decrescendos to emphasize our positions.

We’ll see if She-Hulk: Attorney at Law takes the opportunity to explore what could be a great teaching lesson for all real-world practitioners.