Basha Rubin and Mirra Levitt: Doing it with data 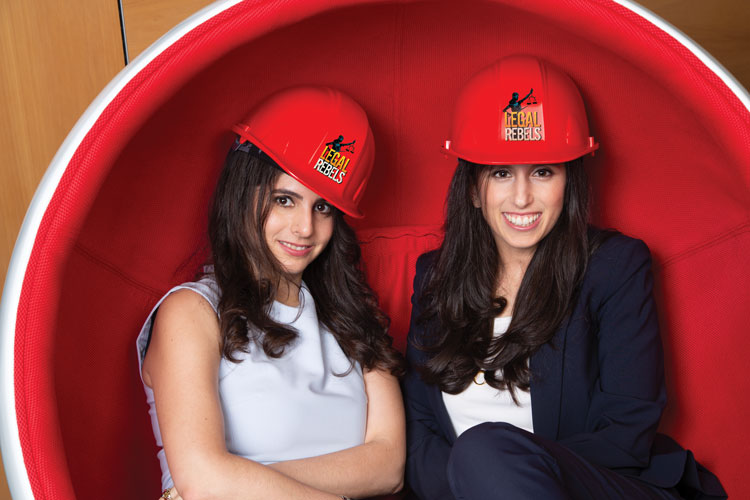 In 2013, she co-founded Priori—a legal services platform that pairs attorneys with clients based on detailed experience information—with her law school classmate Mirra Levitt. The service is free for the attorneys in the database, who agree to discount hourly rates by at least 25 percent. Clients pay 10 percent of the discount to Priori, which covers things such as request-for-proposal process management and facilitation of both billing and payments.

“We believe that lawyer experience really matters,” says Levitt, who is also based in New York. “And people are always looking for a lawyer who has represented a client like them or has negotiated against the kind of party they are in negotiations with.”

Rubin would not disclose how many attorneys are in the Priori database, but she said they are located across the United States and in some foreign countries. Businesses submit requests for proposals, and the Priori system matches the requirements with data collected about attorneys in the roster and from feedback about engagements. The client usually gets attorney matches in less than one business day.

Database information includes the kinds of deals an attorney negotiated, who the parties were, court appearances they’ve had, which judges they’ve faced, and how the matters were resolved. Approximately 10 percent of attorney applicants are admitted to the Priori roster.

“We care about the depth of their expertise,” Rubin says. “We don’t work with attorneys who say they are generalists because we found that our clients are less satisfied with those people.”

The database screening process includes what Levitt refers to as a “social intelligence test,” which involves a conversation in person or by videoconference with someone from Priori.

Marina Warner, a New York attorney who does corporate and trademark work, is in the database. She often represents businesses involved in fashion and visual arts, and she says half of her clients come from Priori.

“A lot of the clients I work with are more forward-thinking about technology, and they’re more likely to use that sort of business model,” she says. “If I hadn’t worked with Priori, I don’t know if I’d have been able to steer my practice the way I wanted to.”

Erin Abrams, general counsel for the ride-sourcing business Via, uses Priori to find outside counsels. She discovered Priori through an event it hosted for the technology community, which focused on expanding in-house legal departments.

“It was very specific and targeted,” says Abrams, who practices in New York. “The model was really flexible, and they had a database of prescreened or vetted lawyers who had experience working with startups.”

Rubin, 33, and Levitt, 37, met at Yale Law School, graduating in 2010. While working with the law school’s mortgage foreclosure clinic, Levitt saw an immediate need to connect clients with lawyers.

A former financial analyst with Goldman Sachs before going to law school, Levitt spent four years as an associate with Covington & Burling before joining Rubin at Priori, which is pronounced “pree-oree.”

Rubin’s undergraduate degree is also from Yale, and she went straight through to law school. Rather than finding a law-grad job, she decided to start Priori.

“I had realized at the end of law school that what I was most excited about was the business of law,” Rubin says. She adds that she “always had entrepreneurial ambition,” and that she comes from a family of entrepreneurs. Her father, Donald Rubin, founded the health care network MultiPlan, and her grandfather Jay Rubin was a union organizer who started the New York Hotel and Motel Trades Council, AFL-CIO.

Most attorneys in Priori’s database are solos or in small firms, but they also have people with midsize and large firms, Rubin says. Both she and Levitt have young children, and when they started the business they expected that many of the attorneys interested in being listed would also be parents with young children. But that prediction was not accurate, according to Levitt.

“There are certainly people who have that profile, but many of the lawyers have made a business decision to practice in a solo environment,” she says.

Last year, Priori received an investment from HearstLab, a division of the Hearst media company that funds new startups that are led by women and focused on innovation in media, business and technology. Chris Wilkes, vice president of HearstLab, would not say the amount of the investment but noted they usually are between $250,000 and $500,000.

“It’s incredibly eye-opening, the kind of expertise you can find around a platform like this. You’re getting access to a different talent pool,” he says.