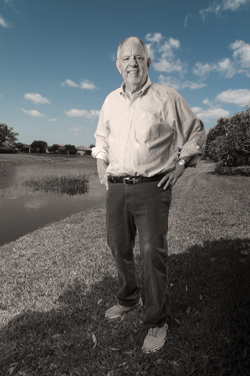 WHAT HE’S BEEN UP TO: The legal profession moves too slowly for Richard Granat, a 72-year-old grandfather who takes pride in reinventing his career multiple times. That includes being a founding team member with the Legal Services Corp., serving as president and dean of the Philadelphia Institute for Paralegal Training, and starting DirectLaw—a website that helps law firms develop online practices.

“I want to push the limit, to go beyond regulation and find crevices where the legal profession is not really regulating services tightly,” he says. That space is online, Granat adds, because many legal regulation decision-makers are clueless about it.

SMOOTHING SPLITS: A recent project is the Divorce Mediation Resources Center, which for a $750 fixed fee builds legal separation agreements in uncontested or low-conflict divorces. That can include divorces with child support and visitation issues. After spouses fill out online questionnaires, software evaluates issues of accord and discord. A marital separation agreement is generated and evaluated by a mediator, who gets part of the fee. The information is put into the state-required legal forms and then is ready for filing.

The site is available for consumers now, and in the fall it will be licensed to mediators, says Granat, who adds that software-assisted mediation increases productivity and keeps fees reasonable. Also, he says, 85 percent of the population can’t afford traditional legal services.

“If you have a profession that can’t serve 85 percent of its market,” Granat says, “that’s a real problem.”