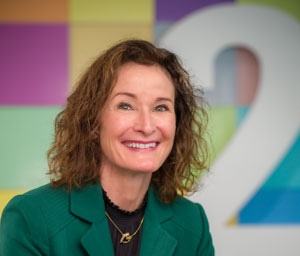 “You’re just spinning your wheels, not solving problems for the client and costing the client more money when you do that,” says the 63-year-old lawyer, who serves as the Illinois Supreme Court Commission on Professionalism’s executive director.

It’s one of the reasons why the commission refers to itself as “2Civility” on social media. Besides promoting civility, the commission also educates and trains lawyers—all with a view toward changing the profession.

That stems from Reardon. In recent years, she’s served on an Illinois task force that supports bringing innovation and the delivery of legal services to the profession, and she’s worked on an Association of Professional Responsibility Lawyers committee centered on technology and attorney ethics rules. She has frequently written on those topics as well, including for the ABA Journal. She’s also spearheaded the creation of a yearly event for the commission centered on how the profession can evolve and thrive, titled “The Future Is Now.”

“She educates members of the bar through really big events. Stuff like that had never been done on a big scale before,” says William Henderson, a professor at the Indiana University Maurer School of Law. He wrote an oft-cited 2018 report about online legal service delivery models that was commissioned by the State Bar of California.

Henderson, a 2009 Legal Rebel, adds that Reardon is a great listener who gets people’s support by understanding their agendas and emotions. “She plays the long game, not the short game. She never comes in and jams something down people’s throats,” Henderson says. “She has this uncanny sense of timing to bring people along. When you need to close, she can close.”

The Commission on Professionalism was established under a 2005 state supreme court rule. Besides the “Future Is Now” event, it offers continuing legal education focused on professional responsibility and works with law schools, courts and other legal groups to provide professionalism training.

The commission also has a mentoring program for lawyers focused on professionalism, civility, ethics, diversity and mental health. Some lawyers say younger attorneys don’t understand civility, but Reardon disputes that with the assertion that generations sometimes think less of those who come after them. “Part of what I think is really helpful is when generations engage in mentoring relationships so there’s an understanding of civility and professionalism. And frankly, when it’s properly used, you can be more effective for your clients,” she explains.

Reardon is based in Chicago and started her legal career in as a civil litigator defending products liability, medical malpractice and civil rights lawsuits. When the mother of four had her third child, she left private practice and started working for the Illinois Attorney Registration and Disciplinary Commission as counsel to its review board. With that work, which she did as an independent contractor, Reardon learned that although lawyer incivility may not directly violate any specific ethics rules, it’s often a sign of greater problems. “It’s kind of the gateway drug. If someone is uncivil, it could lead to much more serious bad behavior, and unfortunately, there’s often co-problematic behaviors going on,” she adds.

Debra Walker, a Cook County, Illinois Circuit judge, is a founding member of the Illinois Supreme Court Commission on Professionalism, which is how she met Reardon. She describes Reardon as a “big-picture thinker” who does great work bridging divisions. “Say one organization feels that they should be doing ‘x,’ and the other organization thinks they should do ‘y.’ Jayne is masterful at convening them and helping them see that x and y would be great together,” Walker adds.

“I’ve always been very interested in government and the constitution and the notion of protecting individuals’ rights,” says Reardon, the daughter of a surgeon and a nurse, who grew up with two older brothers and two younger sisters.

Reardon grew up in Detroit and attended an all-girls’ Catholic school where she says students were encouraged to speak out and take leadership positions. In 1975, she entered Notre Dame University as a freshman, three years after the school started admitting women. Besides there being few female students, most of the professors were men. She didn’t feel welcome, and she says it was the first time she learned what it was like to be disregarded at school.

“It was intimidating, and I think it was absolutely formative for me,” says Reardon, who graduated from Notre Dame in 1979. She’s a 1983 graduate of the University of Michigan Law School, and she decided to be an attorney in high school.