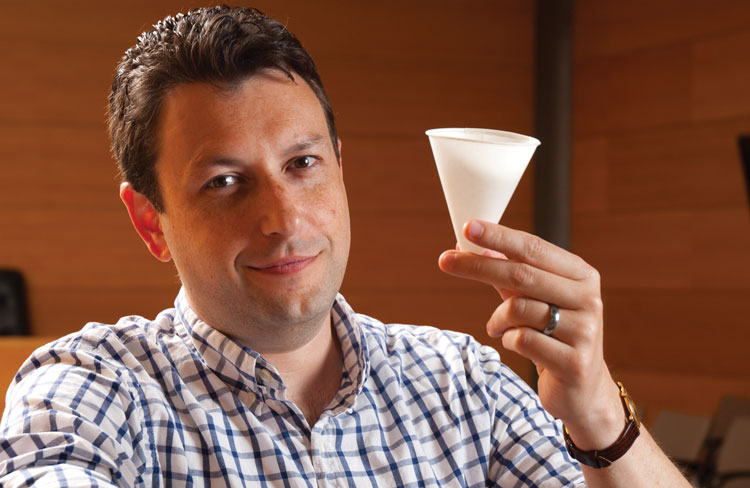 With the rise of Twitter and hashtags like #lawtwitter, more lawyers around the world are connected and engaged in public discussions about the law.

But Keith Lee still thought there was something missing—they couldn’t always talk freely, and many weren’t using their real names.

“That’s not a new thing; it’s one of the reasons bar associations exist,” he says. “Lawyers want to get together, loosen their ties, let their hair down and talk shop with each other in a way they never could in a room full of nonlawyers.”

His solution? LawyerSmack, a private online community for lawyers who want to share ideas and brainstorm problems. He launched the site in 2017 and now has more than 350 members who exchange an average of 15,000 messages each week.

LawyerSmack, originally called Lawyer Slack, allows members to communicate via 100 different channels on Slack, an internal, real-time messaging tool. There are channels for specific practice areas and states. There are also channels for nonlegal topics, including food and sports.

“This gives you a virtual watercooler that you can pull up on your screen or your second monitor and just leave it there,” Lee says. “You can see hundreds of other lawyers who are similarly situated to you, talking about their day and the stuff they’re working on.”

Lee, 41, grew up as a self-described “computer-dork kid” in Birmingham, Alabama. He graduated from the Birmingham School of Law in 2010 and started as an associate at insurance defense firm Fish Nelson & Holden in Birmingham. It wasn’t exactly the type of law he wanted to practice, so he focused on something that fit naturally with his talents—starting a blog. He created Associate’s Mind to share his experiences in trying to become a better lawyer. His posts on law, technology and business resonated with other young lawyers, and in 2011, the site was featured for the first time in the ABA Journal’s Blawg 100. In 2012, Lee and a couple of law school classmates opened the Hamer Law Group in Birmingham, advising individuals and businesses on technical startups, contract disputes and intellectual property.

“There is this new generation of lawyers who want community, who want to connect with other lawyers, but they want to do it the way they’ve grown up doing things,” says Lee, who lives in Birmingham with his wife and 9-year-old son.

Future plans for LawyerSmack include improving the referral process. Brian Lynch, an intellectual property attorney in San Diego and LawyerSmack administrator, needed local counsel in Indiana and turned to LawyerSmack members, who immediately referred someone.

“It’s a place where it’s easy to reach out and say, ‘I have this problem,’ ” he says. “There is always someone there, and it’s really useful for that type of brain trust to spring to life and help you.”

This article first appeared in the September-October 2019 issue of the ABA Journal under the headline “Chat at a ‘Virtual Watercolor.’ “