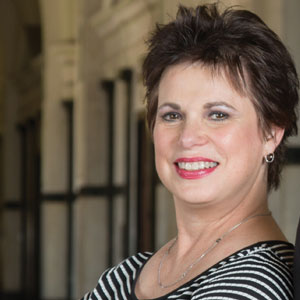 Inmates serving life sentences at the Louisiana State Penitentiary, commonly referred to as the fearsome Angola prison, may be seen as hardened criminals who don’t have much to offer society.

But Judge Laurie A. White of the Criminal District Court of Orleans Parish, knows that some inmates have spent their time studying, attending classes and becoming the best people they can be. Those inmates have made peace with themselves, she says, and come to terms with what they can do with the lives that they have.

“When you throw people away with a life sentence with no possibility of parole, people still do good things for themselves,” White says.

In 2010 she did good things for Angola inmates. With Judge Arthur Hunter, she founded the Orleans Re-entry Court Workforce Development Program. The program relies on men serving Angola life sentences to teach new inmates—most of whom come in with 10-year sentences—GED classes and job training in skilled trades like plumbing and carpentry.

After discussing their mutual desire for a program that would “do more than just accomplish the ‘lock and feed’ of inmates,” White says, she and Hunter felt a joint approach with their differing backgrounds—he a black former New Orleans police officer and she a white former prosecutor—could mean cross-cultural appeal and support.

The two researched other programs in the U.S. and met with leaders of the prison and the state department of corrections. And White says she worked with state legislators to write a bill approving the plan and testified for it, noting how it could be done at no extra cost since the participants and available space were already at Angola.

The Louisiana legislature approved the plan for Hunter’s and White’s courts, expanding it in the next year for re-entry courts in three other parishes, White says. The program is now offered in 10 Louisiana parishes.

Judges select which inmates would be appropriate to take the program. Prison officials manage the program and select life-sentence inmates they trust to do the teaching.

“We try to instill in the guys that they’re doing this for themselves. Make it a part of your personality. As a result of you wanting to do it, your personality changes,” says Calvin Duncan, a former Angola inmate and jailhouse lawyer who taught GED and law classes while serving his sentence.

“For the lifers,” he adds, “this gives them a chance to show themselves that they would have made it on the streets, and society was wrong when they threw them away.”

Participants can qualify for early release if they successfully complete the program. According to White, it takes an average of two years to finish, with tasks including GED achievement, drug treatment and education, and two certification levels in a vocational field.

While White, 56, began her career as a prosecutor, she later switched to private criminal-defense work and handled post-conviction appeals for many Angola inmates. “That was really the only work I could get. No one was going to hire a white woman named White to do their criminal defense work,” she says. “I learned that people who were doing a life sentence had so much to offer, and I wanted to tap into this resource.”

Duncan is a former client. After receiving a first-degree murder sentence in 1985 with no possibility of parole, the Louisiana Supreme Court found the state withheld evidence in his case and remanded it to trial court for an evidentiary hearing. Though he denies he was guilty, he accepted pleas on charges of manslaughter and attempted armed robbery before the hearing, which allowed him to be released from prison in 2011. A 2013 Soros Justice Fellowship winner, he now helps people coming out of prison find housing and employment.

When he got out of prison, Duncan says, White and her husband, Thom Wilson, an oil and gas properties investment banker, helped him get appropriate clothes for job interviews. And when the friend he was living with moved to Florida, the couple helped Duncan—who had no renter’s history—secure an apartment.

White, who now lives in the French Quarter of New Orleans, grew up in Baton Rouge. As a child she spent summers at her father’s farm, where he grew soybeans, cotton and peaches.

At Hunter’s urging, she ran for a judgeship, winning a seat in 2007.