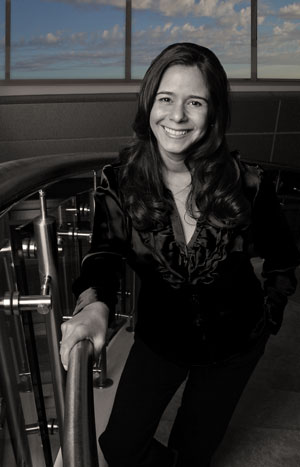 What she’s been up to: Showing Thomas Jefferson School of Law students and alumni ways they can charge affordable rates and support themselves continues to be Luz Herrera’s primary passion.

In 2011 the school launched its Small Business Law Center, which pairs lawyer-supervised students with low- and moderate-income individuals who need legal representation. And last year Herrera welcomed the first class of lawyers in the school’s Lawyer Incubator Program. In exchange for $250 a month, participants the school calls “new solos” get office space, mentorship and continuing legal education classes. The program has a full-time director, but Herrera refers to it as “my baby.” “I don’t believe that having a number of attorneys starting their own practices is a new phenomenon,” Herrera says, “but I do think we are just beginning to understand it.” She’s in a good position to explain that. A former Heller Ehrman associate, in 2002 she started a storefront sole practice in Compton, Calif. A desire to help people, coupled with the knowledge that she’d be the town’s only full-time Spanish-speaking lawyer, helped her make the decision.

Her advice for new solos: “Find out what everybody else is charging and cut it off. It doesn’t make sense for a lawyer to charge $300 an hour for a client who can’t come up with a $10,000 retainer.”

If someone sticks with a sole practice, has good business and marketing plans, low overhead and a defined product, Herrera says, he or she can make $50,000 to $60,000 a year by the second year. That’s more money than contract work, she reasons.