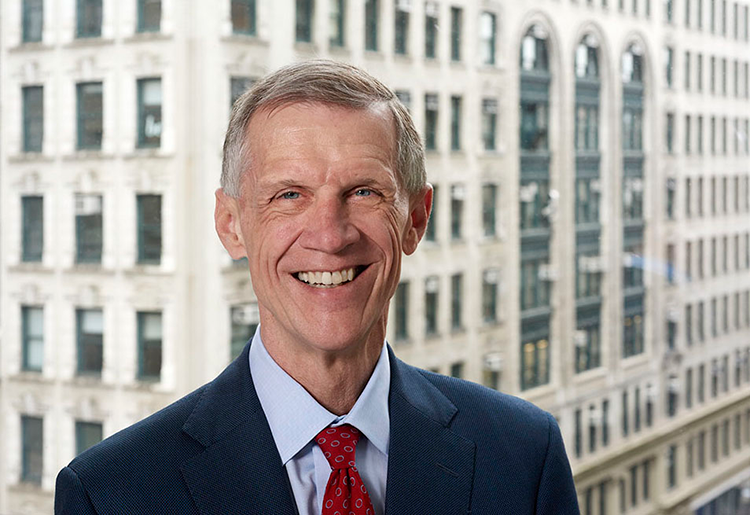 When David Van Zandt became dean of what is now Northwestern University's Pritzker School of Law in 1995, he faced a steep learning curve. Up until then, he had never managed an organization of more than a few people.


“I didn’t have a strong vision of what I wanted to do with that job,” he says.

But, having maintained his legal practice while being a property professor at Northwestern Law during the 1990s, he had a good sense of the demands on recent graduates and lawyers. This informed the direction he took the school, which included an increased focus on entrants with a work history and a certain level of maturity. One of the first things he did as dean was include an interview for applying students—something most schools don’t bother with. He also emphasized that students should have two to three years of work experience before matriculating.

This had a demonstrable impact. As this magazine reported when we named Van Zandt a Legal Rebel in 2009, just under 50 percent of the school’s incoming students in 1996 had more than two years of professional work experience. By 2008, that figure had risen to over 80 percent.

He also took on faculty hiring and tenure—a third rail in higher education—by hiring those for tenure track positions with not only JDs, but PhDs.

“I got a lot of flak from the legal profession for that,” he remembers.

Among all this change, the school found itself firmly in the top ten of the U.S. News & World Report law school rankings. It was thirteenth around the time Van Zandt took the helm.

Even with this gold star, Van Zandt says applicants shouldn’t put faith into these rankings when choosing a law school.

“It doesn’t tell you everything,” he says. “In fact, you’d be crazy to rely on a ranking to pick a law school.”

That said, he defends rankings as extra information that potential applicants can use to make their decision.

In 2011, a year after leaving Northwestern, he became the president at the New School in New York City, which is celebrating its centennial this year.

It’s been an opportunity to reflect on the school’s storied history, including a moment in 1933 when the school, not yet a university, gave refuge to 180 German-Jewish academics and their families after they were purged from German universities by the new German chancellor, Adolf Hitler. The project was called University in Exile, which became a permanent part of the school a year later.

That was a unique move at that time and Van Zandt says no one can live up to the decisions made by his predecessor. However, he thinks the message to take away from this action is one of “openness” and finding “creative ways of solving important problems.”

Today, one-third of the New School’s student body is made up of foreign students and the pressing politics of our day require Van Zandt to be vocal about the openness historically championed by the university. Van Zandt will step down as president in 2020.

Over the past decade, “[t]he external political situation has an impact on your job,” he says of university presidents. “When there’s a travel ban or other kinds of anti-immigration rumblings, that’s a real concern a president has to think about that and deal with that for the good of the institution.”

Whether grappling with political issues of the day or an oppositional faculty, Van Zandt has continually forged ahead for the changes he believes in. This was what caught the Journal’s attention in 2009; however, it hasn’t been without fights from time to time.

“You never make any progress without making some—many—people mad,” he says. 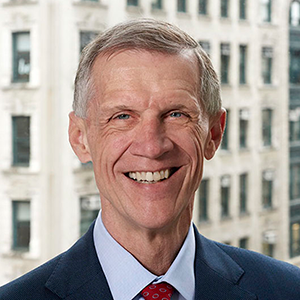 David E. Van Zandt became the New School’s president in 2011. Van Zandt was dean of the Northwestern University Pritzker School of Law from 1995 to 2010. Under his leadership, Northwestern Law transformed its approach to admissions, education, and social engagement. He led changes in the school’s academic programs to prepare students for the new demands of the global marketplace. Earlier in his career, Van Zandt was an associate with Davis Polk & Wardwell in New York. He also was a law clerk for Judge Pierre N. Leval in the U.S. District Court for the Southern District of New York and for U.S. Supreme Court Justice Harry A. Blackmun. Van Zandt has an AB from Princeton University, a JD from Yale Law School, and a PhD in sociology from the London School of Economics.