Maura Grossman, a clinical psychologist-turned-attorney, believed it was folly for attorneys to continue using traditional means of conducting document review.


To borrow a cliche, insanity is doing the same thing repeatedly and expecting a different result. And in that vein, Maura Grossman, a clinical psychologist-turned-attorney, believed it was folly for attorneys to continue using traditional means of conducting document review.

Grossman, 58, joined Wachtell, Lipton, Rosen & Katz in 1999 and was promoted to of counsel in 2006. According to her, counsel at Wachtell have an area of focus, and she decided to zero in on e-discovery after the new Federal Rules of Civil Procedure were enacted in 2006.

“E-discovery was of particular interest to our firm because we handle high-profile cases where time is of the essence, and we have such a low leverage ratio,” Grossman says. “How do you handle large volumes of [electronically stored information] where there are only one or two associates on a matter and you’re not big on outsourcing to contract attorneys?”

For her, the answer lay with technology.

Grossman says she got involved with the Legal Track at the Text Retrieval Conference in the hopes of finding the right search tools to help solve the challenges facing her firm. In 2009, she crossed paths with Gordon Cormack, a professor of computer science at the University of Waterloo. Grossman knew him only by his reputation as a “spam guru,” and she thought methods for separating spam messages from regular email could be adapted for e-discovery. 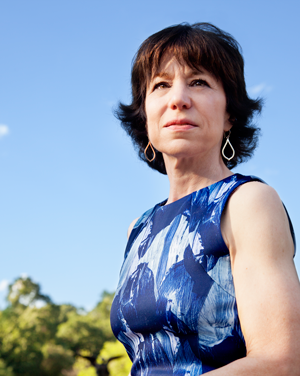 “I saw what he had done with his spam filters and algorithms on a simulated legal task and was struck by how accurate they were,” Grossman says. “I approached him and asked what was in the secret sauce.”

The two collaborated on a groundbreaking 2011 paper, “Technology-Assisted Review in E-Discovery Can Be More Effective and More Efficient Than Exhaustive Manual Review.” The paper, published in the Richmond Journal of Law and Technology, essentially created the technology-assisted review field.

“After 2011, vendors started slapping TAR labels on everything,” Grossman recalls. “Some of it resembled what we tested and some of it didn’t. Either way, our article was often invoked.”

She says she always knew it would be tough for judges and lawyers to accept TAR. “The first thing I realized,” she says, “is that we have to convince people that the algorithms can actually do this faster and better.” Her firm was convinced; since 2010, Wachtell has used Grossman’s TAR methodology (which she calls “the sauce” in honor of her initial interaction with her now-fiancé Cormack) on more than 80 matters.

Since then, Grossman and Cormack have continued working in the field to demonstrate the accuracy and efficacy of TAR. In 2014, the two published another paper, “Evaluation of Machine-Learning Protocols for Technology-Assisted Review in Electronic Discovery,” dubbed TAR 2.0. The duo found that attorneys get more accurate results from TAR by employing a system they called “continuous active learning,” whereby lawyers continue to tweak and adjust the algorithm during the review process to better train it as to what kinds of documents to look for.

John Tredennick, formerly a litigation partner at Holland & Hart who created Catalyst when he spun off his e-discovery group from the firm in 2000, credits Grossman for taking on what had previously been the two gold standards of e-discovery: keyword searches and human review.

“Content was exploding, and costs were going through the ceiling. Meanwhile, litigators were using the same methods they had used for 50 years, and they thought they were doing a good job,” he says, “until Maura and a few others started looking at how well these practices were really working.”

Tredennick credits Grossman for following a rigorous scientific approach to produce results that showed, quantitatively, how inefficient and inaccurate the traditional method of e-discovery could be.

“To me the essence of rebel is that you challenge a major segment of the legal industry,” Tredennick says. “She wasn’t alone, but she was one of the few that actually got up and said ‘the emperor has no clothes’ to the masses and proceeded to show them how to fix the situation. How often do people do that?”

In the meantime, Grossman is taking her love of tech to the next level. In June, Grossman left Wachtell to become a professor of computer science at Waterloo.

“It’s a great opportunity to take the research we’ve done to the next level and to be around people who think about algorithms and data and these kinds of problems all day long,” says Grossman, who plans to continue practicing law. “There are certain constraints in a law firm environment, especially in terms of conflicts of interest and business considerations.”

Being at Waterloo will also give her and Cormack the chance to explore more of the Great White North. “Gordon and I like to go on unplanned road trips,” she says. “As a lawyer, everything is always scheduled, and your life is very structured, so this was a nice change of pace for me.”