Sarah Glassmeyer has spent the past year as a research fellow at the Harvard Library Innovation Lab, studying how government publishes law. And how little is available to the taxpayers who finance it.

Her work includes a census of 50 state regulation websites and 105 court websites. And her study found at least 14 barriers to accessing legal information, including how the information is stored and cataloged and the availability of bulk downloads.

“These barriers exist for both the individual user of a resource for personal research as well as an institutional user that would seek to republish or transform the information,” she notes in her report. “At the time of the census, no state provided barrier-free access to their legal information.”

For example, most state supreme courts post opinions online, but few include older findings. So unless you can physically get to a courthouse or a law library, viewing the documents is frequently limited to legal research services—for a fee.

“I really hope that in 20 years, everything will be digitally published for free,” says Glassmeyer, a law librarian by trade. On her website, she also describes herself as a lawyer, educator, “free-law enthusiast, advocate of justice, social media aficionado, emerging tech geek, raconteur and bon vivant—and coffee addict.” 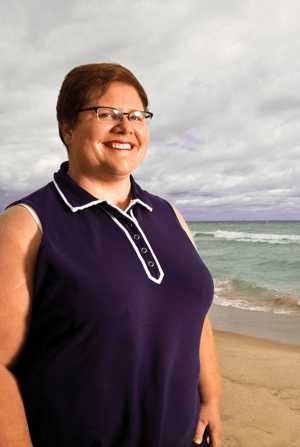 Glassmeyer’s research found that some states restrict downloads of codes and opinions, and include a copyright notice with posted information.

“I assume state legislatures see this as a moneymaking opportunity,” Glassmeyer says. “They think that if they copyright it, they can sell it to Westlaw.”

The census is available online (PDF) for free.

“In an ideal world, states would publish their information digitally in such a way that is acceptable by secondary organizations, like nonprofits. I really don’t trust the states to create resource portals that would be useful,” she says.

Steps toward that include courts removing barriers for downloads and posting opinions in Microsoft Word documents that allow bulk downloading rather than PDFs, which have become courthouse standards.

Court funding is a hurdle. According to William Raftery, senior knowledge and information services analyst with the National Center for State Courts, there’s hardly enough money in many states to keep courthouses open, so digital information that’s easily accessible is not a high priority.

‘If you want information, the courthouse door is open. That’s the only access we can afford right now,” Raftery says.

But there’s also a sense the courts use funding as an excuse. “When I started out, I blamed commercial publishers; now I more blame the government,” says Glassmeyer. “They have a duty to publish law openly, and they’re failing.”

Glassmeyer graduated from the University of Cincinnati College of Law in 2002. A former reference librarian at the University of Kentucky’s Alvin E. Evans Law Library, she also worked at the Center for Computer-Assisted Legal Instruction as its director of content and community development.

“What Sarah does is kind of unravel some of the things that courts hide behind,” says Elmer Masters, CALI’s director of technology. “I think it’s great to put that information out there and help people understand why they should have online access to court documents, but they don’t.”

Glassmeyer, 40, grew up on an Ohio farm in Appalachia. Before law school, she was an AmeriCorps VISTA volunteer. Her assignment involved managing a Cincinnati tutoring program that paired senior citizens with inner-city students.

For the most part, Glassmeyer says, she hated law school—she disliked both the competitiveness and the teaching style. She couldn’t see herself practicing law but wanted to do something that helped people. So she got a master’s degree from the Indiana University School of Library and Information Science in 2005.

“Library science is the happiest accident of my life,” she says. “I love working with self-represented litigants, and a lot of what I do is what I would have done as a legal aid attorney, without the commitment and being weighed down too much by the actual practice of law.”