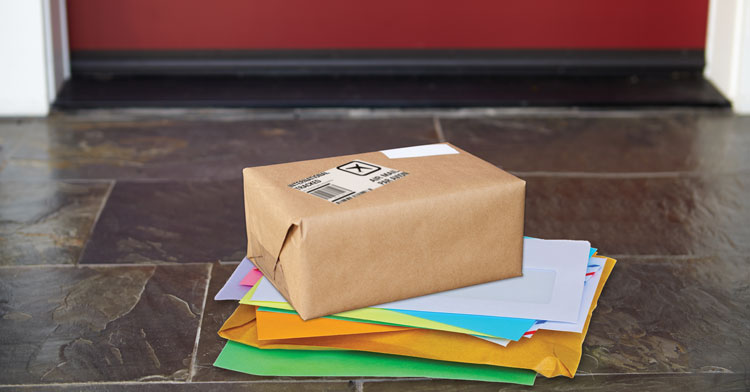 While traveling the globe as a physician aboard the Greenpeace sailboat Rainbow Warrior II, Rebecca Gomperts met many women who lacked access to reproductive health services and legal abortions. In desperation, many resorted to harmful practices to end their pregnancies.

To the Dutch doctor, that seemed unfair. So in 1999, she launched Women on Waves, a ship that travels to regions where abortion is illegal and provides medication-induced abortions—in international waters. That’s just one of several initiatives Gomperts has spearheaded to provide reproductive health information and services globally. In 2005, responding to countless requests, Gomperts founded Women on Web, a website that provides self-induced abortion pills via the mail in countries where abortion is illegal or severely restricted. The site went live in April 2006.

And with access to abortion in the U.S. becoming more difficult, Gomperts last year began offering her service to American women, launching a website called Aid Access in April 2018. Aid Access provides only prescriptions, not pills, which are sent through an independent pharmacy. Far too many women cannot safely and affordably access abortions and instead turn to websites that offer pills without medical supervision, Gomperts says.

“I get requests for help from women living in their car with three children, a lot of domestic violence and rape cases, women who can barely make ends meet financially,” Gomperts says. “These women have nowhere else to turn for help.” But the Food and Drug Administration is investigating Gomperts’ mail-order abortion-drug practice in the U.S., and abortion foes are vowing to fight back with federal legislation.

Reproductive rights advocates say the launch of Aid Access demonstrates the growing demand for self-induced abortions using pills, which were first approved by the FDA in 2000. According to the Guttmacher Institute, medication abortion accounted for 31 percent of all nonhospital abortions in 2014, the latest year for which statistics are available.

The issue is increasingly in the spotlight because of concerns that the conservative-leaning U.S. Supreme Court will restrict abortion rights, and because many states have made access to abortion services difficult by shuttering clinics or cutting funding.

But legal landmines still exist, and advocates say they fear scrutiny will only grow as the procedure becomes more accessible. Since 2000, at least 21 people have been arrested on suspicion of ending their pregnancies or helping someone else do so, and some have even been jailed, according to the SIA Legal Team, which was previously known as the Self-Induced Abortion Legal Team, a law and policy nonprofit.

SIA cites a patchwork of antiquated criminal self-abortion bans, ambiguous laws governing unborn victims of violence, and other laws prone to misuse by prosecutors. According to SIA, seven states—Arizona, Delaware, Idaho, Nevada, New York, Oklahoma and South Carolina—directly prohibit self-induced abortions, while 11 other states have fetal-harm laws and 15 more have criminal abortion laws that could be used against someone who ends her own pregnancy.

In October, SIA launched a free helpline and attorney referral program for people who’ve been investigated for self-induced abortions or fear they might be. It also provides technical assistance to public defenders and defense attorneys and works to challenge “problematic laws” via civil litigation, says Jill E. Adams, the group’s founder and strategy director.

Adams declined to say how many women have called the helpline, but says, “People in the reproductive health and criminal justice field have had a very positive response to it and say they’re glad it exists.”

The group expects a continued uptick in calls given the anti-abortion climate being fostered by the Trump administration.

If a woman is less than nine weeks pregnant and healthy, she can be screened by Gomperts’ service via an online consultation. If all goes well and the woman has no medical contraindications, Gomperts writes a prescription for mifepristone (brand name Mifeprex) and misoprostol, which are mailed from an off-site pharmacy.

Together, the drugs are about 97 percent effective in causing an abortion within the first trimester. The cost is $95, but Gomperts says she’s willing to offer a reduced price or the drugs for free. “Nobody is turned away because they cannot pay,” she says.

According to an October 2018 story in the Atlantic, Gompert sends the prescriptions to an Indian pharmacy. The story says Gomperts had mailed about 600 pills to women in the U.S. While there are other options to get pills by mail, Aid Access is the lowest cost and the only one with physician oversight, according a report card from Plan C, a medication abortion advocacy group.

Gomperts declined to say how many pills she has arranged to have sent to women in the U.S. or whether she’s surprised by the demand.

“This is not about numbers but about each and every individual woman and the reasons why she cannot access local abortion services,” Gomperts says. “By creating obstacles to access abortion services, women’s rights are violated.”

Dr. Daniel Grossman, a professor of obstetrics and gynecology at the University of California at San Francisco, says mifepristone and misoprostol “are very well-studied and have been shown to be very safe” when used to end a pregnancy of up to 10 weeks. Women typically take the first pill in the office or at home and the second 24 to 48 hours later. From that point on, the woman must determine whether she’s having a rare complication that might require evaluation at a clinic or emergency department.

Grossman says in an ideal world, women should always have access to clinic-based care if that’s what they prefer, but he doesn’t have “serious medical concerns” about women self-managing an abortion, provided they have accurate information and get high-quality drugs.

For its part, the FDA says that “Mifepristone, including Mifeprex, for termination of pregnancy is not legally available over the internet.” It adds: “The agency takes the allegations related to the sale of mifepristone in the U.S. through online distribution channels very seriously and is evaluating the allegations to assess potential violations of U.S. law.”

Several anti-abortion groups have come out against the move to supply abortion-inducing pills to women in the U.S.

Students For Life of America, the nation’s largest anti-abortion youth organization, says shipping the drugs to U.S. women is a “disaster in the making.”

“We know that women have died using chemical abortion drugs, and that a physical exam is the only way to check for two key conditions that have resulted in death—later-term pregnancy or ectopic pregnancy,” SFLA’s Kristan Hawkins said in a statement.

“To risk women’s lives by mailing out these drugs without any oversight, exam or follow-up endangers women for no reason other than a political agenda that ignores women’s needs,” Hawkins said.

Meanwhile, the anti-abortion group Americans United for Life says it is in discussions with potential congressional sponsors of federal legislation relating to the matter. “In addition to the fact that the process does not follow the [FDA’s] recommendations for patient protection ... some states have outlined by statute or medical rule how drug-induced abortions must be handled, given that they are riskier than surgical abortions,” says Catherine Glenn Foster, a lawyer and AUL’s president and CEO. “Gomperts’ scheme does not appear to take such laws into account.”

While keeping a watchful eye on developments, reproductive rights advocates say restrictions on abortion services only create more social inequality, meaning that women with financial means and information, plus time and money to travel out of state if needed for an abortion, are much more likely to access services than women without.

Women seek nonclinical abortions for many reasons, including a desire for privacy, cultural tradition, religious beliefs, gender identity or because they’re in an abusive relationship.

Adams says unfortunately, the threat of arrest looms largest for youth and women who are marginalized, especially those living in poverty, people of color, those lacking immigration documentation and women who rely on public insurance.