After playing his ACES, GC Jeffrey Carr sits out a round 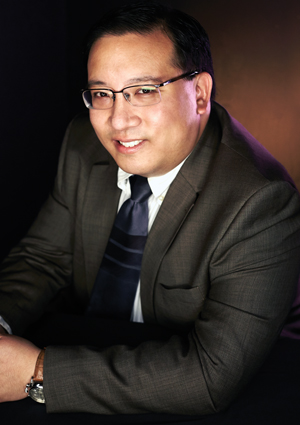 Plenty of lawyers and law firms are on Twitter, but when it comes to making important announcements, the microblogging service has yet to catch on with the legal profession the way it has in other sectors. As such, my colleagues and I were surprised to see a tweet from Jeffrey Carr, general counsel at FMC Technologies, announcing his retirement effective Aug. 1.

I asked Carr to talk about his future plans, and the main takeaway is that he really doesn't have any. Instead of board meetings and brainstorming ways to transform law practice, Carr intends for now to spend time with his wife at their beach house in Sandestin, Florida, play piano and race his vintage cars.

"I'm playing it by ear," says Carr, who has been with FMC since 1993, serving as general counsel since 2001. "It's a wonderful situation to be able to sit back and reflect while deciding what I want to be when I grow up."

Carr has a lot to reflect on. He's best known for creating the Alliance Counsel Engagement System, a method of hiring outside counsel that emphasizes value and goals. With ACES, Carr flipped the billable-hour model on its head: Instead of letting law firms keep the meter running, Carr told his outside counsel that their pay would rise based on how quickly they accomplished certain objectives.

"I got a lot of grief at the time," Carr says, "but here's my face not caring. In a world of thousands upon thousands of alternatives, the customer should be the king. While I respect firms and how they do business, we have absolutely no problems finding lawyers and firms that will work with us in how we want to work."

Carr, who was named an ABA Journal Legal Rebel in 2009, says his "aha moment" came when he realized the fundamental contradiction within the legal industry. "When I was a law firm associate in the 1970s, I immediately realized that there was a disconnect between the interests of the firm and the customer," says Carr, who spent time at Willkie Farr & Gallagher and Wald Harkrader & Ross in Washington, D.C.

Susan Hackett, former general counsel at the Association of Corporate Counsel who now runs the consulting company Legal Executive Leadership, calls Carr a true game changer. She credits Carr for proving that value-based concepts are just as viable for smaller legal departments, and also points to his leadership role in launching the ACC's Value Challenge, a program designed to reward law firms and departments for increasing the value of legal services.

"He was one of the few people who was visible and vocal about reform who wasn't from a giant law department," Hackett says.