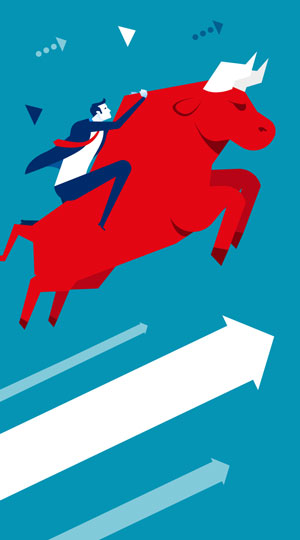 A lot remains unknown about our post-coronavirus future, but an onslaught of commercial bankruptcies seems inescapable—and law firms are taking a hard look at their bankruptcy and restructuring practice groups in anticipation of increased demand.

John D. Penn is firmwide chair of Perkins Coie’s bankruptcy and restructuring practice. With nearly four decades of experience, he’s seen it before, and he knows there’s trouble ahead. “I’m sitting on the beach watching the water recede to the horizon,” he says. “I don’t know how fast it will come or how far inland it will go, but the tsunami is on its way.”

Lawyers interviewed for this story report that legal headhunters are busy looking to place or to poach bankruptcy lawyers. In April, Baker McKenzie added three lawyers from Greenberg Traurig to its global restructuring and insolvency practice, including Mark Bloom, who had been Greenberg’s bankruptcy practice group co-chair. Gibson, Dunn & Crutcher got an early start last October by bringing on three business restructuring lawyers from Jones Day. Meanwhile, a spokesperson for Latham & Watkins says the firm has been expanding its global restructuring and special situations practice over the last several years.

“The legal recruiters are out there hot and heavy in a very competitive environment,” says Christopher Ward, chair of the bankruptcy and financial restructuring practice at Polsinelli and managing shareholder of the firm’s Delaware office. “We’re fairly busy today, and we are staffing up.”

At Perkins Coie, Penn’s team currently comprises 14 partners, three senior counsel and an associate—plus a newly hired junior associate based in Chicago. “We never cut our bankruptcy practice after the last recession. We have always understood there are economic swings, so we’ve maintained our expertise levels to be ready. This is not our first rodeo,” says Penn, who is based in Dallas. He also says his firm is strongly positioned to aid clients in the commercial mortgage-backed securities arena along with hospitals and retailers. 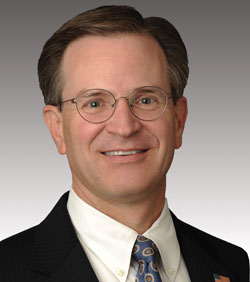 At Stinson, bankruptcy and creditors’ rights partner Thomas J. Salerno says he’s planning to hire at least two additional associates. “We’re actively interviewing candidates right now,” Salerno told the ABA Journal in late May. He’s also recruiting and retooling existing firm partners and associates from related fields. “Bankruptcy is a generalist practice, and we are beefing up. You need litigation folks, corporate M&A people for restructuring, and tax, labor and environmental skill sets,” he says. “The restructuring partner is the quarterback of the team.”

Salerno, who is based in Phoenix, drafted an article with a series of coronavirus impact predictions for the American Bankruptcy Institute, where he plays drums for the ABI house band and leavens his lawyerly insights with an occasional pop music reference. As an epigram to his ABI piece, he quoted a line from the 1972 Johnny Rivers hit: “I got the rockin’ pneumonia and the boogie woogie flu.”

Credit will tighten, straining downstream vendors and manufacturers, he forecasts in the article, written with G. Neil Elsey of Avion Holdings, and distressed companies will argue they are not really in default as they invoke force majeure clauses to defend collection actions. Bankruptcy courts will be lenient with debtors and will allow more telephonic appearances, which will cut some client costs but will negatively impact the airline, hotel and restaurant sectors. There will be opportunistic acquisitions by vulture investors. Cash flow and liquidity restrictions will impact asset sales and cram-down dynamics.

“The deluge hasn’t started. You see scattered showers right now,” Salerno says in a phone interview. “Banks aren’t yet overly aggressive. They don’t want their building back. Despite a few nasty letters, they are in wait-and-see mode. I expect the real storm in mid-to-late August.”

At Day Pitney, bankruptcy and restructuring practice group chair Joshua W. Cohen deals with a firmwide 15% pay cut for all attorneys during the remote working period and other efforts to maintain financial stability by bolstering his group from within. “When times are good, our tax, corporate, securities, real estate and energy partners are all busy in their disciplines. But when the bottom drops out, we want to keep everyone fully engaged,” he says. “So we take a multidisciplinary approach to our bankruptcy practice. To the extent we find we still need to fill holes, we’ll do that.” 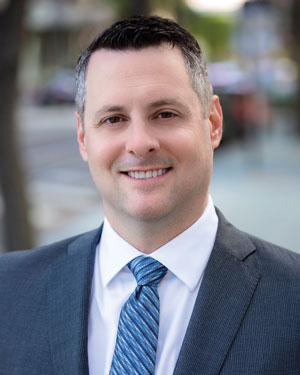 “There’s more bankruptcy business coming in than in the last decade,” Scott A. Underwood says. Photo by Will Lugo.

Cohen expects the bankruptcy leaders will be in the hospitality, main street retail and oil and gas sectors. “Not the big-box stores. Real estate will be an issue as tenants can’t pay their rents, and there will be another wave of airline bankruptcies. It still depends in part on who gets bailed out.”

Scott A. Underwood, formerly the chair of the bankruptcy and creditors’ rights practice group at Buchanan Ingersoll & Rooney, left that post to open his own firm in Tampa, Florida, in June. “This is a now-or-never time for anyone in the industry who ever wanted to strike out on his own,” he says. “There’s more bankruptcy business coming in than in the last decade, even as it’s become plain that large firms will be struggling in their nonbankruptcy practice areas. And large firms doing bankruptcies have conflict issues, such as when they represent financial institutions, that I can avoid in a small shop.”

He adds that he listened to the intel he was getting from his creditor clients as far back as 18 months ago and understood the upcoming need for more staffing. “A lot of borrowers were on very thin margins, and interest rates were so low that we foresaw [bankruptcy] filings would rise, and they have.”

This article first appeared in the August/September 2020 issue of the ABA Journal under the headline “Bull Market: Anticipating a post-COVID-19 boom, law firms are staffing upon bankruptcy lawyers.”