Automation is a threat without human roles, keynote speaker says 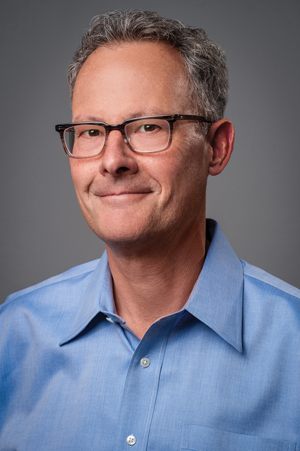 “Automation Makes Us Dumb.” The Shallows: What the Internet Is Doing to Our Brains. “Are Google Maps and GPS Bad for Our Brains?”

These are some of the many provocative technology-related works published by Nicholas Carr. The Denver-based journalist will deliver the keynote address at the 2015 ABA Techshow, which will take place April 16-18 at the Hilton Chicago.

Carr was a 2011 Pulitzer Prize finalist for The Shallows. Most recently, he published The Glass Cage: Automation and Us, a book that examines the effects of automation on several industries, including the legal field.

“I came across research that showed that, as software gets better, humans learn less and practice their skills less,” Carr says. “In theory, the more we can take tasks away from humans, the more time humans will have to work on more important things. What actually happens is people start to get passive and lose attentiveness. What we end up seeing is a fading of human talent.”

Carr says he isn’t showing up at Techshow to inform attendees that they need to welcome their new computer overlords. Rather, he is concerned about the potential effects of automation on humans, and he points to the legal industry as an area that’s already struggling with this issue.

Many law firms and lawyers rely on automation to perform tasks like document review and generation. Some are already experimenting with software that drafts contracts. The argument in favor of increased automation is that it allows lawyers to concentrate on more complex and important legal matters.

Carr, however, warns that some of those more complex and important legal matters are already being co-opted by machines. One example is advanced software that can make decisions about litigation strategy.

“It’s still very much in the early stages. I’ve seen them used in some intellectual property cases, but it’s still very much on the horizon,” says Carr. “As we’ve seen with e-discovery or even contract generation, as soon as the computers move in, they really reshape these jobs very quickly—or destroy them altogether.”

To avoid becoming superfluous or irrelevant, Carr says it’s important that the software be designed in a way so that it requires humans to be integrally involved in the process and forces them to use their skills. “The danger,” he says, “is that software can turn people passive and into little more than computer operators.” One way that people can avoid becoming replaced by machines, computers or software is to have a better understanding of how they work. Toward that end, Techshow continues to emphasize education and practical advice for attorneys to get the most out of technology.

As in years past, this year’s Techshow will focus on cloud computing, going paperless and digital security. However, the show will also cover new topics such as wearable technology, how lawyers use Evernote and how to use Yelp to market yourself.

Brett Burney, chair of the ABA Techshow board, says two of last year’s new tracks—one dealing with MS Office 365 and one focusing on the Apple iPad—will return. Last year’s social media track, however, will be folded into a brand-new track that covers marketing.

“Social media really is more like marketing in that you do it to tell people who you are and what you do,” Burney says. In that vein, the marketing track will also cover search engine optimization and ethical issues.

Even tech-savvy lawyers can get a lot out of coming to Techshow, says Burney. “Some sessions are strictly for advanced users, like ‘How to Litigate on the iPad,’ for instance,” he says. “I’ve also found that going to the Expo Hall can be very educational, even for more advanced lawyers. It’s a very hands-on experience that allows lawyers to learn things and network at the same time.”

Burney also points out that the final day of the conference, which takes place this year on Saturday, April 18, is always informative. This year’s traditional plenary session will feature former Kia Motors corporate counsel Casey Flaherty and Andrew Perlman, director of the Institute on Law Practice Technology and Innovation at Suffolk University Law School.

“It doesn’t matter who you are,” Burney says, “you always learn something from those sessions.”

This article originally appeared in the April 2015 issue of the ABA Journal with this headline: “Scary Tech: Automation is a threat without human roles, keynote speaker says.”