Can plaintiffs from other countries hold China legally accountable for the coronavirus pandemic in their respective courts? 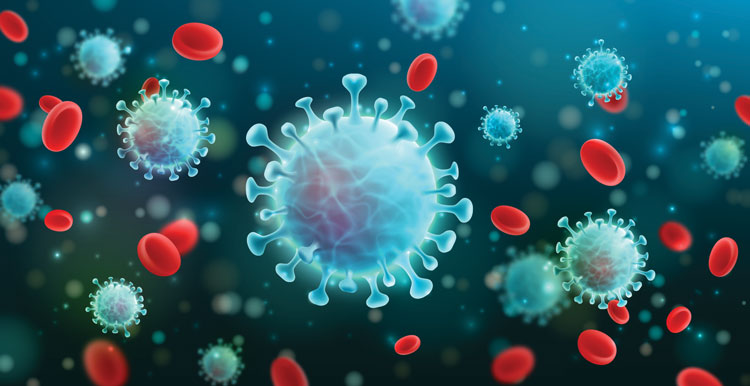 Barely 24 hours after the World Health Organization officially designated COVID-19 as a pandemic on March 11, the international legal blame game began. The first firm to file a lawsuit against the government of China and the Chinese Communist Party was Florida-based Berman Law Group, a Boca Raton firm with a heavy emphasis on mass torts and class actions.

Matthew Moore, the firm’s litigation attorney, stayed up all night drafting the complaint, which he filed in the Southern District of Florida the day after the declaration by the WHO. The case, a class action suit, was brought on behalf of individuals and small businesses alleging a variety of financial and health damages, on grounds citing China’s negligence in failing to contain the virus and in actively concealing the outbreak and its extent from the world.

In April, Moore expanded the effort with a second complaint designating another class: health care workers. Hundreds of nurses and doctors have joined the suit claiming China harmed them by hoarding essential personal protective equipment they needed for work safety. In short order, federal lawsuits were filed in California, Texas and Nevada, and even the attorneys general of Missouri and Mississippi brought coronavirus cases against China.

Moore says his firm has been inundated with inquiries from potential plaintiffs. “Some days it’s 100, other days 2,000,” he says. Total inquiries have exceeded 15,000.

The firm is building a global coalition of international citizens and law firms to hold China accountable. Berman Law Group also has received offers to join its Florida lawsuits, or help prosecute them, from attorneys in more than 47 countries. Attorneys in Italy, Nigeria, Turkey and India also have independently filed complaints against China.

The litigation has spurred a double-edged question: Do international coronavirus cases have any chance of success, and even if they do, are the courts the proper forum to resolve issues that impact United States foreign policy?

The consensus among international law scholars and attorneys to both questions has been a resounding no. A gargantuan obstacle is the bedrock doctrine of sovereign immunity, which protects a nation from being sued in another nation. Most countries, including China, extend it as a reciprocal courtesy.

On May 26, however, according to the Chinese state-run press agency Xinhua and communist party publication Global Times, China’s National People’s Congress proposed drafting a foreign states immunity law to allow Chinese citizens to sue the U.S. government in Chinese courts.

Litigation against foreign nations in U.S. courts is expressly prohibited unless it fits within one of the narrowly drawn exceptions in the Foreign Sovereign Immunities Act. The statute was enacted in 1976 to clarify conflicting thoughts on proper use of the statute. The most commonly raised exceptions, which are alleged in several pending COVID-19 complaints against China, are misconduct in the United States by foreign nations involving commercial activity and noncommercial torts.

The pandemic suit filed in Texas by attorney Larry Klayman and his conservative nonprofit Freedom Watch also alleges China created the virus in a lab as a biological weapon, amounting to an act of international terrorism, another exception. FSIA was amended in 2016 to extend continuation of a long-standing suit, which is still pending, against the government of Saudi Arabia by families of victims of the 9/11 attacks.

The Florida complaint also seeks redress for untested grounds on which to sue a foreign country—the odds of which rival the chance of winning the lottery. To prevail, Congress would need to amend the FSIA to add yet another exception: engaging in an “ultrahazardous activity” that caused damage in the United States.

Berman claims with regard to China’s conduct that strict liability may be imposed for China’s operation of bioweapons labs, including one near Wuhan’s Huanan Seafood Wholesale Market, which is widely suspected to be the origin of the outbreak.

“The idea that China is responsible for the original outbreak ignores all the subsequent missteps that have allowed the pandemic to ravage the United States,” says former State Department lawyer Chimène Keitner, a professor of international law at the University of California’s Hastings College of the Law in San Francisco. “So unless the U.S. government is willing to abrogate its own sovereign immunity, I think it really misses the point to not allow full investigation and accounting of what various governments could and should have done differently.”

Tom Ginsburg, an international law professor at the University of Chicago Law School, considers the cases against China a misuse of tort law. “You’re having the foreign policy of the United States being dictated by a bunch of tort lawyers in Florida,” he says. “We have a State Department for a reason.”

In April, coronavirus-related legislation was proposed in both houses of Congress.

• Rep. Dan Crenshaw (R-Texas) and Sen. Tom Cotton (R-Ark.) introduced the Holding the Chinese Communist Party Accountable for Infecting Americans Act. It would amend the FSIA to allow litigation against a foreign state that deliberately conceals or distorts information about an international public health emergency. 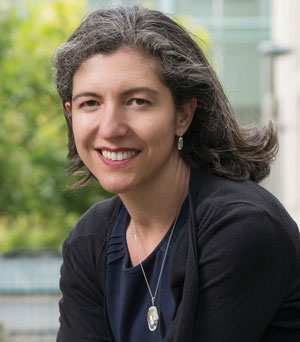 According to former State Department lawyer Chimène Keitner, who is now a professor of international law at University of California’s Hastings College of the Law in San Francisco, holding China accountable for the original outbreak of COVID-19 “ignores all the subsequent missteps that have allowed the pandemic to ravage the United States.” Photo by Jim Block.

• Republican Sens. Marsha Blackburn from Tennessee and Martha McSally from Arizona introduced the Stop China-Originated Viral Infectious Diseases Act of 2020 or the Stop COVID Act of 2020. It would create an exception to sovereign immunity if a foreign state is alleged—intentionally or not—to have discharged a biological weapon.

Keitner says even if the pending cases succeed or the FSIA amendments pass, making China fair game for litigation in the U.S. would be “a total nightmare.” She warns against making the “knee-jerk reaction of stripping foreign states of their sovereign immunity every time they do something we don’t like.”

The United States is already a target in pending litigation in China. Two attorneys from that nation each filed coronavirus-related cases against the U.S. government.

A suit by Wuhan attorney Liang Xuguang names the Centers for Disease Control and Prevention, the Department of Defense, and other entities, and it alleges they caused harm to Chinese individuals and businesses by covering up the pandemic and allowing it to spread. It seeks damages of approximately $28,000—which pales in comparison to the $20 trillion Klayman asserts is due to plaintiffs in the class action he filed in the Northern District of Texas. The second suit from China, brought by Beijing attorney Chen Yueqin, seeks compensation for the reputational damage done by President Donald Trump’s description of COVID-19 as “the Chinese virus.”

George Sorial, an attorney and former top-level executive at the Trump Organization, maintains that civil litigation is the only means of making the class members whole. A government relations and communications consultant to Berman Law Group, he shared a media brief that was provided to senior government officials who are advising Trump. He says that because of the “atrocity against mankind” allegedly committed by China, that nation should not be allowed to “hide behind” the concept of sovereign immunity. “That would set very dangerous precedent.”

Still, Sorial remains optimistic. “I think some good things will grow out of this. We have a rare opportunity now for the world to unite and address this issue and implement consequences to ensure something like this never happens again.”

This story was originally published in the August/September 2020 issue of the ABA Journal under the headline: “Filing suit for COVID-19: Can plaintiffs from other countries hold China legally accountable for the coronavirus pandemic in their respective courts?”