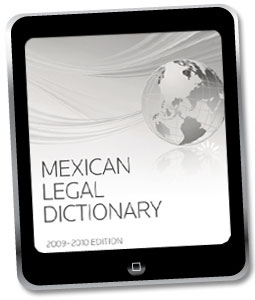 Whether NAFTA has helped stimulate trade between the US, Mexico and Canada is a continuing source of debate, but the agreement did lead to one thing: an iPhone app.

In response to the growing demand for information on Mexican law, Thomson Reuters recently developed a Mexican legal dictionary app. The app includes English and Spanish audio pronunciations as well as definition of legal terms from the company’s Mexican Legal Dictionary. It also includes other information like sentencing guidelines and reference guides to the role of certain Mexican government advisory councils.

Jorge Vargas, a law professor at the University of San Diego who is the editor of the Mexican Legal Dictionary, says the demand for information on Mexican law has grown dramatically, especially after the passage of NAFTA in 1994.