Every lawyer a lexicographer: Defining words with clarity, brevity and practicality 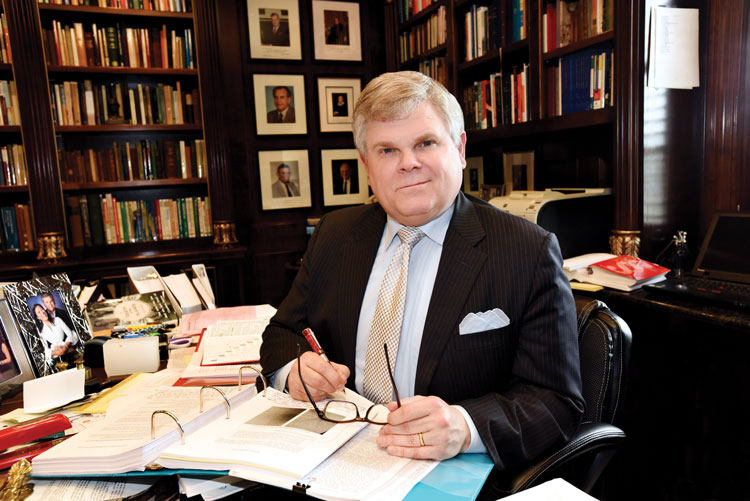 I’m a lexicographer by trade: a writer of dictionaries—or, as Samuel Johnson added to his 1755 definition, “a harmless drudge.”

But then so are you if you prepare legal instruments. Lawyers are constantly creating definitions, seemingly to a greater extent as time goes by. These definitions appear mostly in transactional practice (contracts, wills, etc.) but also in legislative and regulatory work (statutes and rules)—and even in briefs.

Over the past quarter century, I’ve hired lawyer-staffers to help me in my work on Black’s Law Dictionary. The test I formerly used was to ask interviewees to define the word hotel—on the spot, with just a pencil and a legal pad. It’s a pretty good test.

In fact, I encourage you to take that test now. Before reading to the end of this column, try writing a definition for the word hotel. Later, you can compare your efforts against what I’d consider an acceptable definition. Mind you, there’s no client asking for a particular definition slanting things one way or another. You’re just trying to define the common meaning of hotel. Have at it.

The Utah Supreme Court once tried to define hotel, and its definition became ensconced in the fifth and sixth editions of Black’s Law Dictionary (1979, 1990). It was a pretty poor definition, missing a crucial element and containing a grammatical bobble. So when I became editor-in-chief of Black’s in the mid-1990s, I removed it—partly because it’s not a legal term anyway.

True, there has been litigation about hotels, but there has also been litigation about nails, screws, washers and just about everything under the sun. If those terms go into a law dictionary, then everything goes in. For lexicographers (like you and me), the choice of coverage in a glossary or dictionary is known as lemmatization. Which words get in?

I trust you’ve now defined the word hotel to the best of your ability. Excellent.

The word hotel has a history with me as a lexicographer. In July 1979, while studying at Oxford University, I attended a talk by Robert W. Burchfield, editor-in-chief of A Supplement to the Oxford English Dictionary. He was the most revered lexicographer on earth, and he made the word hotel the centerpiece of his talk by contrasting how American and English dictionaries treat the term.

Burchfield was proud of the definition in the Oxford English Dictionary: “a house for the entertainment of strangers and travelers, an inn; esp., one that is, or claims to be, of a superior kind.” That had first appeared in print about 1901. Burchfield conceded that house wasn’t quite right in the late 20th century, but then it wasn’t really quite right when it was written: There were many hotels that were large commercial structures even in the late 19th century.

But Burchfield argued that at least that definition is a definition, not an encyclopedia entry. To a lexicographer, encyclopedic information goes beyond the core meaning of the term being defined, and it’s generally viewed by British lexicographers as extraneous.

Burchfield criticized American lexicographers as absurdly encyclopedic in their approach, and he cited a definition of hotel in Webster’s Third New International Dictionary of the English Language (1961—but still the definitive Merriam-Webster unabridged dictionary). Here goes; stay with it through the end: “a building of many rooms chiefly for overnight accommodation of transients and several floors served by elevators, usu. with a large open street-level lobby containing easy chairs, with a variety of compartments for eating, drinking, dancing, exhibitions, and group meetings (as of salesmen or convention attendants), with shops having both inside and street-side entrances and offering for sale items (as clothes, gifts, candy, theater tickets, travel tickets) of particular interest to a traveler, or providing personal services (as hair-dressing, shoe shining), and with telephone booths, writing tables, and washrooms freely available.”

As you might imagine, hearing Burchfield read this definition, slowly, in his inimitable Oxonian/New Zealander accent, provoked a good deal of laughter from the students present at his lecture. The definition is surely wrong in requiring “several floors served by elevators,” but at least many of the silly specifics (shoe shines, hair-dressing, etc.) follow the abbreviation “usu.” (usually). One element missing from both of those definitions is that lodging at a hotel typically involves a charge—it’s a commercial affair.

Bryan A. Garner, the president of LawProse Inc., is a law professor, grammarian and lexicographer. His most recent book is

Nino and Me: My Unusual Friendship with Justice Antonin Scalia.