Despite contractual obligations to clam up, some folks can't can the chatter 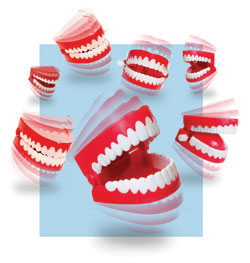 These days, with such a plethora of media outlets, it’s much too easy to share unfiltered thoughts and opinions. An offhanded comment in an unguarded moment can scuttle a friendship—or a career—in short order. Share too much personal info and the “ick factor” kicks in.

In other words, some of us just don’t know when to zip our lips.

But blabbing incessantly contributes not only to personal problems; it can cause financial ones as well. Legal disputes, for example, sometimes contain sensitive or even salacious details, and one or both parties might be willing to pay to keep those details on the QT. That, of course, means a confidentiality—or nondisclosure—agreement.

Celebrities often use such agreements to keep the particulars of their private lives out of the public eye. Actor Mel Gibson is one such celebrity. He has become known for various explosive outbursts, often peppered with inappropriate language. So when he wanted to end his relationship with musician Oksana Grigorieva, with whom he had a child, they both signed confidentiality agreements to keep the lurid details of their breakup out of the scandal sheets.

Grigorieva walked away with a house, child support and a $750,000 cash settlement, to be paid in three portions. All she had to do was talk about anything but Gibson.

She probably should have steered clear of Howard Stern, too.

In October, Grigorieva appeared on Stern’s satellite radio program and answered questions about her time with Gibson. She didn’t mention his name and gave only vague answers, saying the experience was “painful and dark,” and that she wanted to help others who find themselves in similar situations.

But it was enough for a judge to put the kibosh on the $375,000 still unpaid from the settlement. Grigorieva, who reportedly turned down Gibson’s initial breakup offer of $15 million, declared bankruptcy in February.

Social media outlets are another—even faster—way to rid oneself of the burden of having to deal with a substantial infusion of cash.

Patrick Snay, now 69, was the headmaster at Gulliver Preparatory School in Miami. In 2010 the school declined to renew his contract. He sued, alleging age discrimination and retaliation. The case was settled in November 2011 with Gulliver agreeing to cut checks for back pay and legal fees, as well as an $80,000 settlement. A confidentiality agreement stated that neither Snay nor his wife would discuss the settlement.

The Snays told their daughter, Dana, of the terms and she quickly shared it with the world on Facebook: “Mama and Papa Snay won the case against Gulliver. Gulliver is now officially paying for my vacation to Europe this summer.” Then, for extra emphasis, she added: “Suck it.”

Citing the agreement, Gulliver canceled the payment. Snay won a ruling to enforce the settlement and Gulliver appealed. And in February, Florida’s Third District Court of Appeal nullified the settlement and included a reference to Dana’s taunting post.

With so many ways to communicate at our fingertips, it’s not hard to understand why oversharing occurs. But what part of “confidential” do we not understand?

This article originally appeared in the June 2014 issue of the ABA Journal with this headline: “Look Who’s Talking: Despite contractual obligations to clam up, some folks can’t can the chatter.”