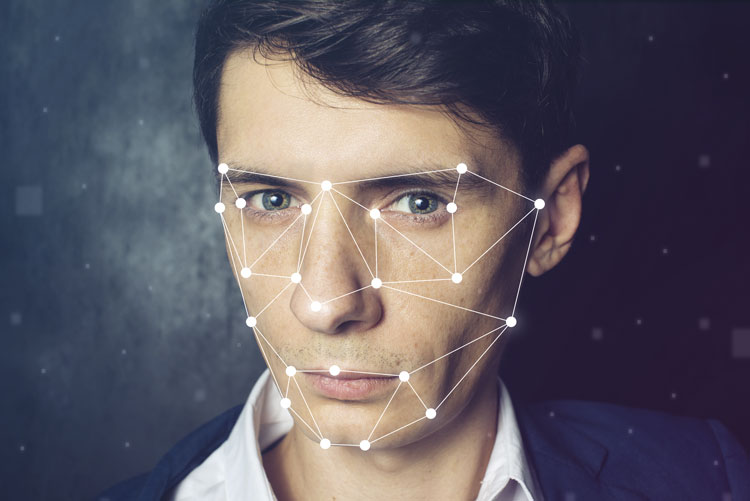 When convicted killer James Robert Jones escaped from Fort Leavenworth in Kansas in 1977, he couldn’t have imagined the circumstances that would lead to his capture nearly 40 years later.

Jones, a former soldier, had been convicted in 1974 for stabbing to death another soldier, 18-year-old Pvt. Lonnie Eaton. His sentence was 23 years in military prison. After escaping, Jones moved to Florida, where he lived under the name Bruce Walter Keith.

Federal marshals located Jones, then 59, in 2014, after they used facial recognition technology to compare Jones’ old military photo to photos from a database of Florida driver’s licenses—including one issued to him as Keith in 1981. After they made a positive match, the authorities arrested Jones at the air conditioning repair shop in Pompano Beach where he had been working.

The sophisticated technology that helped nab Jones enables people to be identified based on photos of them—including pictures taken by state agencies, such as departments of motor vehicles, as well as surveillance footage captured by street cameras.

In general, the software relies on algorithms to compare different photos and determine whether they depict the same person. Although the field is still in its infancy, its popularity is growing. Law enforcement officials are using it to help solve crimes and find fugitives. The private sector is drawing on facial recognition for confirming airport check-ins, helping people identify their friends on social networking sites and more.

But even as the technology is proving useful on a variety of fronts, its growing deployment is raising alarms among civil libertarians, who worry that the capability to identify people based solely on their appearance will erode privacy.

Cameras are ubiquitous on the streets already. If the technology comes into wider use, people could be identified as they go about their daily business, says Adam Schwartz, a civil rights lawyer at the Electronic Frontier Foundation in San Francisco.

“We take it as a given in a free society that we can go out in public and be a face in the crowd without anyone knowing where we’re going and coming,” Schwartz says.

More than 117 million U.S. adults are already in databases that can be accessed at will by law enforcement officials seeking to deploy facial recognition software, according to a 2016 report by the Center on Privacy & Technology at Georgetown University Law Center.

For example, the FBI has arrangements with officials in 18 states to access driver’s license photos to investigate crimes by comparing them to photos of suspects.

Law enforcement officials say they need all the tools at their disposal to fight crime.

But others think the authorities might be overstepping with these initiatives. “Innocent people should not be on this database,” said Rep. Stephen Lynch, D-Mass., during a recent congressional hearing on the subject. “This is corrosive of our very liberty.”

Delta Air Lines recently started testing a facial recognition system in Minneapolis that allows passengers who have passports to check their bags at a kiosk and then verify their identity via a facial scan.

In June, JetBlue Airways began to test a boarding procedure that relies on scans of passengers’ faces in lieu of physical boarding passes.

And internet companies such as Facebook use the technology to enable people to automatically tag their friends in photos.

Developers in Russia created a dating app, FindFace, that lets people take photos of strangers and then discover their identities, provided they have a photo on the social media network VK, according to The Guardian, a British newspaper.

Schwartz says there’s very little people can do to prevent others from using this kind of software. “It is very easy for someone to get your face without your knowledge or permission,” Schwartz says. “There’s nothing we can do to hide our faces, short of wearing ski masks all the time.”

HOW ACCURATE IS IT?

Alvaro Bedoya, a professor at Georgetown Law and executive director of the Center on Privacy & Technology, says use of the technology by the police might discourage people from engaging in political activity, including protests.

“There’s a real risk with regard to freedom of speech,” Bedoya says. “Are you going to go to a rally against the president, or a gun rights rally for that matter, if you know that law enforcement can take a photo of you and identify you from far away?”

According to Bedoya, some prior studies have suggested that facial recognition is less accurate than fingerprints, which raises the possibility that people will be targeted by the police based on incorrect identifications.