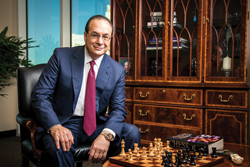 A Florida ethics rule interpreted by the state bar to prohibit lawyers from citing results from their past cases in radio and television commercials and indoor or outdoor display ads violates the First Amendment, according to a U.S. district court ruling that legal experts characterize as significant.

The case reflects the Florida Bar's long-standing ambivalence toward lawyer advertising, which the U.S. Supreme Court held in its 1977 ruling in Bates v. State Bar of Arizona to be commercial speech entitled to protection under the First Amendment. Since then, Florida has maintained one of the strictest regimes for regulating lawyer advertising of any state in the country. In recent years, for instance, Florida was the only state with an outright prohibition against lawyers including information about past results in their advertising. Other states generally followed the lead of the ABA Model Rules of Professional Conduct, which impose no blanket restrictions on references to past results, although six states (Missouri, New Mexico, New York, South Dakota, Texas and Virginia) require references to past results to be accompanied by a disclaimer.

In the wake of this action, attorney Robert Rubenstein and his law firm Rubenstein Law in Miami developed an advertising campaign that featured references to past recoveries for clients. One of those ads included the words "Collected over $50 million for their clients in just the last year! Gross proceeds. Results in individual cases are based on the unique facts of each case." The bar issued an opinion letter to Rubenstein stating that the advertising containing statements regarding past results complied with the revised rules.

But in early 2014, the Florida Bar's board of governors shifted gears again when it issued new "guidelines for advertising past results." The guidelines amounted to the bar's interpretation and application of the rules adopted by the supreme court "to assist lawyers in complying with these requirements." The bar's guidelines state: "The inclusion of past results in advertising carries a particularly high risk of being misleading," necessitating the inclusion of more information than most types of advertising so as to comply with the formal rules. "Indoor and outdoor display and radio and television media do not lend themselves to effective communication of such information. Consequently, the bar generally will not issue a notice of compliance for advertisements in such media that include references to past results."

In effect, the state bar's guidelines reinstated the ban on including information about past results, at least in radio and TV commercials and on display ads such as billboards. And in an action that brought the point home, the bar notified Rubenstein that it had withdrawn approval of several of the firm's advertisements. When Rubenstein continued to run the ads, the bar initiated disciplinary proceedings against him.

In March 2014, Rubenstein filed an action in the U.S. District Court for the Southern District of Florida, headquartered in Miami, seeking a summary judgment declaring that the bar's guidelines interpreting the supreme court rules violated his commercial speech rights under the First Amendment.

Judge Bloom analyzed the Florida restrictions under the U.S. Supreme Court's intermediate-scrutiny standard for evaluating regulations on commercial speech that was set forth in its 1980 decision in Central Hudson Gas & Electric Corp. v. Public Service Commission. Under the Central Hudson test, the bar must be able to show a substantial government interest advanced by its restrictions on commercial speech that is not false or deceptive, or does not concern unlawful activity. The bar also must show that its regulations advance the interest asserted and are no more extensive than necessary to advance that interest.

While acknowledging that the bar has a governmental interest in regulating lawyer advertising as commercial speech, Bloom held that its guidelines failed under the other prongs of the Central Hudson test.

First, Judge Bloom stated in her opinion, "the bar has presented no evidence to demonstrate that the restrictions it has imposed on the use of past results in attorney advertisement support the interests its rules were designed to promote."

And second, she wrote, the guidelines "amount to a blanket restriction on the use of past results in attorney advertising on indoor and outdoor display, television and radio media. The bar has not demonstrated that the prohibition's breadth was necessary to achieve the interest advanced, or that lesser restrictions—e.g., including a disclaimer or required language—would not have been sufficient."

The outcome in Rubenstein was welcomed by First Amendment experts and advocates of lawyer advertising who were interviewed by the ABA Journal.

"It's a case where a state bar's guidelines, which typically are designed to help attorneys interpret a state bar's rules, actually chewed up the rules and then spat back an all-new presumption that past-results advertising on some forms of media generally is not permissible," says Clay Calvert, director of the Marion B. Brechner First Amendment Project at the University of Florida. "It's akin to a comment in the Restatement (Second) of Torts eviscerating an entire section or legal theory."

"It seems intuitive," Calvert says, "that ads on highway billboards, as well as TV and radio commercials, are limited in the sheer amount of information they can convey about past results because of space, size and time features. Additionally, such ads are fleeting—you drive by a billboard at 70 mph, the 30-second radio commercial disappears into a song—and thus they don't provide consumers much time to thoughtfully mull over the facts contained in them, compared with, say, an ad on the Internet or in the newspaper.

"Unfortunately for the Florida Bar," he says, "intuition is not evidence and, specifically, it is not evidence that past-results ads on billboards, TV and radio are more likely to be misleading than those in print newspapers, magazines and on the Internet."

In Calvert's view, "Judge Bloom nailed it correctly by rigorously applying Central Hudson's requirement that a regulation on commercial speech must, in fact, directly and materially advance a substantial interest. Simply put, governmental paternalism must be grounded on actual evidence that it truly helps the public; and here, there not only was no such evidence, but contradictory data. The direct-and-material-advancement prong of Central Hudson really provides the First Amendment teeth in the test."

Calvert and other experts say the decision sends a clear message. "This may only be a lone district court decision, but the court's logic is sound and the decision bodes well for the First Amendment and might just stop other states from enacting similar measures," says Calvert. And Deepak Gupta, the founding principal of Gupta Beck in Washington, D.C., which represented Rubenstein, says, "This decision is likely to have a major national impact. It says to state bar regulators across the country: 'Don't try this at home. If you're considering emulating Florida's restrictive approach, you will face a First Amendment challenge and you will lose.' "

As far as the Florida Bar is concerned, the case is closed. Its board of governors rescinded the guidelines in the wake of Judge Bloom's ruling in December. "The bar will not appeal," says Barry Richard, a shareholder at Greenberg Traurig in Tallahassee who was lead attorney for the bar in Rubenstein. "The board of governors has repealed the rule that was at issue."

This article originally appeared in the March 2015 issue of the ABA Journal with this headline: “Bragging Rights: Federal court strikes down Florida Bar restrictions on lawyers citing past results in advertising.”