Federal panels are taking a harder look at nondisparagement clauses 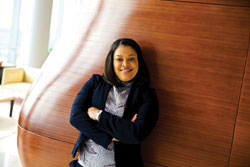 Quicken Loans hired Lydia Garza in 2006 at its Scottsdale, Arizona, Web center. Like 1,700 other mortgage bankers for the Detroit-based lender, Garza signed an employment contract with broad confidentiality and nondisparagement provisions. She agreed to hold “in the strictest of confidence” any “nonpublic information relating to or regarding the company’s business, personnel, operations or affairs,” including personnel lists, handbooks, and co-workers’ personal and contact information.

Garza also pledged not to “publicly criticize, ridicule, disparage or defame the company or its products, services, policies, directors, officers, shareholders or employees” in “any written or oral statement or image” including emails, blog posts or website comments.

When Garza and five co-workers left Quicken in 2011 for rival Loan Depot, their former employer sued them for violating the contract’s noncompetition clause, as well as provisions prohibiting ex-employees from contacting or raiding Quicken’s clients.

Garza called in the bureaucratic equivalent of the cavalry, filing an unfair labor practice charge with the National Labor Relations Board. Last June, the NLRB upheld an administrative law judge’s ruling that Quicken’s confidentiality clause violated the National Labor Relations Act by restricting employees from discussing compensation or job conditions with co-workers or union organizers.

The ruling is part of a trend, practitioners say, in which the NLRB and U.S. Equal Employment Opportunity Commission are taking a harder line against broadly worded contracts, policies and severance agreements that ban or discourage workers from communicating—with each other, union officials, the media or the government—about their employment, pay or working conditions.

Sheena Hamilton, who practices labor law at Armstrong Teasdale in St. Louis, notes that the decision, Quicken Loans Inc. and Lydia Garza, echoes other recent NLRB rulings that recognize workers’ rights to communicate about their jobs. In 2012, the board invalidated a Costco employee handbook provision barring the retailer’s employees from comments that “damage the company … or damage any person’s reputation.”

Although typically involved in union-management disputes, the NLRB also protects the rights of nonunion workers under Section 7 of the NLRA. This provision protects all employees’ rights to “engage in other concerted activities for the purpose of collective bargaining or other mutual aid or protection.”

In the Quicken Loans case, the board also rescinded the nondisparagement provision, upholding the administrative law judge’s ruling that “within certain limits, employees are allowed to criticize their employer and its products as part of their Section 7 rights” to appeal to co-workers and the public for support.

The NLRB noted that Section 7 protects even defamatory statements made for employees’ “mutual aid and benefit,” so long as the remarks don’t constitute malicious falsehoods, threats or harassment.

Hamilton warns that policies prohibiting employees from complaining to the media, without exceptions recognizing Section 7 communications, will be found unlawful. The NLRB recently struck down a DirecTV handbook clause requiring employees to check in with the PR department before talking to reporters, reasoning that broad restrictions might chill protected speech about labor disputes.

Hamilton is on the lookout for broad restrictions that now seem dubious in light of recent case law.

It is not enough to add a vague savings clause purporting to exempt activity protected under Section 7, Hamilton says, since most employees will not be expected to have memorized federal labor law. She recommends “plain English” that specifically recognizes protected communications on wages, hours, and other terms and conditions of employment. If attempting to limit speech or disclosures, employers should provide specific examples of prohibited conduct, she says. For example, employees working in publicly traded companies may be specifically warned against disclosures that may constitute insider trading or other securities law violations.

If carefully drafted, confidentiality clauses usually withstand legal challenge. Every business has some confidential information that should be protected, says Sabrina Rockoff, an employment lawyer with McGuire, Wood & Bissette in Asheville, North Carolina. However, Rockoff recommends that these provisions be tailored to the workers and secrets involved. When drafting or revising confidentiality provisions, she says employers and their counsel should ask some basic questions: “Why is this here? What information are we really trying to protect? Does this employee have access to this information?”

Rockoff also notes that the EEOC is beginning to look askance at nondisparagement clauses that may reach speech protected by Title VII of the Civil Rights Act. Last July, the commission sued book distributor Baker & Taylor for requiring 25 departing employees to sign a “broad, misleading and unenforceable” severance agreement prohibiting any “disparaging remarks” about the company or their terminations that might “reflect negatively” on the company or damage its “reputation and goodwill.”

Although the provision allowed the employees to respond to subpoenas and cooperate with government investigators, the EEOC objected that the language arguably limited the employees’ right to communicate or file charges with federal, state or local antidiscrimination agencies.

The case settled without a court ruling, but in February the commission filed a similar federal lawsuit against CVS, alleging that the drugstore chain conditioned employees’ severance benefits on an agreement that interfered with their rights to communicate with the commission. In a press statement, the EEOC’s regional attorney for its Chicago district, John Hendrickson, said such agreements are an attempt “to buy employee silence about potential violations of the law. Put simply, that is a deal that employers cannot lawfully make.”

In May 2012, the NLRB’s general counsel issued guidance on restricting employees’ use of social media, using redacted examples from actual cases. Social media rules that passed Section 7 muster included a prohibition on “discriminatory remarks, harassment and threats of violence”; comments that “could be viewed as malicious, obscene, threatening or intimidating”; and “posts that could contribute to a hostile work environment on the basis of race, sex, disability, religion or any other status protected by law or company policy.”

The GC also identified social media policies that violated workers’ Section 7 rights to communicate with colleagues or union officials about employment conditions. Those included warnings to “think carefully about ‘friending’ co-workers” on Facebook and “report any unusual or inappropriate internal social media activity.”

It’s unclear whether federal courts will adopt the NLRB’s and EEOC’s harder lines against confidentiality and anti-disparagement clauses. For now, though, these federal regulators seem intent on protecting that most cherished of rights in the American workplace—the right to complain about your boss.

This article originally appeared in the July 2014 issue of the ABA Journal with this headline: “Shop Talk: Federal panels are taking a harder look at nondisparagement clauses.”