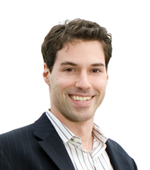 Third-year law students typically focus on finishing school, finding a job and passing the bar exam. But Georgetown University law student Mike Sacks has added another task: Being first in line this semester for all oral arguments before the U.S. Supreme Court on cases of wide political or public interest.

It’s an unusual goal but Sacks, 27, likes to do things differently. Since graduating from Duke University in 2004, he’s taught high school in London, adapted Paradise Lost into a screenplay and worked as a freelance writer.

His current project has a literary twist as well. Sacks, who graduates in December, is writing about his experience on his blog, First One @ One First, a nod to the court’s street address. He’s also using the experience for an independent study on the Roberts court. His interviews with people in line supplement his research.

Sacks admits he’s missed the first spot a couple of times, most notably for the oral arguments in early March for McDonald v. City of Chicago, a gun control case that attracted a large crowd. Sacks, who had “stress dreams about the line,” arrived at 8 a.m. Monday for the Tuesday morning hearing, securing third place behind a California couple who had staked their spots at 5:30 a.m. He spent the next 26 hours outside with some turkey sandwiches, a computer and a lawn chair, prompting one blogger to label him “law student of the day,” even though the wait forced him to skip two classes.

Sacks, who hopes to land a clerkship, work on Capitol Hill or perhaps join the legal or political press after graduation, developed his plan after realizing he had no morning classes on the same days the high court hears oral arguments.

Though it’s a challenge to balance school and his blog with sleep deprivation and toes frozen from waiting outside, he is determined to stick it out for the semester.

But why is it so important to be first in line?

“Aside from knowing you’ll get in,” Sacks explains, “you also get a very good seat.”