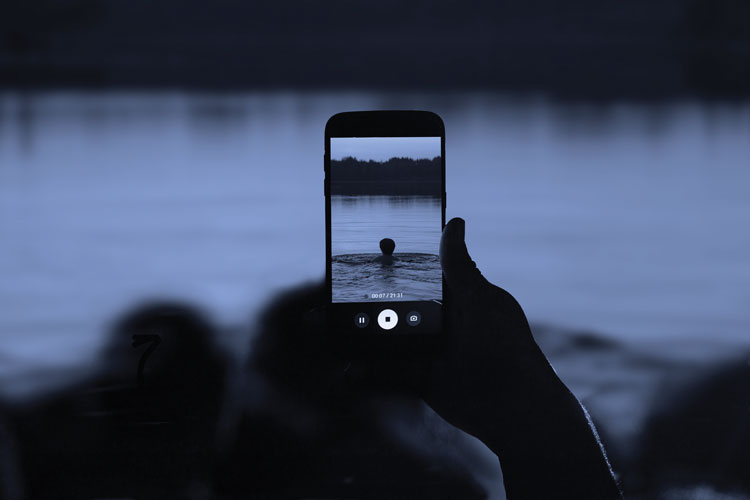 The teenagers laughed as they watched Jamel Dunn drown.

“Get out the water, you goin’ die!” yelled one of the teens, caught on video.

“Ain’t nobody finna help you, you dumb bitch!” another one called. “You shouldn’t have got in there!”

They were right on both counts. The body of Dunn, 31, was found last July at the edge of a pond in Cocoa, Florida. The unidentified kids didn’t intervene directly or call for help, although they had a smartphone. Instead, they made fun of Dunn as he died, then went home and put the video on social media, where it eventually got at least 20,000 comments on Facebook.

The video came to the attention of police after Dunn’s body was found and the teens were identified. But originally authorities said the video wasn’t evidence of a crime—because it’s not illegal in Florida to stand by and let someone die.

After a public outcry, Cocoa police Chief Mike Cantaloupe suggested charging the teens with misdemeanor failure to report a death, a public health code violation. A spokesman for the local state attorney’s office says the office is still considering whether that law applies.

But Florida Sen. Debbie Mayfield, whose district begins just south of Cocoa, would like something stronger. In October, she introduced a bill that would make it a misdemeanor to fail to provide reasonable assistance to an endangered person.

If it passes, Florida would be in a distinct minority of states that impose a duty to rescue people in distress. As law students quickly learn, the rule in the United States is you have no duty to rescue a stranger—and legal scholars are divided on whether that’s a good thing.

Supporters say a “bad Samaritan law” might save lives and penalize behavior that many find repugnant. Opponents say it would be difficult to enforce and have unintended consequences, including putting would-be rescuers in danger.

“Do you really want these kids, who are 17, 18 years old, to go into the water and try and rescue somebody else?” says David Hyman, a professor at the Georgetown University Law Center. “Do you want multiple fatalities? Because that’s what’s at stake here.”

Numerous European countries make it a crime not to render aid to a stranger in an emergency. Several photographers were investigated under such a law in France after the car crash that killed Princess Diana, although no one was ever charged.

Yet Americans are off the hook for a stranger’s emergency in every state but Minnesota, Rhode Island and Vermont. In those states, if it’s known that a person is in serious danger and someone can intervene safely, it’s a misdemeanor not to try to help or call the police.

Florida will join them if Mayfield, the state senator, has her way. Her bill, SB 516, imposes a duty to provide reasonable assistance when people see another person in imminent danger of grave physical harm. Violations are a first-degree misdemeanor, but that increases to a third-degree felony if the defendant records the incident and puts it on social media.

Mayfield declined requests for comment for this story. But a similar bill died quickly in the Arizona state legislature earlier this year. SB 1016, authored by state Sen. John Kavanagh of suburban Scottsdale, was narrower than the Florida bill because it imposed only a duty to call the police. Nonetheless, it was criticized as unworkable by the left and the right.

Kavanagh says libertarian-leaning Republicans in the Arizona legislature thought his bill was government overreach. He suspects Democrats were opposed to any attempt to create new crimes. He acknowledges that enforcement would have been difficult, but he saw the bill not so much as a tool for prosecutors as a statement about what people owe one another.

“To me it’s a basic human responsibility to save somebody’s life, especially when it takes such minimal behavior,” he says. “I felt that the main purpose of the bill would have been to make it illegal not to, so that people knew this was their responsibility.”

This article was published in the June 2018 issue of the ABA Journal with the title "Bad Samaritan: Proposed Florida law resurrects the debate around the legal duty to help someone in distress."