By Joseph B. Cahill 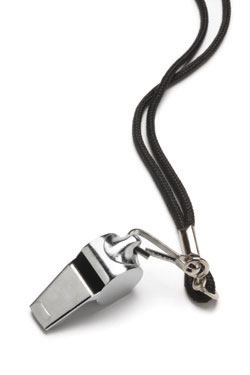 A Securities and Exchange Commission lawyer-turned-financial industry watchdog, Siedle is raising an investment fund to cash in on the agency’s new whistleblower program.

After missing big frauds like the Bernie Madoff swindle, the SEC hopes the financial incentive will bring in more tips that lead to successful enforcement actions.

Siedle sees opportunity. In return for a share of the awards, he offers his expertise as a fraud investigator to would-be whistleblowers lacking the financial and legal know-how to develop a claim that piques the SEC’s interest.

“Our job is to do compelling research to convince the SEC to pursue an investigation,” he says. Siedle has carved out a niche helping mutual funds, pension plans and other institutional investors root out fraudsters. He says his firm already has an interest in 100 claims that might qualify for whistleblower awards. What he needs now is money to finance the investigations.

That’s where, ideally, investors come in. Siedle hopes to raise about $1.8 million to cover three years’ worth of operating expenses, about the length of time he reckons it will take for award money to start rolling in. Investors would own a stake in the fund’s share of any awards.

He started small, seeking a few thousand dollars through a crowdfunding site—in the form of donations, not equity investments. Since posting the call for donations in February, he’s raised $1,000. Ironically, he may have to seek equity through a more traditional private placement if the SEC doesn’t issue rules soon for crowdfunded equity offerings.

Awards under the whistleblower program could be significant, he says. The SEC is offering tipsters 10 to 30 percent of recoveries that exceed $1 million. The program covers a range of offenses, from insider trading to brokerage scams and accounting fraud at public companies. Previously, the agency offered whistleblower awards only in insider trading cases.

Still, it remains to be seen how generous the SEC will be. Since issuing rules for the program in late 2011, the agency has given out one award. Last August, outgoing SEC chief Mary Schapiro trumpeted a nearly $50,000 payment to an unidentified whistleblower, representing 30 percent of the first installment collected on sanctions of more than $1 million, according to the agency’s website.

“The whistleblower program is already becoming a success,” said Schapiro in a press release. “We’re seeing high-quality tips that are saving our investigators substantial time and resources.”

The potential return for investors also will depend on the SEC’s ability to secure recoveries large enough to trigger a payout. Chicago lawyer Allan Horwich, a senior lecturer in securities law at Northwestern University and a partner at Schiff Hardin, points out that “a lot of cases are resolved for less than $1 million.”