Friendlier State Legislatures Lead to a Rise in Anti-Abortion Legislation 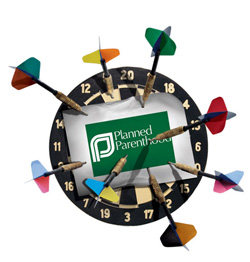 South Dakota may be one of the least populous states in the union, but at 77,000 square miles, it’s the 17th-largest. In that vast expanse, there is only one abortion provider—a doctor who flies in once a week from Minnesota to the Planned Parenthood clinic in Sioux Falls.

Time and distance could prove formidable if you’re seeking an abortion in South Dakota, but as of March, those are just two hurdles a woman faces. A new state law extends the waiting period for an abortion to 72 hours from 24 hours. During that period, women are required to visit a crisis pregnancy center, run by ideological or faith-based organizations, where they receive “counseling, education and other assistance” to “maintain their relationship with their unborn children,” the law says. Doctors must first screen women for unspecified “risk factors associated with abortion”—data that is widely disputed in the medical community.

“The South Dakota law is the worst law in a series of worst laws,” says Elizabeth Nash, public policy associate at the Guttmacher Institute, which conducts research on reproductive health and family planning.

South Dakota’s abortion law may be considered the most restrictive in the country, but there are more than a dozen other states with similar regulations in the pipeline. According to the Guttmacher Institute, 570 measures seeking to restrict abortion access have been introduced in state legislatures since the beginning of 2011, and a number have become law. Analysts say the scale and scope of abortion-related bills on the books this year is unprecedented.

Nash says the sheer number of restrictions and their attacks on different aspects of abortion rights make 2011 a more worrisome year. “While we’re seeing all these attempts at restriction, we’re not seeing any progress being made to prevent unintended pregnancy,” she notes.

Instead, anti-abortion groups are striking while the iron is hot, pushing through an agenda with one primary goal: Stop abortions. With the help of legislative majorities, sympathetic governors and a coordinated strategy, anti-abortion activists are getting as close to undermining Roe v. Wade as they have in four decades.

“I really believe this is the moment,” says Sue Swayze, legislative director for Indiana Right to Life. “The pro-life community is enjoying this moment, but it’s really the voters. I think we’re taking it back. I think, while abortion may be legal, it’s starting to run its course.”

Since 1973’s landmark Roe decision, which extended privacy rights to decisions on abortion, opponents have pushed to see how far states can go in limiting that right.

In 1992, the court replaced Roe’s heightened scrutiny standard with the “undue burden” standard for abortion restrictions. Under Planned Parenthood of Southeastern Pennsylvania v. Casey, a law cannot create a “substantial obstacle in the path of a woman seeking an abortion before the fetus attains viability.” The Casey court recognized viability as the point at which the state interest in the life of the fetus outweighs the rights of the woman, allowing abortions after this point to be banned entirely, except when medically necessary.

At the time Roe was enacted, viability was considered around 24 weeks; but with changing technology and scientific research, anti-abortion activists now say it occurs earlier. Interpretations of what constitutes a “substantial obstacle” and “viability” have become pivotal to the abortion debate.

It wasn’t until 2007’s Gonzales v. Carhart decision that the anti-abortion movement recognized an opportunity. In its 5-4 decision, a more conservative court upheld the 2003 federal Partial-Birth Abortion Ban Act, finding it did not impose an undue burden on a woman’s right to seek a late termination of her pregnancy.

But while the court’s position in Carhart may have opened the door a crack, a new crop of conservative legislators at the state level is trying to kick the door down.

“I would say it’s a ramped-up attack,” says Jennifer Dalven, director of the American Civil Liberties Union’s Reproductive Freedom Project. “We’ve seen versions of this—the sort of chipping away at Roe—for many years. But this year, instead of using a chisel, they’re using a jackhammer.”

Alabama, Arizona, Indiana, Kansas and Texas have passed ultrasound viewing requirements; and, as of June, similar legislation was pending in Florida, North Dakota, Oklahoma and Texas. Eight states are resuscitating Congress’ failed attempt to defund Planned Parenthood, and private insurers are also being targeted: Thirteen states prohibit plans that participate in the insurance exchange from including abortion coverage. Since 2010, Idaho, Indiana, Kansas, Nebraska and Oklahoma have banned abortions after the 20th week of pregnancy, based on “fetal pain”—the premise that a fetus can feel pain by this point of gestation, even if it hasn’t reached viability.

For advocates of abortion rights, the challenge also lies in deciding when and where to mount legal attacks on a growing list of restrictive state laws. Attorneys say they’re making calculated choices, instead of being lured into every abortion fray.

“We’re facing a host of conservative lawmakers who want to push their agenda no matter what the consequences to women,” says Gretchen Borchelt, senior counsel for the National Women’s Law Center. “It’s a real challenge.”

In Indiana, a federal judge granted an injunction sought by the ACLU and Planned Parenthood to block the nation’s first law cutting off millions in federal dollars to the women’s health care provider.

The law prevents Medicaid patients from obtaining services at Planned Parenthood and other facilities that provide abortions, with the exception of hospitals and ambulatory care centers. Indiana also requires doctors to read a script to abortion patients stating that life begins at fertilization, and that a fetus can feel pain at or before 20 weeks.

The ACLU and Planned Parenthood claim the law violates the First Amendment, as well as federal Medicaid rules. Despite the fact that the U.S. Department of Justice has filed a brief opposing the Indiana law, anti-abortion advocates say it could become model legislation for other states.

Indiana Right to Life, which spearheaded the legislation, says the group received advice from anti-abortion organizations across the country to craft legislation that could withstand judicial scrutiny. “I’m not sure what will happen with the court challenges, but I’m glad it’s being challenged,” Swayze says. “I don’t want [the laws] to be in an iffy state—let’s get on with it to see if it will stand or not.”

Anti-abortion activists insist the tide is turning across the country, as evidenced by all the legislation seeking to restrict abortion, if not to end it outright. They point to Alabama, Louisiana and Mississippi—three states attempting to define human life as beginning at conception.

The question of whether the U.S. Supreme Court will wander into the fray to clarify a woman’s reproductive rights is at the heart of this state-to-state battle. Yet few are willing to predict how a new set of justices would rule on the issues.

“We just hope Justice [Anthony M.] Kennedy would hold with the majority as he did in Casey,” says Nancy Northrup, president of the Center for Reproductive Rights, which is challenging abortion restrictions in Mississippi, Oklahoma and Texas. Kennedy joined with Justices David H. Souter and Sandra Day O’Connor, both of whom have since retired.

“Any of these cases would be supported by the facts and the law that these are undue burdens on a woman’s right to abortion services,” says Northrup. “We’re going to challenge [these laws] based on Casey, along with the fact that they are unconstitutional in other ways.” The lawsuits address defending abortion providers, suing illegal protesters and challenging ultrasound requirements.

On the other hand, says Dana Cody, executive director of the Life Legal Defense Foundation, a Napa, Calif.-based anti-abortion group, “Roe is on a collision course with itself based on the science. Roe was a decision based on judicial activism. I’m hoping if any of these [new] laws do go to the Supreme Court, they’ll understand their role, separation of powers, and follow the law and not try to overturn or create laws because they want a certain outcome. If they’re intellectually honest looking at the science, we have a pretty good chance of prevailing.”