Having Faith in Marketing 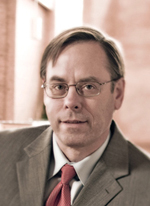 On the back pages of the weekly bulletin for parishioners of the Catholic Community of Saint Jude in New Lenox, Ill., is an unassuming ad for the legal services of Daniel Adler, a member of the church and a solo attorney with a long-standing practice in nearby Joliet.

Surrounded by callouts for local painters, florists, dentists and real estate agents, Adler runs a regular advertisement for general services that include wills, real estate, contracts and the like. It’s nothing fancy—just his photograph and a few lines of type.

“I’ve had quite a few people call because they’ve seen my little ad in the back of the bulletin,” says Adler, who now pays $65 per month for the message he has been placing for some 20 years.

“Dollar for dollar it’s pretty good advertising,” he adds, noting that he picks up about one new client a month as a result of the promotion.

While some may criticize such marketing as hokey, lawyers who regularly advertise in liturgical newsletters say these ads can be an effective marketing tool, particularly for locally focused solos whose success hinges on increasing visibility in the communities they serve. It doesn’t hurt, for instance, that Adler regularly attends Saint Jude’s services or that he was a former president of the parish counsel.

“I’m there, I’m at the church and people see me,” says Adler, who has even gained adoption and divorce cases from the ads, which in deference to Catholic doctrine, refer only generally to “family law.”

PART OF THE MIX

Not all denominations condone advertising of professional services in church publications. But for many Catholic parishes—and some Lutheran, Greek Orthodox and nondenominational congregations—it appears to be common practice.

The outlet can be an affordable part of the overall marketing plan, says John Olmstead, a St. Louis business consultant for solo and small-firm attorneys.

“Like anything, it’s a marketing mix—one thing reinforces the other,” says Olmstead, who recommends that solos also have a strong website and employ other means of local advertising. “Over time, you have to look and see if there are returns on the investment.”

If a multitude of attorneys in the church already are promoting their services, adding another name to the bulletin could just be a waste of precious promotional dollars, Olmstead adds.

Branford, Conn., solo John Leonard says he has had success with comprehensive tactics. In addition to advertising in his local church bulletin he maintains a website, attends chamber events and serves on a local school board. “I do a lot of networking.”

What it comes down to quite simply is finding ways to reinforce a reputation of trust, says Susan Cartier Liebel, founder of the online education site Solo Practice University and a lawyer in Northford, Conn.

Advertising in the church “is a very realistic extension and part of one’s natural community,” she says, adding that church members “are more inclined to reach out to one of their own in time of distress.”