How law, family and history shaped my career 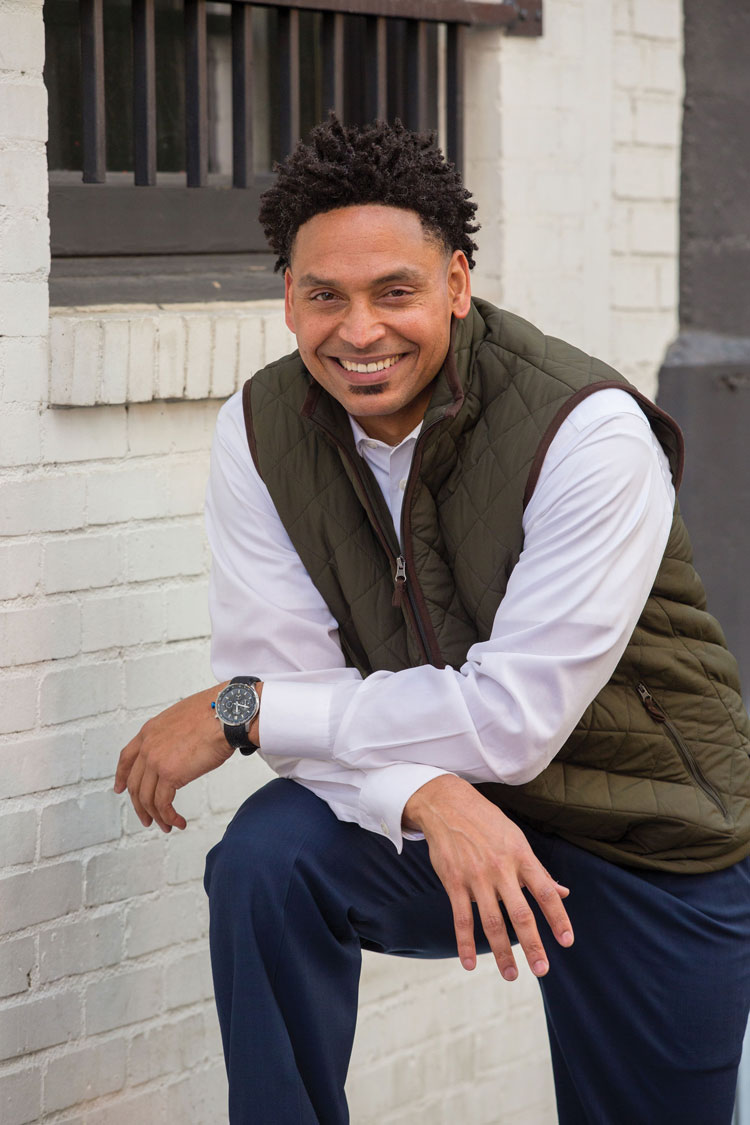 Life is a dance. For more than a decade, the legal profession has been the floor on which I’ve danced. It’s been hilariously comical, painfully awkward and immensely powerful. At its best, practicing law is a medium through which we experience and discover who we are when the lights are the brightest, when we’ve fallen short and when we dare to lead. That is our profession’s genius. Here’s what I’ve discovered while dancing to our profession’s mesmerizing tune.

Practicing law has a way of confronting us—exposing our imperfections and insecurities. However quick and witty we think we are, whatever sleight of hand we employ, despite our most cleverly conceived tactics, we cannot escape ourselves. In those moments of self-doubt, I’ve asked myself, “Do I have what it takes?” I got answers from my parents.

My parents are from St. Martinville, Louisiana. My grandfather worked two jobs. His primary job was as a laborer at the local canned goods factory. His second job was as the janitor at the local bank. Being the janitor required him to work in the evenings and in the early morning before going to the factory. My father and his two sisters took turns accompanying my grandfather before and after school to help him complete his tasks. This resulted in evenings and early mornings at the bank.

Early mornings with his dad drilled a mastery of discipline into my father. It served him well. My father went from working as an animal caretaker (feeding and cleaning up after rodents at a cancer research facility), to starting as a roustabout in the Gulf of Mexico oil fields, to attending college, to becoming a petroleum engineer, to elevating himself to high-level management positions in two of the world’s largest oil and gas companies.

My mother’s grit equaled my father’s. She is one of 12 and graduated from college with a degree in music education. She student-taught at a high school in the projects where 15-foot-high fences decorated with concertina wire enclosed the school grounds for safety. Students and staff carried weapons. She even recalled the time when a student pulled a knife and threatened to stab her. My mother went on to obtain her master’s degree in guidance and counseling, and she worked at St. Martinville Junior High and St. Martinville High School. She and her sisters were blessed with beautiful voices. Known as the James Sisters, they represented Louisiana in a cultural exchange program with France, traveling the French countryside singing at various engagements. After retiring from education and counseling, my mother returned to work as a counselor at the high school I attended. In those four years, she gave me a master class in communication, love and service.

I sourced my ability to dance from my parents. In the darkest times, they are my answer.

After graduating from college with a psychology degree, I taught seventh- grade Texas history and reading at Pearland Junior High South in Pearland, Texas. I also coached football and basketball. I wanted to increase my earning potential and pursue a career that opened doors across various professions. I called on my cousin Mark Chretien, who is a patent attorney at Greenberg Traurig in Houston, for advice. He asked me, “Have you ever considered law school?” In that moment, before I could even answer the question, my dance had begun.

Mark’s question led me to a range of experiences. It led me to LSU’s Paul M. Hebert Law Center, where my lone escape from studying was tailgating on Saturdays in preparation to watch my cousin Ryan St. Julien play football for the school. I somehow survived my 1L year, which allowed me to study abroad that summer in Lyon, France, to travel to London, Paris, Athens, Mykonos, Rome, Normandy beach and run with the bulls in Pamplona, Spain. Those experiences paved the way for me to move to New Orleans to clerk for a federal judge after graduation.

After New Orleans, I found my way to Denver to clerk for then-Chief Judge Wiley Y. Daniel of the U.S. District Court for the District of Colorado. One of the most important conversations we had was about his participation in the Landmark Forum, a development program designed to teach participants to “put the past in the past” and create a life they love. The Landmark Forum gave me a level of peace I didn’t know existed and paved the way for me to hit the ground running as a criminal prosecutor at the U.S. attorney’s office in Denver. My heart skipped a beat every time I was in court and made my appearance: “Jason St. Julien, for the United States.” There is something about representing the United States. The honor. The privilege. The duty.

There will come a time

It all makes sense. All of it.

On Tuesday, May 19, 2020, I did not know that a string of text messages, a bike ride and meditating in a cemetery would lead me to publish a Denver Post op-ed on what my experience was like being a Black man after George Floyd’s murder. What I did know weeks later while sitting on a barstool in my kitchen, was that everything I had ever experienced in life had led to this one moment—the moment I chose to publish the op-ed despite the possible career and life consequences. The title? “The unrelenting, frustratingly delicate balancing act of being Black.”

All the briefs, memorandums and responses I had written in 10 years laid the foundation for me to effectively communicate to readers. Every closing argument I toiled over, trashed and reworked gave me a sense of what I must immediately convey to capture readers’ attention. Each intellectually rigorous foray into some sparsely used legal theory, vague statute or undecided issue provided a certain level of comfort with the unknown. And it made sense. All of it—on a barstool in my kitchen. My life has never been the same.

There will come a time when our profession’s genius will call on the sum of your experiences, shortcomings and victories. However measured, whether noticed or unnoticed, rest assured, your dance will make a difference in others’ lives.

So when the music plays, don’t sit on the sidelines—dance.

This story was originally published in the October/November 2022 issue of the ABA Journal under the headline: “Finding What It Takes: How law, family and history shaped my career.”

#MyPathtoLaw is a guest column that celebrates the diversity of the legal profession through attorneys' first-person stories detailing their unique and inspiring trajectories.

Jason St. Julien is lead counsel of community trust for Airbnb. He is a former federal prosecutor, and his 2020 race relations op-ed in the Denver Post put him in the Black Lives Matter national conversation.