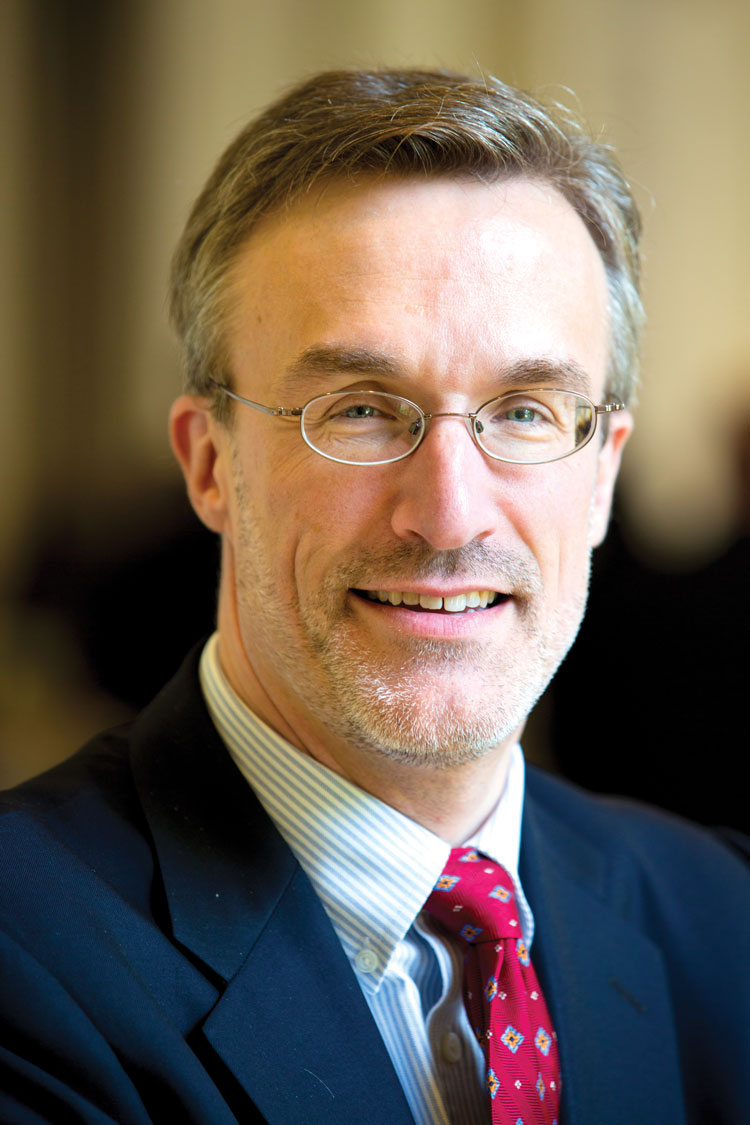 Cary Coglianese: “McGahn is making a pitch that some in the conservative community have been making, that ‘Chevron’ gives the executive too much authority.” Photograph courtesy of The University of Pennsylvania.

Over a number of decades, Congress has pulled back from legislating on hot-button issues for a variety of reasons, some structural and some external—nearly all political. Some argue that its protracted inaction, such as with immigration reform, is a feature, not a bug, ensuring more careful action.

But choosing not to cast yes-or-no votes on divisive issues also helps protect members of Congress from pushback by voters in these increasingly partisan times.

“But still,” says Chafetz, “I find it fascinating that thus far in the Trump presidency, Congress hasn’t fallen in line behind the president. You’d expect that, with the same party controlling both houses of Congress, they would go out of their way to get behind him. Don’t write off Congress just yet.”

When it chooses to do so, he says, Congress still wields one of the biggest tools for doing battle with the other branches of government in policy and politics.

“It can set the agenda,” Chafetz says. “It’s hard to pass laws to constrain the president, especially in the Senate, but there are other tools that sometimes fly under the radar—they don’t look like formal checks, but they communicate with the public and adjust the politics of things.”

Chafetz points to congressional hearings on Russian involvement in the 2016 election as an example.

“They were carefully stage-managed, with a lot of subpoenas, and the intelligence committees questioned people in the Trump campaign and in the administration,” he explains. “With Republicans in control, it might not have been as rigorous as it could have, but there’s a big distance between that and total abdication.

“It’s been surprising to me how vigorous this Congress has been in pushing back against Trump.”

In fact, the first significant legislation signed by the president ran directly against his own interests. In August, Congress overwhelmingly passed the Countering America’s Adversaries Through Sanctions Act, levying new sanctions against Russia and restricting the president’s ability to ease them.

Then, as happens when the branches jockey for position under the separation of powers, Trump issued two signed statements, calling the legislation “seriously flawed” and—for having restricted presidential authority in foreign policy—unconstitutional.

The administration then slow-walked implementation, and three months after enactment, Congress began preparing measures to force the issue.

Then at the end of January, Trump announced that he would not implement the sanctions because they constrain his ability to conduct foreign policy—an area where Congress is weakest vis-à-vis the president under the separation of powers. 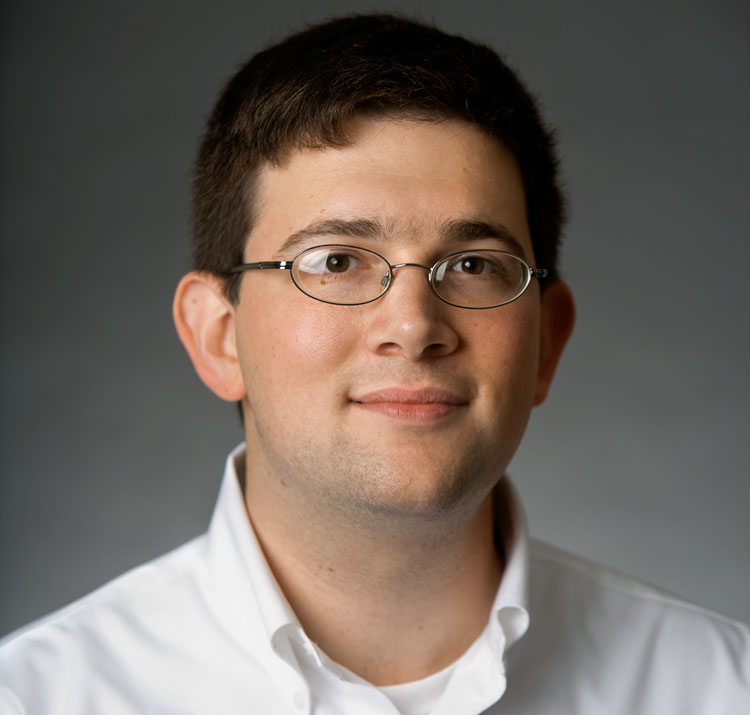 Contentious as that episode seems, there’s a normalcy to it as far as the separation of powers is concerned. But Trump has brought other tools to bear that, while not new in the game, arguably have been taken beyond what the nation has seen before—at least, perhaps, since the brash and combative populist Andrew Jackson, in the first half of the 19th century.

Trump has demolished norms, enough so to spark concerns about long-term damage. Ours is a system of laws and rules, but it is undergirded by norms—those informal understandings that guide social, including political, behavior.

While there has been no dearth of assertive presidents, Trump, a nationalist-populist who appeals to the hopes and fears of many, has his own public style, which they tend to like: direct, unrelentingly in-your-face—and when opposed, attack, attack, attack.

But what would happen to the choreographed synchronicity in that Jane Austen scene if a leading dancer started twerking?

“We can have all kinds of rules in place—these traps in the separation of powers—and they can be wonderful in theory, but they’re still dependent on a web of norms of behaviors,” says Norman Ornstein, a resident scholar at the American Enterprise Institute, a conservative think tank. “When norms disappear, you’re really lost.”

Ornstein has been a nonpartisan fixture in Washington for decades. But, along with co-author Thomas Mann of the Brookings Institution think tank, he broke out of that mold with their 2012 book, It’s Even Worse Than It Looks: How the American Constitutional System Collided with the New Politics of Extremism.

They blamed the radicalization of conservatism for our dysfunctional government. Last September they released a new book, along with co-author E.J. Dionne Jr., titled One Nation After Trump: A Guide for the Perplexed, the Disillusioned, the Desperate, and the Not-Yet Deported.

In an interview, Ornstein ticks off a long list of breached norms during Trump’s presidency, addressed in the recent book. They include the time when he phoned and congratulated Turkey’s President Recep Tayyip Erdogan for his win on a constitutional referendum that gave him sweeping new powers, which most saw as a power grab. Trump owns buildings in Turkey.

Just days later, the president extended an invitation for a White House visit to President Rodrigo Duterte of the Philippines, where Trump also owns property, and where Duterte has ordered thousands of extrajudicial killings of suspected drug traffickers.

That leaves other players in the traditional back-and-forth of politics flummoxed, Ornstein says. Republicans tend to go along, he argues, because they’re getting what they want, such as tax legislation and, at least, enough harm to the Affordable Care Act to endanger its viability. Democrats can complain.

TWEETS AND THE TRAVEL BAN

But, again, the right or wrong of some of these actions sometimes is determined in the eye of the beholder. For example, plenty of conservatives believe that some judicial opinions in which injunctions were issued against Trump initiatives went too far in both style and substance by using as evidence his own statements made during the campaign and elsewhere.

In issuing an injunction against the travel ban, for example, U.S. District Judge Derrick Watson of the District of Hawaii repeatedly used Trump’s own words against him in the opinion, from tweets and other statements.

The judge wrote, with a quote from the Trump presidential campaign’s website, “There is nothing ‘veiled’ about this press release: ‘Donald J. Trump is calling for a total and complete shutdown of Muslims entering the United States.’ ”

“I disagree with the decisions, but the manner in doing so is stunning,” says Blackman, a fan of Trump policies but not his behavior. “There’s no reason why a court needs to cite his tweets. It was totally gratuitous.”

Not so, says Somin, who was born in the Soviet Union (now Russia) and came to the U.S. at age 5 with his family.

“It was necessary because the tweets are relevant evidence of motives, like other presidential statements,” Somin argues. “An official, unmediated statement of the president’s motives is strong evidence of discrimination. Once he behaved that way, the courts had a duty to take account of it.”

However these cases play out, the legitimacy and dignity of the justice system have been dinged.

The president lashed out at injunctions concerning the travel ban, his denial of funds to so-called sanctuary cities, his ban on transgender individuals entering the military and his rescinding of DACA, an executive order that did what Obama thought Congress should have done.

In his venting on Twitter and elsewhere, President Trump variously called the rulings “ridiculous” and the product of “judicial overreach” by “unelected” federal judges in a court system that is “broken and unfair.”

Trump has stoked the fire under simmering issues over the separation of powers.

Optimists hope that is a good thing, forcing the nation to rethink and better understand the most basic principles of our government. Pessimists fear the fabric being torn beyond repair.

There are different perspectives on whether it’s good or bad that a president can do so much on his own, says Grove, the William & Mary Law School professor.

“First, you have to figure out what you think,” she says.