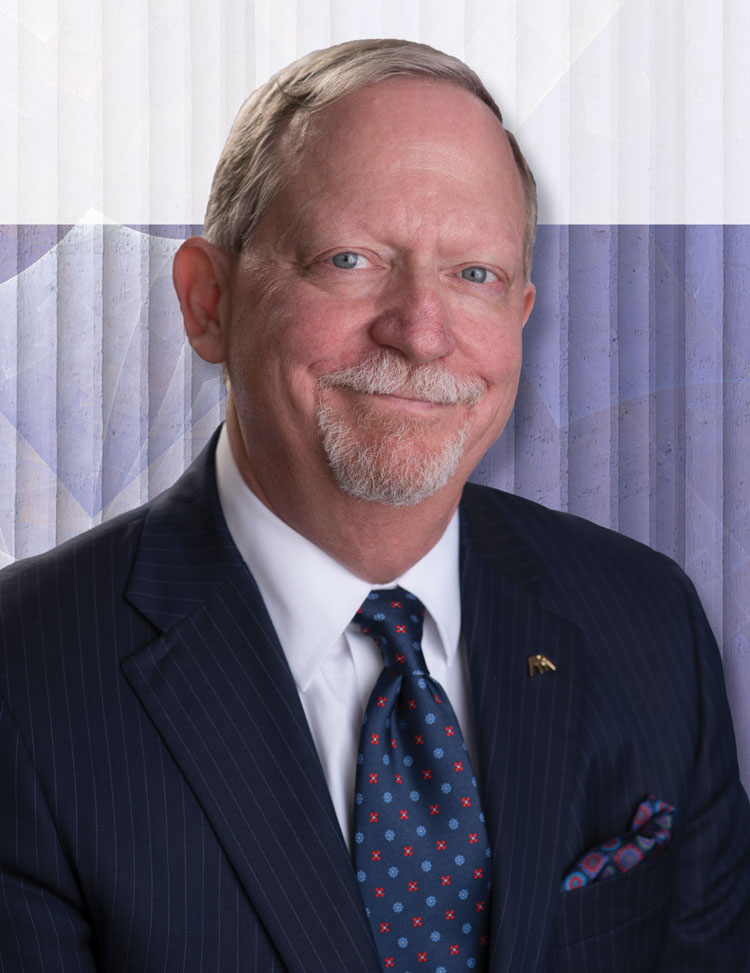 Butte native Robert M. Carlson says that besides practicing law, Montana lawyers take on significant volunteer positions with the state’s food banks, school boards and university alumni associations. As president of the American Bar Association, Carlson hopes to promote the idea that there’s more to being an attorney than providing legal representation.

“Lawyers are a focal part of their communities, and that’s true everywhere else in the country; people look to lawyers to do things,” he says. “The Montana bar is full of diverse lawyers, in terms of practice type and firm size. They are active in this state just about every way I can think of, and without them it would not be as good of a place to live as it is.”

The partner with Butte’s Corette Black Carlson & Mickelson says that for now, he has no plans to create new task forces or commissions during his ABA presidency.

“We have been talking about this as being a relay, not a sprint. There are a lot of good things that are happening, and we want to keep moving them forward,” says Carlson, who hopes that during his term the ABA will carry on its work toward bringing in more members and promoting the importance of an independent judicial system. He’d also like to see continued work involving changes in legal education and bar admissions, and the promotion of wellness for lawyers and law students.

Regarding member recruitment, Carlson mentions ABA Blueprint, which will include new features. The next version of Blueprint will also have a more robust tech infrastructure, with a focus on data analytics that will allow the ABA to make quicker improvements in the app and provide members with more services.

He’s also hopeful about a new membership model that the ABA House of Delegates approved at the August annual meeting. It reduces the dues categories from 157 to five, ranging from $75 for lawyers with less than five years’ experience to $450 for those with 20 or more years of experience. Though new bar admittees (who previously got free membership for a year) would be added to the dues list, other members could see reductions from about $20 to more than $300.

“We think we have a great membership value, and we know we need to do a better job of communicating that,” Carlson says. “We’ve made a lot of strides this year in reorganizing and strengthening the association in years to come.”

An ABA member since graduating from the University of Montana School of Law in 1979, Carlson says he became active with the organization following his time as president of the State Bar of Montana from 1993 to 1994 and a stint on the National Conference of Bar Presidents’ executive council.

“It really opened my eyes to a broader vision of what bar services are about,” he says.

Carlson chaired the ABA’s House of Delegates from 2012 to 2014. “Being able to be in a room with that many bright people from around the country, doing good work on behalf of the profession, is one thing that stayed with me,” he says. “Also, it’s a really diverse group of people—including firm size, practice size, geography, ethnicity, race and gender. If we could get our justices to look a little more like this, we’d be moving in the right direction.”

During his interview with the ABA Journal, Carlson mentioned that the theme for Law Day in 2019 will be “free speech, free press and a free society,” and that the annual pro bono celebration will focus on disaster relief services. And in November there will be a virtual meeting for the ABA Board of Governors set in Chicago with district and section board members participating remotely.

“We’ve been encouraging people to use this technology to hold meetings. Hopefully, if we do this in an organized fashion, it will open up opportunities to young lawyers and solo and small-firm lawyers who can’t leave the office for two or three days,” says Carlson. He previously chaired the ABA Standing Committee on Meetings and Travel.

Carlson also chaired the ABA Day in Washington Planning Committee for two years; co-chaired the Litigation Section’s ABA Resource Committee; and was a member of the Standing Committee on Bar Activities and Services, the Commission on Racial and Ethnic Diversity in the Profession, and the council of the ABA Section of International Law.

LAW WAS ON THE AGENDA

The son of a mechanical engineer and a homemaker, Carlson says he’s known since fifth grade that he wanted to be a lawyer. Inspiration came from historical novels his parents purchased about the American Revolution and the framing of the U.S. Constitution.

After a state supreme court clerkship and briefly working as staff attorney with the Montana Department of Business Regulation, Carlson in 1981 joined the law firm where he still practices. He had always wanted a job with the firm, partially because it represented the Montana Power Co., where his father worked, and members of the firm were well thought of in Butte.

“This was my dream, to work at this firm after law school,” says Carlson, 64. “I can look out my office window and see my high school. Being able to practice in your hometown and make a career out of it—it’s been great.”

He and his wife, Cindy, have three children, and they enjoy walking in the Butte mountains with Tessie, their Portuguese water dog. Carlson also enjoys fly fishing, skiing and watching baseball—his favorite team is the New York Yankees. He is also a University of Montana Grizzlies fan, who before taking a leadership position with the ABA would often make the 125-mile trip to Missoula to watch them play.

Friends describe Carlson, a civil litigator who does insurance-defense work, as someone who listens more than he talks. “Bob is as smart as they come. He gathers information,” says John Schulte, a former Board of Governors member and past president of the Montana bar who practices in Missoula. “He knows how to connect with people and figure out who you are.”

This article was published in the September 2018 ABA Journal magazine with the title "More than the law: Incoming President Robert Carlson sees expansive roles for attorneys."