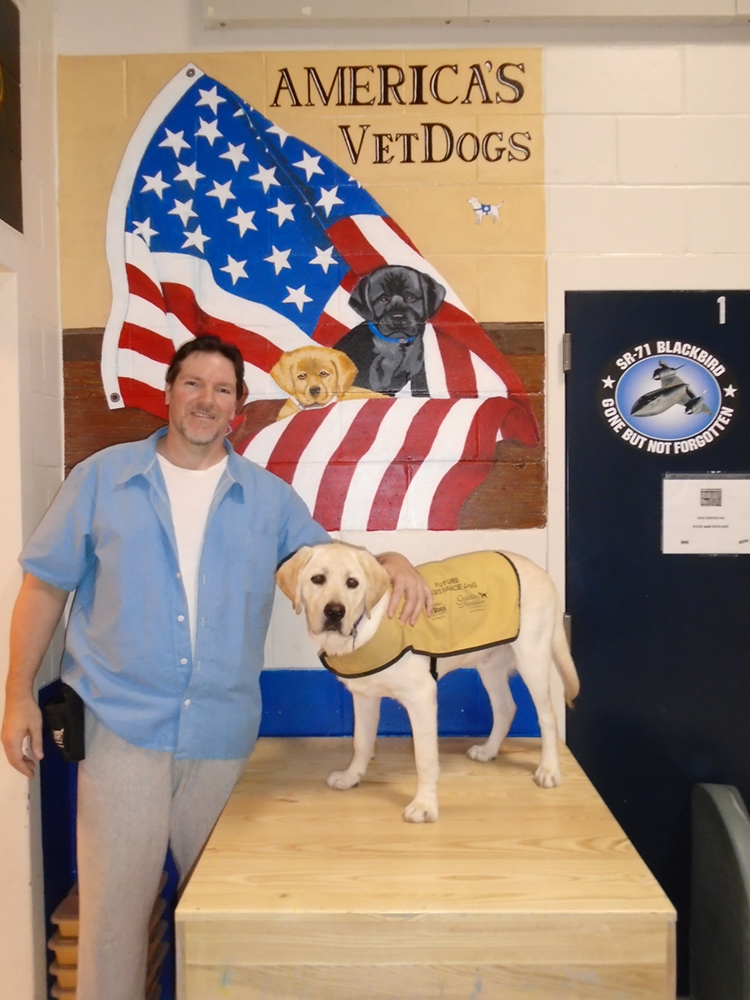 Editor’s note: Douglas Gilding was sentenced to life in prison without parole after he was convicted of first-degree felony murder for his role in a 1997 robbery during which a man was killed. In this column, Gilding, who is a paralegal, describes his efforts from behind bars to amend Florida’s felony murder law.

“Lock ‘em up and throw away the key!” I hear this often, but is it really a sustainable solution? Sadly, I’ve noticed that defending the status quo seems to be the default position for some people. Many politicians today engage in scare tactics, latching on to news stories about the rare inmate who is released from prison and then kills someone. They post on Facebook and Twitter: “See! This is why we can never let criminals out of prison!”

But it’s time to put aside the fearmongering. Of course, there are inmates who pose a danger to society. There are plenty of others, like me, who made bad choices or had addiction issues and can be rehabilitated and released to become productive members of society.

My name is Douglas Gilding. I grew up in a small town in Maine, then went to college in Florida. I was arrested in June 1997 and have been incarcerated since then for murder without being accused of killing anyone. In fact, I received a life ­without parole sentence for what amounted to a 10-minute conversation in a car the night before a robbery. Not actually committing the crime, just talking about it.

Nonetheless, I received a life sentence because of the felony murder rule, which allows a person to be held liable for a murder committed by a co-defendant even if the person was not present when it occurred or the death was accidental. The United States is one of the only developed nations that still has these draconian felony murder laws on the books. This means someone who played a relatively minor role in a crime could spend his or her life behind bars. This type of sentence should be reserved for the most heinous criminals, not peripheral players.

While he was sleeping

In the 2007 New York Times article “Serving Life for Providing Car to Killers,” Adam Liptak tells the story of Ryan Holle. The 20-year-old was partying at his apartment one night when his friends decided to rob a local drug dealer. The only role Holle played in the crime was to loan the friends his car; then he went to bed. His friends, however, went on to rob the dealer and ended up killing a woman in the process.

Under Florida’s harsh felony murder law, Holle was sentenced to life in prison for a murder committed by his friends while he was home sleeping.

“I believe that the purpose of commutations is to undo such obviously inequitable results,” Scott said at the time. “Because Ryan Holle’s responsibility for [the victim’s] death is clearly less than [his co-defendants’], I believe his sentence should likewise be less.”

When I read about Holle’s commutation in the prison law library, I realized my case was very similar: I, too, had received life without parole for a crime that happened while I was asleep in bed.

After watching the gridlock over criminal justice reform in Tallahassee for years, I decided to take proactive steps to try to reform the state’s felony murder law.

In addition to teaching GED classes for other inmates and training service dogs for disabled veterans in a prison VetDog program, I am also a paralegal; so I decided to write a reform bill myself.

I had been following the progress as other states changed or eliminated their felony murder laws, but it seemed that reform bills being introduced were too ambitious for Florida’s conservative legislature. So I attempted to write a more conservative bill that merely amends the sentencing portion of the felony murder statute without deleting any of its provisions.

I wrote the first draft from my cell while the prison was on COVID-19 lockdown. My lawyers, Mark O’Mara and Randy Lambert of the O’Mara Law Group in Orlando, Florida, helped me edit the final draft. Since Holle’s commutation was the inspiration for the bill, I asked them to get his approval to title the bill the Ryan Holle Reform Act, and he agreed.

This very focused amendment to Florida’s murder statute simply caps the amount of time in prison someone convicted can receive at 15 years, as long as the person was not the actual killer or was not a major participant who helped kill someone. As simple as it sounds, this 17-page bill faces massive headwinds from prosecutorial and law enforcement groups who have resisted any efforts to modify the felony murder rule.

I was lucky enough to meet the great people at the criminal justice reform group We H.E.A.R.T. Florida who have worked tirelessly for years to bring about a more “just” justice system. We have recently found some support in the Florida legislature and are hoping the bill gains momentum.

Prisons are overcrowded, and mandatory minimum sentences assure that inmates continue getting warehoused

for ridiculous amounts of time. The Florida prison system, like many others nationwide, is becoming a bottomless fiscal pit with no end in sight. Bills like this one can help alleviate some of the pressure. Fixing broken laws is a bipartisan issue that everyone should be able to get behind.

Public awareness and support are key to getting the Ryan Holle Reform Act passed. You can find out more about the bill at WeHeartFlorida.org and our efforts to make this a reality in Florida.

This story was originally published in the February-March 2022 issue of the ABA Journal under the headline: “Amending Felony Murder: Inmate’s life sentence spurs him to push for reform.”

Douglas Gilding is currently on an interstate transfer to Maine State Prison. To contact him, send an email message to [email protected]

Character Witness explores legal and societal issues through a first-person lens. This column reflects the opinions of the author and not necessarily the views of the ABA Journal—or the American Bar Association.