How to advance mindfulness in the workplace 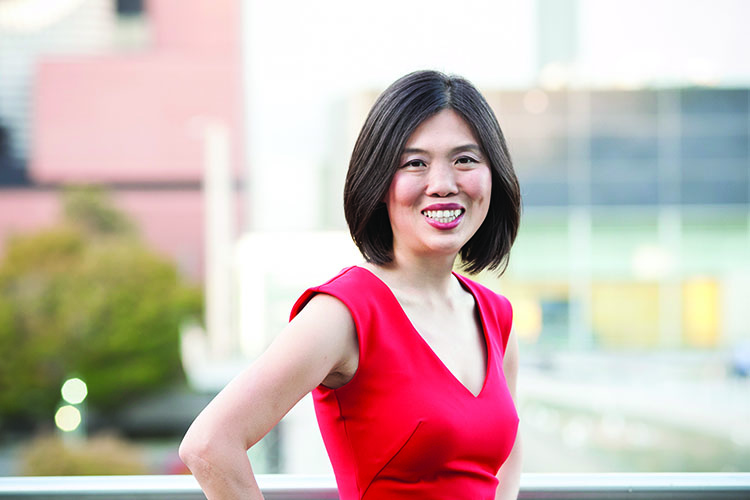 When I teach mindfulness and meditation to lawyers, they often share distressing thoughts. They can recognize the thoughts are not helpful and only increase the stress, but they can’t seem to let them go. I’ll often hear comments such as, “I keep thinking about that hearing I lost months ago and what I should’ve said!” or “I’m writing a response to that annoying opposing counsel’s email in my head while I’m reading to my daughter before she goes to sleep.”

As frustrating as this may be, it’s also reassuring to know that by practicing mindfulness, we can train the brain to be more in the present moment rather than rearguing a hearing from five years ago or fighting with the difficult opposing counsel on a call that’s two weeks away. As explained by Harvard psychologist Ellen Langer, mindfulness is a state in which subjects set aside their mental distractions to pay greater attention to the here and now.

In addition to the psychological well-being and improved cognitive skills such as attention and working memory, mindfulness offers another benefit that is helpful to lawyers: Recent research suggests mindfulness may help decrease bias and lead to more ethical and moral behaviors.

The science behind the results

Benjamin Shapero, a former instructor in psychiatry, and Gaelle Desbordes, an instructor in radiology at Harvard Medical School, both studied the impact of mindfulness meditation on the brain. Brain scans found that after two months of regular meditation practice, there was a notable change in the amygdala. Stimulation of this area of the brain causes intense emotion, such as aggression or fear. When you experience a stressful event, the amygdala triggers a host of reactions, commonly known as the fight-or-flight response. At the same time, we need to learn to better engage our nervous system’s “rest-and-digest” response, which calms the body after danger has passed.

What’s interesting about the human mind is that we can activate the amygdala not only when faced with actual physical danger, such as when a car cuts you off on a highway, but also by our own thoughts. It is only by becoming more aware of our automatic and unconscious thoughts, behaviors and attitudes that we can begin to interrupt them. Mindfulness can help with this. Desbordes’ research showed positive changes in the subjects’ brain activation patterns in the amygdala not only during meditation but also when they were not meditating.

Mindfulness in the workplace

Law firms are increasingly offering mindfulness and meditation training to their lawyers; in some states, lawyers can even get CLE credit for them as part of a wellness requirement. I’ve taught mindfulness at summer associates’ training and firm retreats. These stand-alone workshops are a wonderful way to introduce the concept of mindfulness and review its many benefits. They won’t, however, lead to gaining the benefits without regular practice. There are many programs out there useful to building an individual practice, including apps such as Calm, Headspace and Insight Timer.

When implementing a long-term mindfulness program at a law firm, it is important to get buy-in from the managing partners. Offering education around the science of mindfulness and reviewing its many benefits can help with that. Often, a managing partner may have experienced the powerful benefits of mindfulness practice in his or her own life. I’ll often hear from lawyers who decided to try meditation after going through some crisis such as a heart attack, divorce, losing a major case, depression and so on. I started practicing mindfulness after a long struggle with social anxiety. It’s a tool lawyers can use to better understand their emotional landscape and change their reactions to whatever is happening in their lives.

“The leaders of our SeyfarthLife Steering Committee all practice mindfulness and have seen the practical and beneficial impact in their lives and work,” says Kori Carew, chief inclusion & diversity officer at Seyfarth Shaw in Chicago.

“We don’t offer mindfulness as a ‘perk’ but as an important part of stress reduction, staying responsive rather than reactive, and being the best we can at our jobs,” explains Dia Draper, the firm’s director of attorney development and recruiting. “Because it started at the top and our stakeholders understand its value, mindfulness is a part of our culture.”

Once there’s buy-in from the leadership, the next step is to figure out the structure of the program. Best Best & Krieger offers half-day trainings on what mindfulness is and how to practice it; a series of lunch-and-learns on topics that interweave mindfulness, neuroscience and psychology; a quarterly book club; emailed tips and reminders; and weekly guided meditations.

Beyond the personal benefits, mindfulness programs are long-term investments by law firms in their staff and culture. It’s an acknowledgment that lawyers and staff perform difficult work, and it’s a concrete way firms can support the people delivering high-stakes results for clients. It’s a win for the firm, the lawyers and the clients looking for optimal performance.

This article was originally published in the April/May 2020 issue under the headline, “Advancing Well-Being in the Workplace: Investing in a lawyer’s state of mind.”

Jeena Cho consults with law firms on stress management and mindfulness. She co-wrote The Anxious Lawyer and practices bankruptcy law with the JC Law Group in San Francisco.